How To edit repositories for your OM Lx system

The following applies to 'Official Release" of OpenMandriva Lx 4.0 and after. (This is not related to OM Lx 3 at all.)

If you are at all in doubt ask questions in the Support forum first.

The easiest way for user to do this is with the ‘Software Repository Selector’ located in Application Launcher>System. 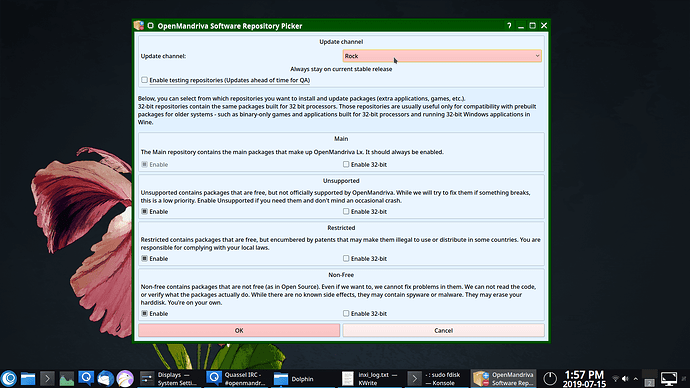 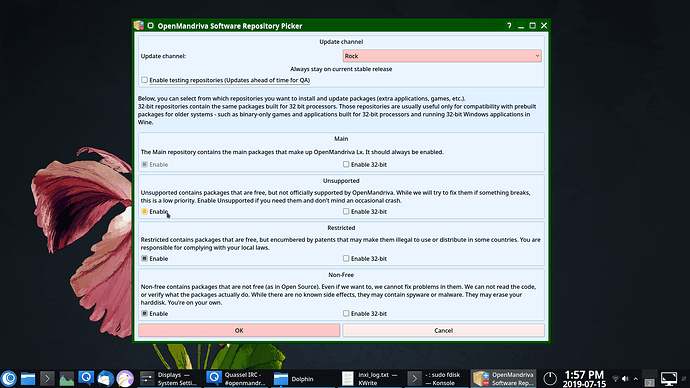 Basic rules to follow. Never change what is in the “Update Channel”. Default installation is “Rock” for most users just leave that as is. Unless you are a tester or QA-Team member you also want to leave "Enable (testing) repositories unchecked. (Packages in testing repos can and sometimes will break your system.)

Resources Index
Failed to synchronize cache for repo
Install NextCloud and its dependencies (LAMP)
ben79 (Ben Bullard) May 19, 2019, 2:47am #2

The sharper minds out there will have noticed that in addition to the “Rock” Update Channel discussed above there are also Update Channels called “cooker”, “rolling”, and “rock”. These are repository files for the different OpenMandriva releases which follows a 3-tiered release model. Brief description is:

Cooker - Cooker is and always has been the development branch or Mandrake/Mandriva/OpenMandriva. It is where developers work. It is highly experimental (on purpose) and Cooker is not stable. Most of you should not even consider using Cooker. When we say it is for developers we mean it.

Rolling - Is a new concept where OM QA-Minions at some point move latest Cooker packages to a rolling release we very creatively called Rolling. It is for users that want the latest and greatest packages. Like any “bleeding edge” distribution of Linux problems are more likely. While it should be generally stable users that get frustrated by problems or don’t know how to fix things themselves should not use this. If you choose to use Rolling then by implication you acknowledge responsibility for being able to deal with some problems and breakage.

Rock/Stable - Stable is the actual latest stable release of OpenMadriva. Rock is Stable but the difference is that the Rock repo files are designed to automatically upgrade user when there is a new stable release. Using OM Lx 4.0 as an example since it is current. If you use “release” repos you will always have packages and updates from the 4.0 repository. If however you enable Rock instead today you will get packages from the 4.0 repository but when OM Lx 4.1 (and subsequent) release happens you will be automatically switched to 4.1 repositories and automatically upgraded to 4.1.

The two most important things about OM Lx Releases are:

Do not under any circumstances do either of the above. If you do you will cause your computer to break and probably cause your city, country, and planet earth to change in unspeakably horrible ways. If you do this the wrong way don’t bother posting for help on this forum. Do a fresh install instead.

So some of you will have noticed “Enable 32-bit” so you might be wondering why?

The 32-bit repos are provided to install 32-bit software like Steam. You should only enable these for installing and updating those few 32-bit applications that gamers or others might wish to install. Do not update your x86_64 or znver1 OpenMandriva system with 32-bit repos enabled or things horrible and onerous beyond your comprehension may result.

If you find a mistake I made just send me a PM and I’ll correct it.

If users encounter any issues with this do not post here. Please open a new topic with a descriptive title in the ‘Support’ forum and detailed description what you are trying to do and what you have done.

If you are at all in doubt ask questions in the Support forum first.

There is a way to edit repo files with Dolphin/Kwrite (or Kate if you prefer). Let’s see if this can be described in pictures. 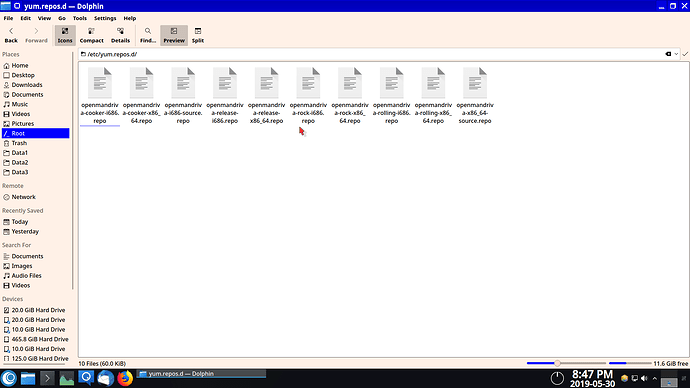 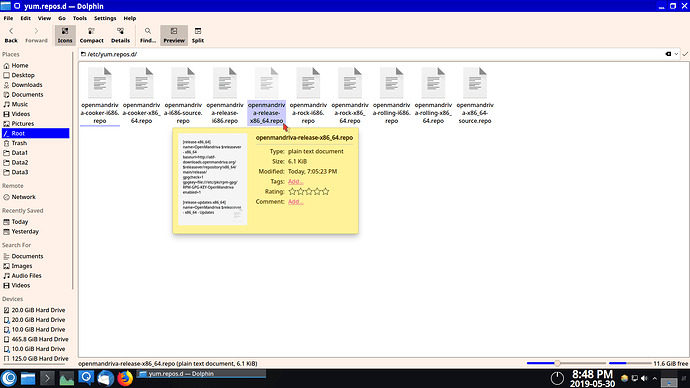 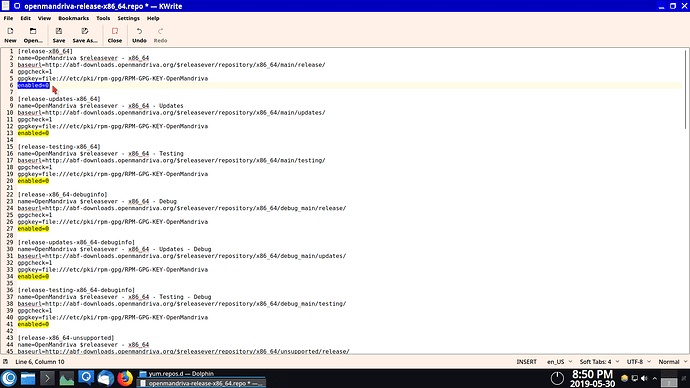 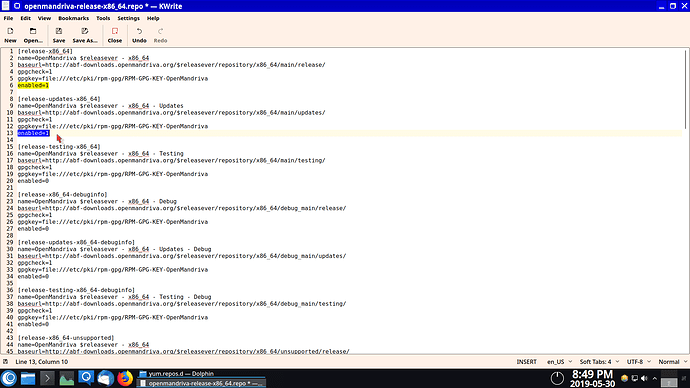 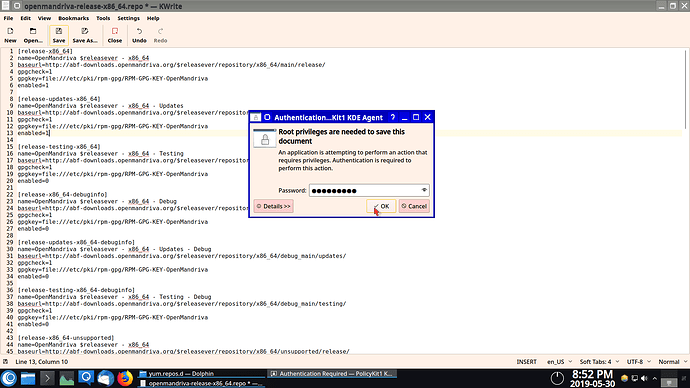 There is another quick way to do this from command line (Using x86_64 Rock system as an example):

To enable main repository (should be already enabled by default):

To enable restricted repository (some packages in this repository may be illegal in some countries so be careful):

To enable non-free repository (closed source code so we can’t fix anything inside these packages):

If you wish to disable any repo substitute the option --disable for --enable. With the above example you should be able to extrapolate the commands to enable or disable anything you wish for any version. (Hint if you wish substitute either release, rolling, or cooker for rock.) (For different arch substitute znver1 for x86_64.)

And this is extremely, ultra, majorly, important. Do not mix the repository versions. If you pick Rock use Rock only. Same for Release, Rolling, and Cooker.

Cant get google-chrome to install or chromium (Solved!)