Hi All,
As you have probably seen TPG has put up an ISO for potential release.
He would like a GO/NOGO by 2nd June which is a week away. This gives us 7 days
so we can be reasonably thorough.
One area which I would like to draw your attention to is that the default
install is now ext4. I have been using f2fs up till now and there has been
instability which I can’t pin directly at it’s door. As a precaution when
making bug reports please say which filesystem you are using for your system
partition. I have also had issues with plugging in usb devices for me it was
lockups when plugging in usb serial devices. If you have time plug in a few
devices just to make sure that hotplugging is ok.
Please do your best to provide logs when filing bugs I know sometimes there’s
no log to be had; in those circumstances just say no logs available or
something similar. That was devs don’t have to waste time asking for them.
Happy Testing
Best,
Colin

Just in case it could help someway, I installed OMV LX 3.00 and I keep it updated up to now. The system is on a 60 GB f2fs partition of a SSD device. /home is in another 2.6 TB ext4 partition in a HDD. Boot is in MBR partition where I can launch also a Window 8 system via Grub. I have not seen any sign of instabilities

Testing in virtualbox virtual machine.
Plymouth doesn’t show up in system installed. The strange is that it does when running live mode.
Filesystem: ext4

I didn’t report it because I had no time to search more and, because of my work, I keep working with Lx 2014.2.

The problem is that nVidia proprietary driver cannot be used. It stall during boot. No black screen. It boots in text mode (no Plymouth) and, after some seconds, it stops and only Ctrl+Alt+Del works, rebooting the computer again. No X, no error or warning in screen. no black screen. It just stops.

After installation of build 1034, nouveau driver was set. It worked, but with a lot (I mean A LOT) of glitches, As it was said that previous Lx 3.02 (build 760) was for testing the xorg driver, I worked in that way (no nouveau but xorg driver). In 1034, nouveau was automatically set. Because of the glitches I tried (yesterday) to set up the proprietary drivers. But, again, as before, it stops during boot.

Do you know if there were some fixes or optimization regarding nVidia driver? I just found some messages regarding nvidia drivers here in the forum, but no solution appeared (I just look for an hour, not a “deep search” really). Now, I’ll search in the Bugzilla.

PS: I tried adding “nokmsmode” (“nokmsboot” already present) in the boot menu, but it didn’t work.

Please, in this topic only feedbacks for ISO build 1070

Thanks.
Alternatively, please install 1070 ISO and report any issue.

I just ask if there were any fix/optimization/improvement regarding nVidia driver between build 1034 and build 1070.

If not, then probably I’ll post a bug report (still downloading build 1070).

Please, don’t misunderstand me either

I’m trying to keep the forum neat (as much as possible).

This candidate release cannot get a GO because of ignoring Artwork Team requests.
It’s de facto complete disregard of the agreement between Developers and Design.

Wel…
I’m running and writing from build 1070 in Live Mode.

I don’t know which video driver is using. I guess is “xorg” driver, as inxi says is not nouveau nor proprietary nVidia driver:

So… It isn’t worthwhile to install this version? Or we can install to test before the final candidate ISO release?

A note: there are a lot LOT of glitches in the screen. So this video driver (vesa, xorg, nouveau, whatever it is) is usable, but it has some problems from the point of view of a final user.

I don’t know which video driver is using. I guess is “xorg” driver,

I think so too.

nVidia drivers should work, without so many artifacts in the middle of the screen. I’m using proprietary nVidia in 2014.2 without any problem.

If installing proprietary drivers using MCC is a problem, at least give a recipe of how to solve the problem !. 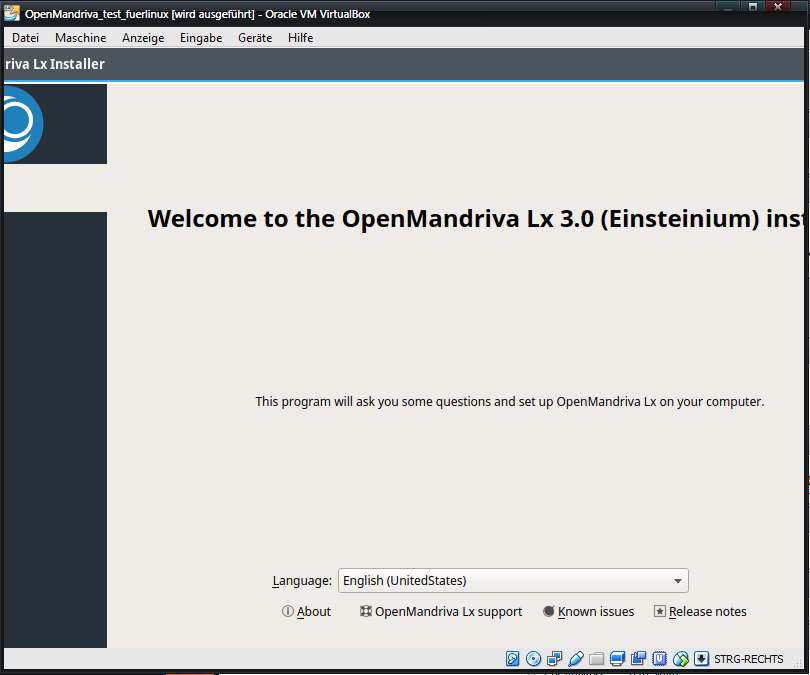 maybe it is not bad if there be grafics vboxdrivers into…

These are closed source drivers. We do not want to have them on ISO.

Please test it well.
This ISO does not have any new software, only changed Plasma menu as suggested by @rugyada