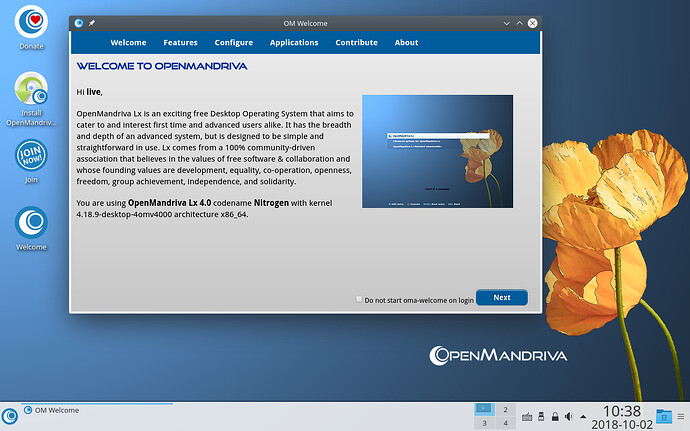 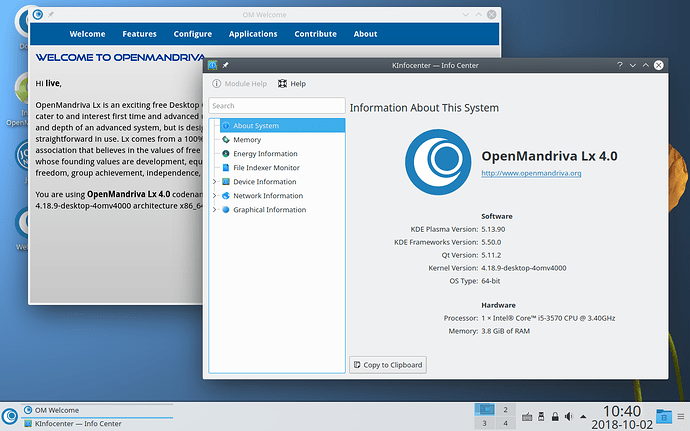 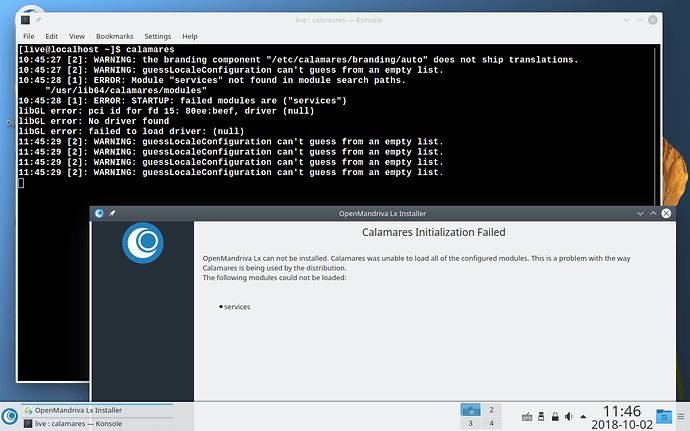 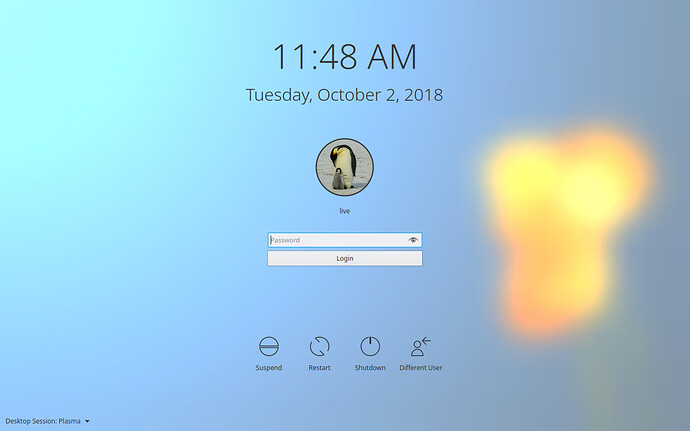 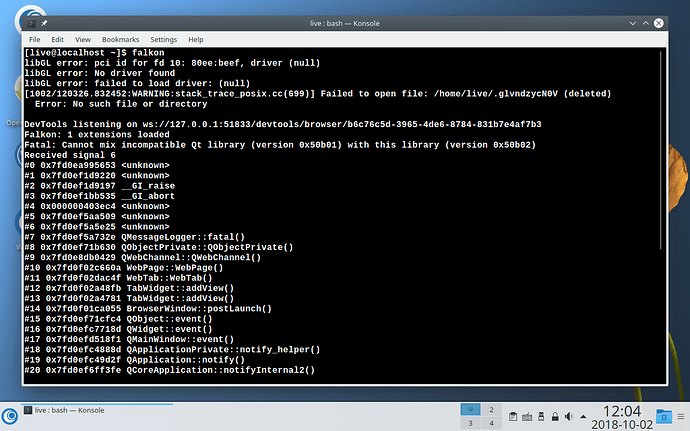 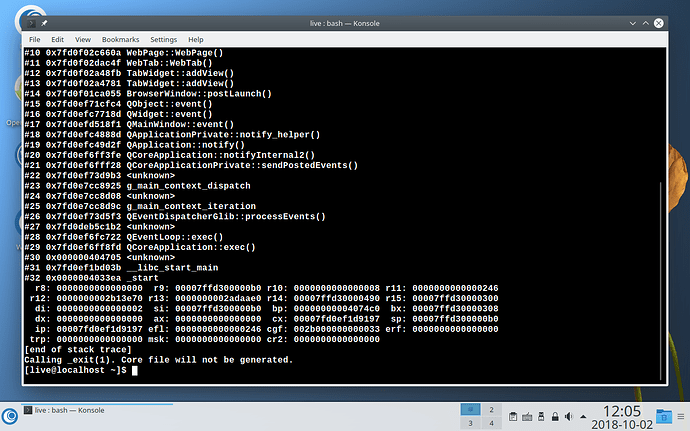 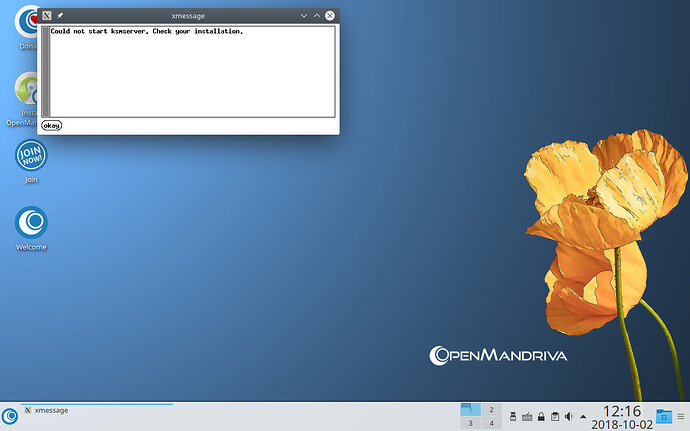 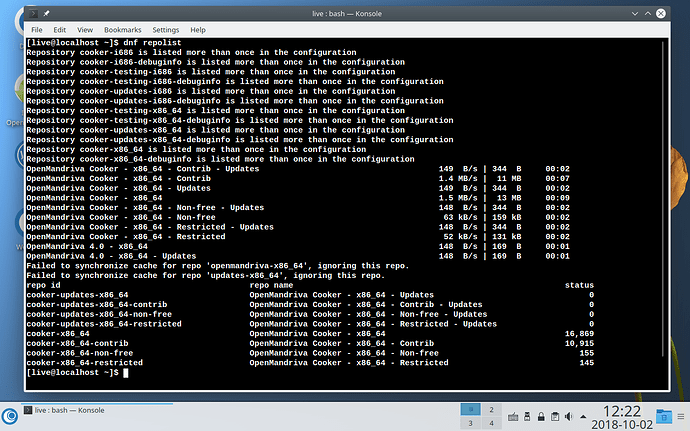 Hi Ruru,
I just did a new build and can confirm the calamares issue; the services module is missing. As for the slow startup something is blocking the X server if you do ctrl+F2 (i.e. try to get a virtual console) the system will startup immediately. Doing this seems to trigger the bootup to continue.

yes the report above is for 2232 Plasma ISO.
I added just now 3 more screenshots with pkexec /usr/bin/calamares -d command for a verbose output. Hope it helps.

something is blocking the X server if you do ctrl+F2 (i.e. try to get a virtual console) the system will startup immediately

Did not know, will try thanks.
In my opinion the calamares issue need to be solved asap, so we can test the system installed.

Ummm… Noodling around with it feels like things underneath still aren’t ready. Like the already noted LO crashing desktop. Here’s a little thing that should be fixed soonish.

This is because permissions for /usr/share/konsole/OMV.profile are set to 0644. I believe our users would be happier if we set this to 0744 so user can change look of their konsole. Obviously the work around is:

this also shows consequences of workaround for konsole permissions.

On a negative note trying to attach a file to thunderbird cashes it sending user on a search for a workaround.

So definitely a work in progress.

But it is good we have an ISO builder that is working, and the download issue is fixed, the graphics in VBox issue is fixed, and except for having to “trick” system in to booting with ALT>F2 >>> ALT>F1 the boot issue in VBox is mostly fixed. Will be interesting to see what devs come up with after mass rebuild is finished new package lists are created and Calamares gets fixed. Things might get interesting.

While we’re talking about things to fix here’s another one. 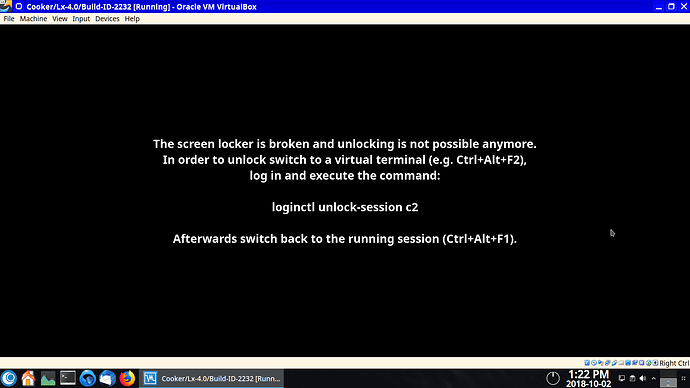 Post-edit: Worth noting is that a lot of problems will likely be resolved by developers finishing mass rebuild and then developers doing their normal magic to get an ISO ‘really’ ready for us Alpha testers.

I believe our users would be happier if we set this to 0744 so user can change look of their konsole.

Why would you want to make a konsole profile executable (644 -> 744: Afterwards executable by owner)?

Also, users certainly shouldn’t be able to write to anything in /usr/share/konsole (because that’s the system wide files used by every user). konsole automatically creates new override files in the user’s home directory when changing settings.

LO doesn’t crash the desktop on real HW (at least not on mine, Threadripper with an AMD GPU). 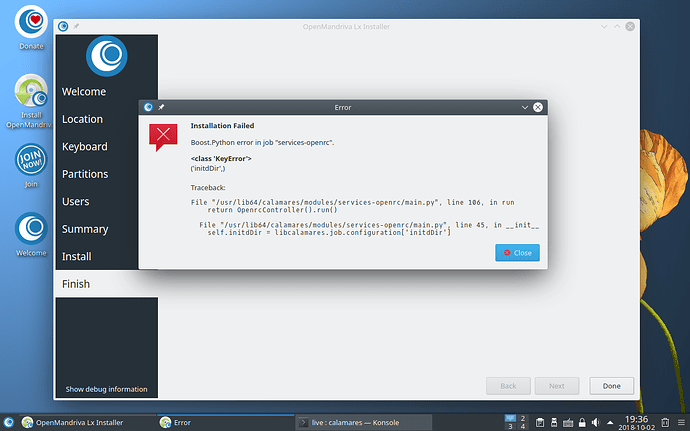 This is because if broken OpenGL/EGL support.

Installed calamares-3.2.2-2 in live mode.
Now better, but installation failed with the error in screenshot

New calamares -3 is building, with fixed settings. If you like you can edit /etc/calamares/modules/services.conf

Thanks @TPG
Now I created a new vbox machine. Will wait for calamares -3 to finish building, install it and report.

Why would you want to make a konsole profile executable (644 -> 744: Afterwards executable by owner)?

That is not what I want but just what I found. What I want and probably users in general will want is simply to be able to adjust their profile without having to resort to a work around. It should be noted that the very first thing the error message says is to “either change the permissions of the configuration of the profile configuration file”. So I would say that based on what @bero says that error message should be changed.

If I was really smart I would have checked permissions on the same file in Lx 3 which are the same at 0644 as they are on the # 2232 ISO so the problem lies elsewhere. But again the point is more related to users being able to set things to their liking without having to resort to a workaround. If there has been a policy change either in OpenMandriva or upstream then the error message should indicate that. It doesn’t so at the moment at least I’m considering this a bug. Post-edit: All I want is to be able to make settings in Konsole in Lx 4.0 exactly the same as I already can in Lx 3.

And apologies if my knee jerked and I did the first thing the error message suggested as a work around. Setting a new profile is the better and safer workaround. 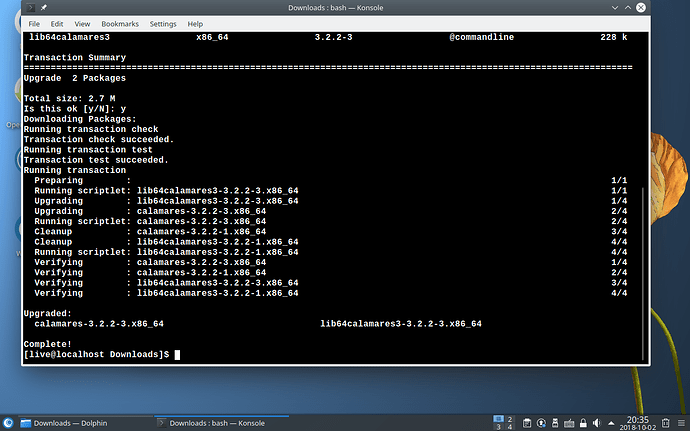 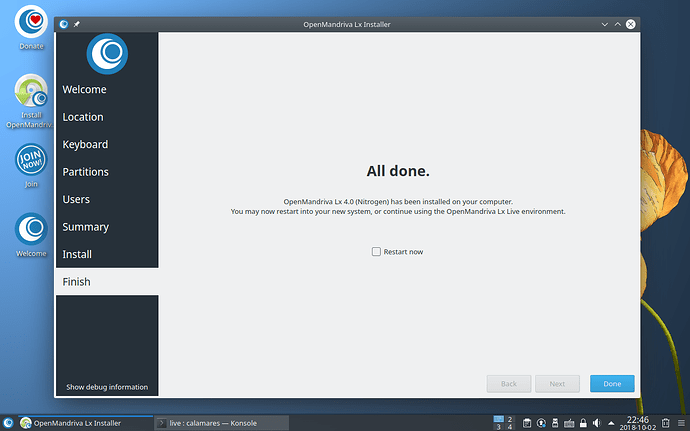 Where is the package? I can’t find.

My brain does not grasp needing to tell dnf to refresh if I’m requesting an upgrade but that appears to be necessary. 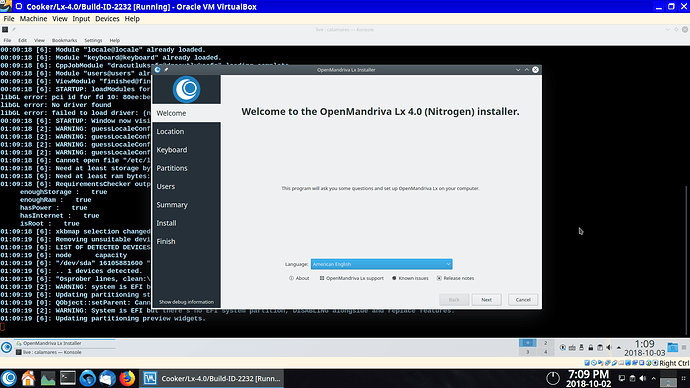 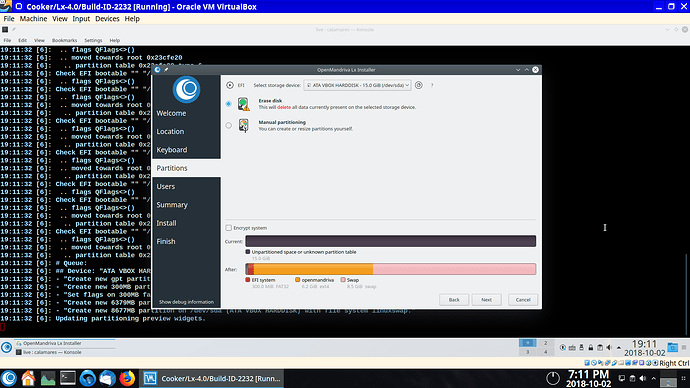 Anyway it’s easy to use ‘Manual Partitioning’ so not much of a complaint unless you think about all the users that will just accept the default.

And it may be worth pointing out to myself and others that we do have some very Pre-pre-alpha testing going on here so maybe premature to be reporting a lot of issues.

But, but, it has been so long since we had anything to test…

OK, so here’s latest result with this version of calamares: 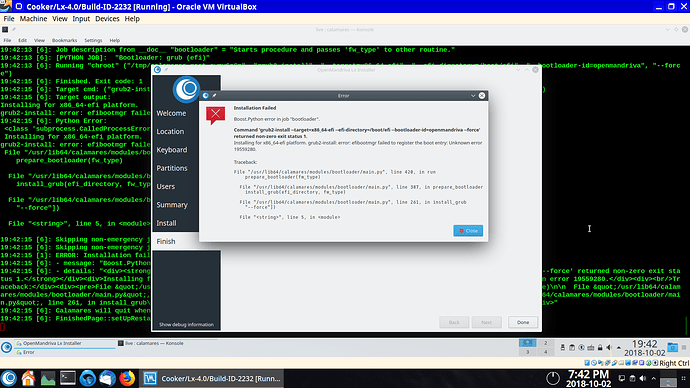 Post-edit: Don’t think this is relevant but just in case here is ‘/etc/calamares/modules/services.conf’:

@ben79 This is very strange error:

I’ve registered an issue for efibootmgr:

I’m building new efibootmgr-17 so please try with it.

However there are partitioning issues in hardware install. I could not install to an existing partition so I ended up installing on some free space I had.

The reason it would not install on existing partition is a case of OpenMandriva mounting disease, I tried umount from cli and unmounting with KDE Partition Manager and neither worked. So I seemed to be forced to install on unused disk space. Not everyone is going to have unused disk space.