I created this topic in order to obtain relevant information regarding the alternatives, with associated benefits and drawbacks, of sharing a common data location between multiple OS versions (primarily Linux/Unix, for now at least)

I did find one topic that showed some relation to the subject, but it is now closed.

I know that attempts to use a common shared “/home” directory are not recommended, but I would like to install multiple OS versions that would have access to the same data through what would appear as their own default (such as “home”) location.

Anyway, I was thinking of multiple dedicated drives, one for the shared data, and one for each of the OS variants. (Maybe different versions of the same OS, I.E., Lx2014, and Lx3.0, could reside on separate partitions of the same OM drive)

As of now, I have a couple of desktop machines, a laptop, a couple phones, and some various assorted generic peripheral devices. (Data on request if necessary)

Any wonderful words of wisdom for me out there… … besides “you’re crazy, don’t do it, you’ll be sorry” etc.?

Seriously, whatever you’ve got and want to share will be greatly appreciated.

In Calamares (Manual Partitioning) or any other Linux installer I have used I simply create mount points for each again calling them /Data1 and /Data2. And obviously don’t format them.

Even if you forget to add the mount points during install process you can simply add a line in /etc/fstab after installing.

This is so easy I’ve been continually amazed it is not more commonly done. Because of this I only use /home for user settings. Also I have multiple Linux systems so if one gets borked it is a trivial matter to re-install if that seems the best way to fix whatever has gone wrong.

This is OT:
Though since FF 57 I have been using Firefox sync instead of the common .mozilla. That came about mostly because XMarks and Last Pass don’t work properly in FF 57 for me.

If I’m not mistaken one can also use a NFS partition and share it with Linux systems and Windows.

That seems very straightforward and simple to implement.

Maybe also add a mount point for a thumb drive that is easily switchable.

What about the symbolic links, how do you like to handle those?

The re-installing part is definitely worthwhile.

I appreciate your help.

What about the symbolic links, how do you like to handle those?

What is a hard and symbolic (soft) link in Linux or Unix? - nixCraft 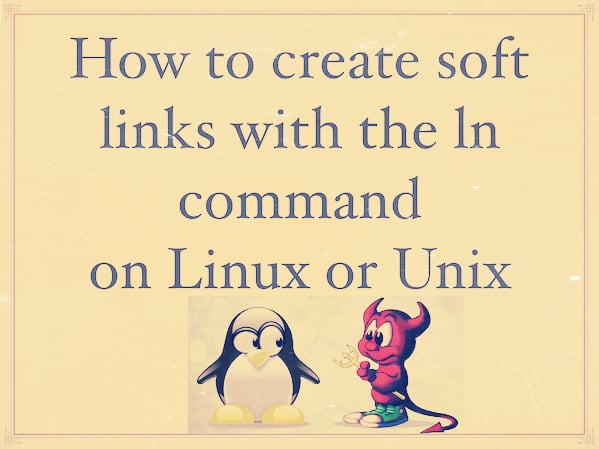 This quick guide explains what is a symbolic link and how to create a soft link (symbolic) under Linux, macOS, *BSD or Unix-like system.

For example to symlink .mozilla you first copy the .mozilla file you want to be symlinked to your data partition then assuming the file .mozilla is now in a partition /Data in each OS:

Note: when you open Konsole or other terminal as user in OM you are usually already in $HOME.

Maybe also add a mount point for a thumb drive that is easily switchable.

This might be more problematic. Thumb drives are not permanent and you don’t want entries in /etc/fstab for something that is not there. Just a thought.

I do basically the same things as @ben79, with different names.
Be aware, however, that when installing a new system, the main user should have the same uid/gid that the owner of the shared partition to simplify the file management.

You also might think about an permanently running NAS as main file storage. That clearly implies that the network can run out of the box!

Personally, I only use the NAS as backup storage.

There may be several ways to approach this.

I asked because I was wondering what, if any, preference you had, and why.

I appreciate your input.

Thanks for the info.

Be aware, however, that when installing a new system, the main user should have the same uid/gid that the owner of the shared partition to simplify the file management.

Yes, this is excellent advice. I learned the hard way…

this is excellent advice