This is a short but a long history too about my OpenMandriva… Since 2016 I’ve watching the fall of its performance, before loosing some important updates thru the Control Center and a block to upgrade the browser Firefox in Mozilla’s ways. But I know… its a common and repeated case here.

The real problem is because now I lost a lot of functions like just be enable to download packages and repositories; to execute some .exe [ as the Firefox 89 used after download the package manually ]; to transfer or receive some files thru bluetooth; to acess my smartphone in the USB port… All during the last week! Its made me knew about the 4.2 and 4.3 versions, but all that limits are blocking me to do the upgrade to try resolve it. And yesterday, my notebook lost the system initializing directly to the bios. Fortunatelly, I have a boot disk in a pendrive, but after reinstall the system its not running, ever staying in that screen’s transition between the power on and the desktop background loaded. 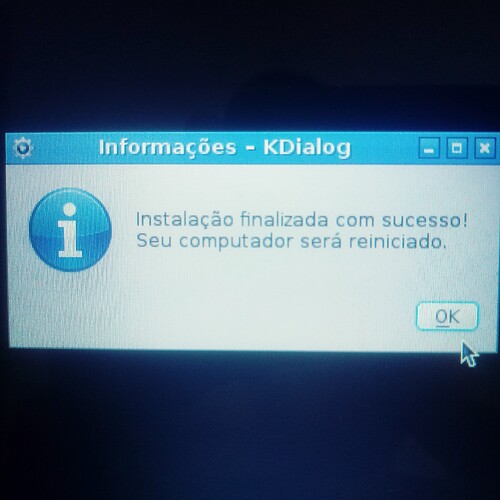 Since 2016 I’ve watching the fall of its performance,

Back up any important data and do a fresh install.

If you can boot to recovery mode it might be possible to fix your current system. To fix things we will need some additional information.

@ben79, I just accepted my Linux notebook as a gift.

Back up any important data and do a fresh install.

If you can boot to recovery mode it might be possible to fix your current system. To fix things we will need some additional information.

txs! I’ve for method backup my main files uploading to GoogleDrive, so I could save almost it all before the boot actions.

3 days after reinstall the system the computer was reinitialized without any files saved inside the folders. for now, I’m preparing the upgrade to 4.2 stable version.

how could I install the KDE isoimagewriter to try upgrade to 4.2 version without use the Control Center, a software pre-installed to burn USBs or a file .exe into the packages available to download?

but can I try it to install 4.2 version?

@m.i.k.a after installing OM Lx 4.2 this and this are a helpful resource. This includes the following:

How to update system

How to update your Rock or Rolling system

And a lot more.

but can I try it to install 4.2 version?

Of course. Why not?

Post-edit: That is why I wrote:

Post-edit: Removed. The steps in the Lx 4.3 install How To should be fine for Lx 4.2. But please do let us know how you get on. Feedback helps a lot.

Maybe its because the OM 4.0.12 version but its just a possibility… Can you translate it for me?

I couldn’t install the Firefox 93.0 package using this command line

select your language, download;
extract archive in a directory at your choice in your home.
The executable is firefox.

I did it first, for sure… but I’ll try again thru this URL. txs @rugyada!

select your language, download;
extract archive in a directory at your choice in your home.
The executable is firefox .

there are a bad way for me again, @rugyada. the file isn’t executable with a double click.

@m.i.k.a I seem to be confused as to what you want to do?

We probably need to back up and find out exactly what you have on your computer. Could you post the out put of these commands here please:

Post-edit: Posted as code the results would look similar to but not the same as this:

Or if you post that information as a screenshot it would look similar to but not the same as this: 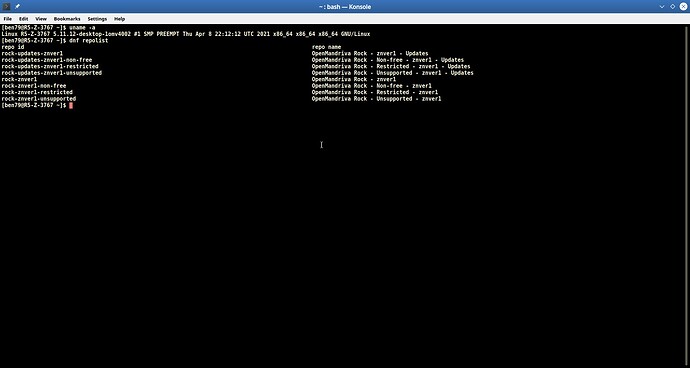 ok guys, I’ll follow your recomendations to post out put that repo commands. but just to clear, I already reinstall the OM LX 4.0.12 thru a boot USB disk and now I’m trying upgrade the Firefox 38 for some newest version before upgrade my OM.

at this moment, the Mozilla’s automatic upgrade is being denied for lack of admistrative permissions; the files .exe of the packages aren’t executable after the download, as the 93.0 version available in the website’s navigator; and any program is available in the Control Center.