We are now moving to new Landing page (LP) design and contents, and your input will be most appreciated.
Here we gather your ideas, thoughts: what should absolutely necessary be on front page? What we see as our face?
What information - or what way of presenting things you see as best?

Please note, this discussion is open for 2 weeks only! This is the limited time when suggestions are accepted, then changes will be much harder to implement. Deadline September 24th 13.00 UTC*

Robert re #3: This caused some controversy with ElementaryOS - so is this wise to force them to select? (Ubuntu does this but they also have a button skipping straight to the download)

Kate L: there should be option “0” - absolutely agree! - that is skipping in fact. Just pschychologically it is not your first choice probably:) May be we will get few hundreds “1” - already good.

rugyada: I’d suggest to change “1” into “2”. It’s still almost nothing, but it doubles the maybes too.

TPG: We need to choose wisely those “few” features as highlight. IMO there should be a “features full list page” with detailed description of technicall stuff.

Robert: technical stuff can keep to the wiki - people don’t care about EFI, kernel, or Java support - just what apps it has and if it works…

rugyada: Options is to use icons from plasma theme.

Robert: Are there also icons from Breeze?

rugyada: The few icons used in template are free (link to come if needed).
We spoke about using Plasma/Breeze icons, as we may need apps icons -and not only apps- and they’re ready to use then without have to look around, check licenses, and more annoying things.

rugyada: Again, this section is mostly as it-was in original template. We may imagine pictures filling the mobile things or any other image we’d like to put there. 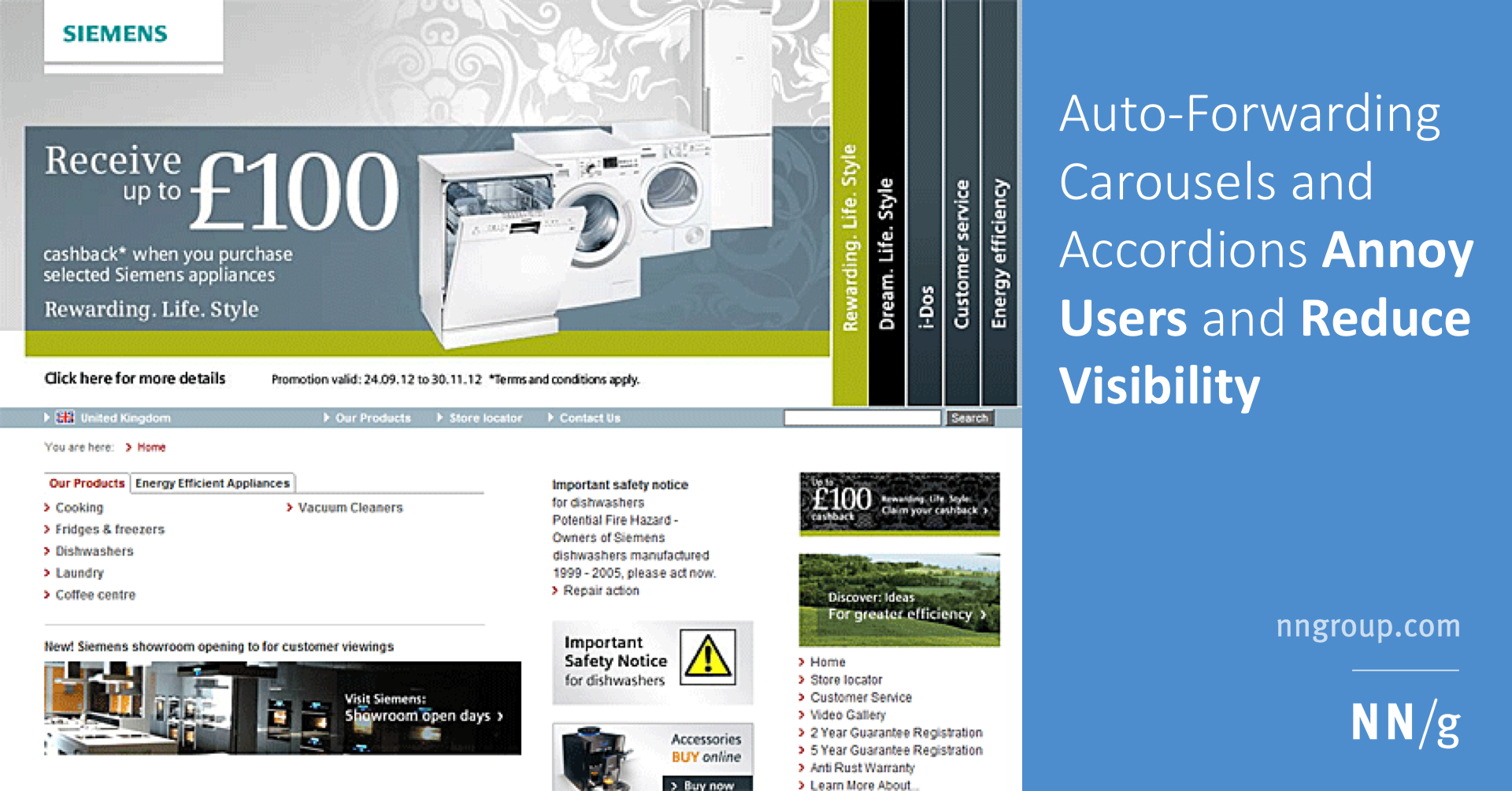 The user's target was at the top of the page in 98-point font. But she failed to find it because the panel auto-rotated instead of staying still.

Points to anyone who hacks the Flickr devs' computers to make their text editors do this when you click on anything.

rugyada on #5: Q: is there any tool for sending emails (content: Blog full articles or simple notification with article title) to subscribers at this tool?

Raphael: Yes there are, i can find them, but in fact i guess we should send a mailing list message only hen there is a new release, I mean, the Big Information

rugyada: So, this feature imho is worthy to be implemented regardless LP topic.

rugyada on #6:I see carousel a mean to show more contents in the same place (hence saving space), however I don’t strongly disagree with dropping carousel in favor of static image.

For example just using the same words we can create;
Passionate,
Innovative.
OpenMandriva LX
A Fun Filled Family
Join us and Rock

This is just a few minutes work just to show how we might approach a change.
This text should change too imho
OpenMandriva Lx
A delicious Linux recipe. Fun flavored
Again an example
OpenMandriva Lx
A five star Linux menu. Uniquely flavoured

The text is corny and appears amataur. it should be re-written or changed completely.

@Colin: I respect your opinion. Disagree, but respect

I think I said this in an email at some point, but a big “Download” button really needs to be front and centre on page load. For most users they go directly from the home page to downloading because they’ve already read about OMA somewhere else and know they want it, so they only visit our site to get the download.

No carousel, download button. It’s not really centered and big, anyway it’s shown as soon as people visit the page.

. We could also make that two buttons that say “Download” and another that says “Explore” too. Whatever you think works best.

Following the latest ideas, if we’re going to have a few subpages I’d say to keep the 4 icons re the 4 features we want to highlight and a link to more detailed features subpage. This way we can just edit very few rows here, and write the new subpage when we’ll need to.

@rugyada will the site be needing any server-side logic or will it handle everything in JavaScript? Because if we could handle such things as redirection based on language in client-side logic (with this script for example) then I think it would be awesome if we could host the whole thing straight off a CDN (I’ve heard nothing but good things about MaxCDN) and leave other Linux distro websites behind in our website’s speed dust. I’d be willing to cover this cost. Wdyt @raphael @jclvanier?

I’m afraid for these tech matters Raph and JCL will answer you at best.

but i could only watch it in mobile version, i’ll tell later for desktop version.

I think ideally we should activate new website with om3 GA.

We could then even focus on it with the nice logo with big 3 on it.

As text, i would be even more concise;

Even with server side logic, we can use any CDN, MaxCDN seems indeed great I see no reason not to use it, just it has a cost…

That’s true Raphael. If we wanted to adjust the page on the backend and still have that speed boost, we can always tell the CDN to cache the page but vary by the associated header.

The only problem with MaxCDN is that to get servers in Asia and Oceania, it’s an extra $15 per month, per subdomain. Considering our website wouldn’t cost that much in bandwidth, this seems a little over the top. Since I’m paying for the CDN, it’d be nice if the site could also get a speed boost from my location

I tried out four different providers today and have compared them below from the point of view of OpenMandriva’s new landing page.
CDN77:
Slower than a bare website (I can get faster page loads from my own server two continents away). Not that cheap either. Minimum deposit is $150(!!). So they’re out of the running.
MaxCDN:
Relatively well priced. Have good reputation. No access to POPs in Asia or Ociania without paying a big monthly fee. Want it to be fast from my location too since I’m paying for it.
KeyCDN:
Cheapest. Pretty good perfomance relative to CDN77. Good web interface. No datacenters in South America as they’re relatively new to the market (we get quite a few visits from South America) so all these requests would be pushed through their Mexico City DC. Can use our own SSL certificate for free! Minimum of $25 deposit but this credit doesn’t expire and would last us months. My speed test page can be seen here.
CacheFly:
Not as cheap as KeyCDN, but even with an inflated estimate of our requirments the cost will likely be small change. Payment is based soley on usage so no initial deposit. The test page I made loads at least twice as fast if not faster from my location compared to KeyCDN (apparently that’s even possible) and would definitely be faster in South America than KeyCDN. Did I mention extremely fast? [I took down the test and used the rest of the trial period I signed up for to speed up my own website ;)] (EDIT: I misread CacheFly’s website. They do not support custom SSL certificates and their own SSL is very overpriced. However we could work around this by hosting the main page on Jasper and putting all the assets through CacheFly.).

So, how about all the new landing page assets run through CacheFly?

@john: your speed test page loads very quickly (with a reasonably fast connexion). Funny, the keycdn home page has the same global look as Rugyada’s one.

Regarding the new LP, I’m not sure I have a real authorized opinion.
Generaly speaking, for me, the simplest is the best and if we can limit the use of the scripts that would be preferable.
In the same way, I am inclined to agree with Colin.

PS: john, how much you estimate the cost of keycdn in our case ? Maybe piwik can give some clues regarding the amount of data.

You seems a better specialist than I am. So if you prefer one, and we are able to have it, I have really no objection (I mean, unless some issue raise later

simple question, are these CDN “push”?