Impossible to install in VirtualBox as controls are off screen

Trying to look at OpenMandriva (after a few years as a Mandrake/Mandriva user back in the 2000s) using VirtualBox, and there seems to be a problem with recognition of hardware, specifically the display size. I’ve downloaded the .iso above and set up a new VM and tried to install. The problem is that all the buttons (I assume) are invisible, so there’s no way I can continue past the first screen (I tried alt-c but that’s obviously the hotkey for cancel, not continue!). My monitor is a 19" widescreen LCD tv/monitor running in 1360x768 resolution. I’ve got a number of other operating systems in other VMs, none of them have any problem with this setup, but it seems OpenMandriva is the exception. I can use the cursor keys to select the option to install, but once I’ve done that and hit ‘enter’, all I can get is the following screen (see linked .png, http://www.meadows.pair.com/mandriva_problem.png) and thereafter I’m stuck. As I said, I guesed at alt-c, but that’s cancel. I really can’t see my way clear to going through an installation guessing at the hotkeys.

Anybody have any ideas, please?

@brian_m Hi,have you tried to install vbox additions on your system ?
There are plenty of results from google when you seach for ‘virtualbox low resolution’

I’ve downloaded the .iso above

3.01 is pretty old now.
For first exploring and try system I’d suggest recent 3.02 series, the latest of them is todays build ISO 1082
Since 3.01 release, there have been many improvements, and you will be able to enjoy OMLx with the latest features.

Anybody have any ideas, please?

I can tell you what I’m doing for install in new VB virtual machines: 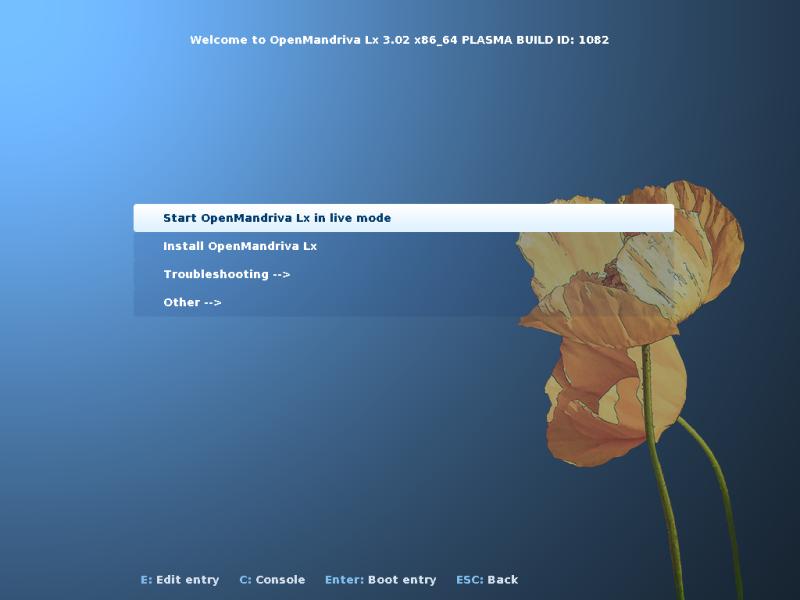 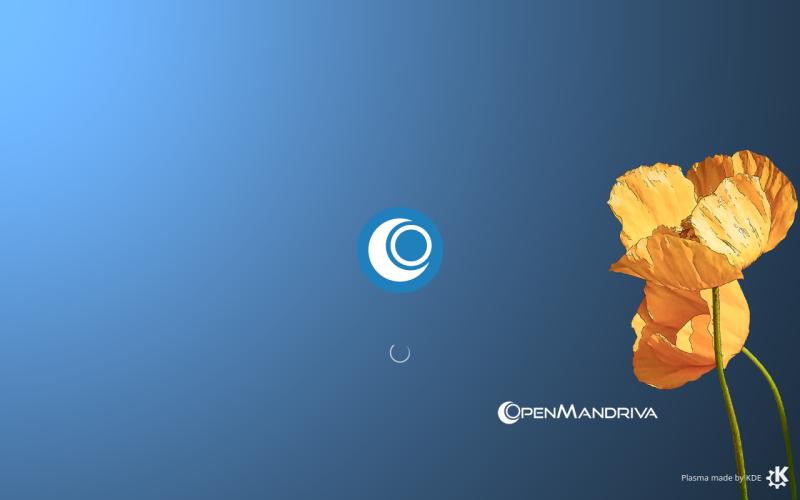 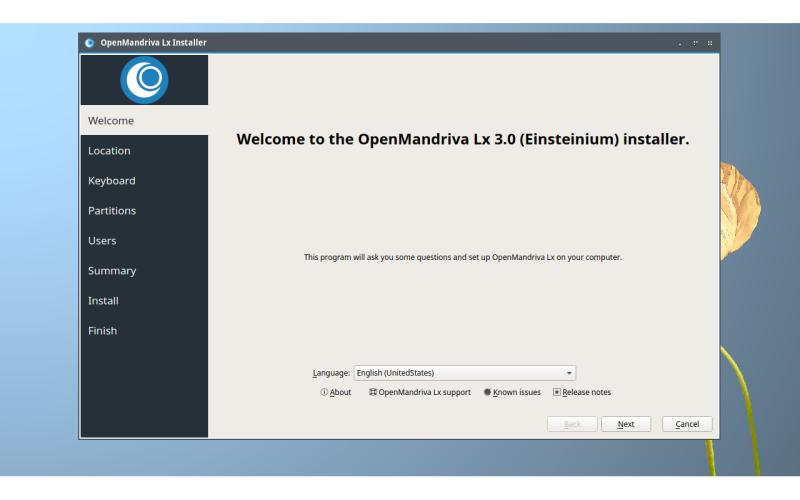 There may be other ways, but this works for me.

Yes, I have the vbox additions installed.

I downloaded the .iso from SourceForge, I just checked now and it’s still showing 3.01 as the latest version. I will try what you suggest, though, thanks!

I just checked now and it’s still showing 3.01 as the latest version

Of course, because 3.02 is not yet officially released. But 1082 is currently OMLx 3.02 release candidate.

I think Calamares doesn’t support low resolution. Because it is just a window pick the upper band with your mouse and move it until you can see the bottom buttons. This is what I usually do. Once you installed the system you may use vbox additions to get higher resolutions.

Thanks, this procedure worked just fine, everything was visible.

Unfortunately that wasn’t possible - there appeared to be no way to get the buttons to show. The route via the live distro worked, though.

Yes, Calamares does not have any smart function that does recognize screen height and width.

I suggest to file a bug report to calamares issues 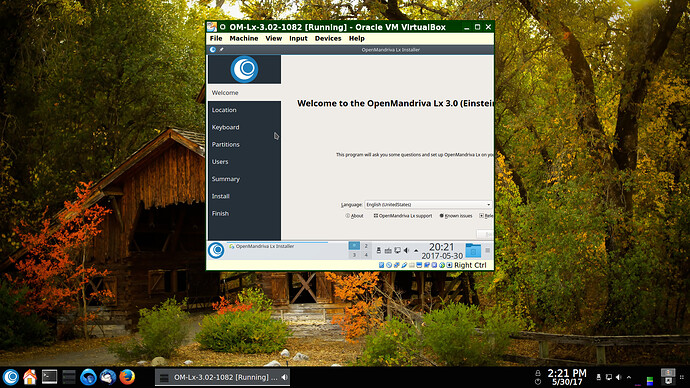 So some people may consider this a problem… So I go to: 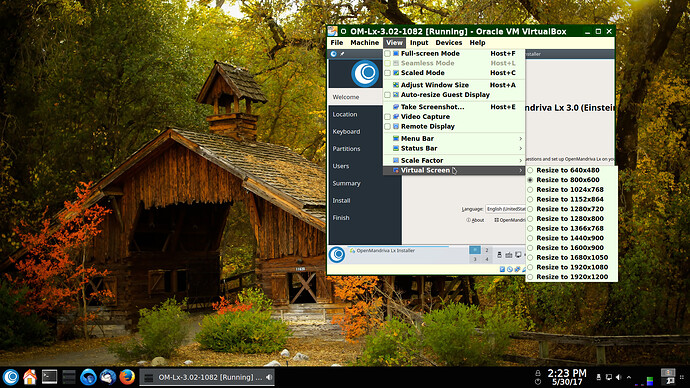 and select a screen size 2 sizes larger and lo I get thus: 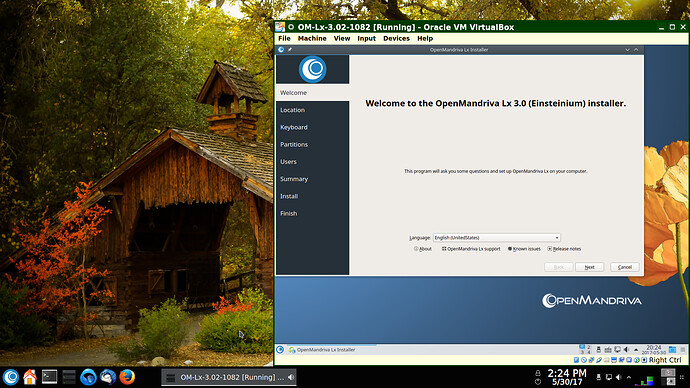 Did not install anything in ‘Live’ environment just used the one setting shown. Hope this helps someone.

Edit: Also under ‘View’ I can use ‘Auto-resize Guest Display’ and enlarge window to full screen. Again no packages installed in ‘Live’ just using the available settings. And latest version of VBox… 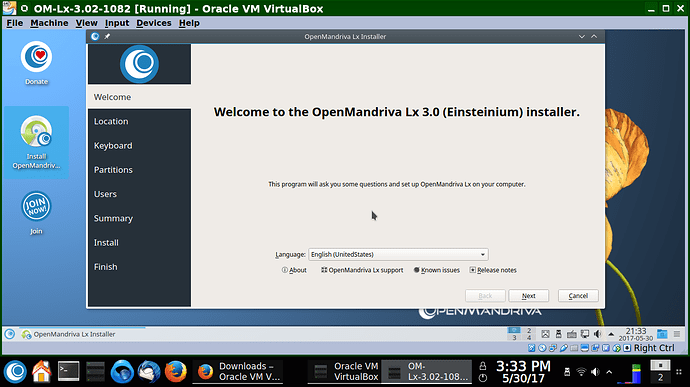 I don’t have any smaller display to test on.

the [strike]problem[/strike] Task it is not a notebook or real hardware, the Task it is
a first testing on with installing and not know to resizing.
Without call the Livesystem on DVD. First -install Openmandriva- directly to the Vbox.
now the question :
It is give a command for VBox to make it automatic to an other resolution like 1024x768 or something where shrink/enlarge automatic the install screen in vbox.
This works only with drivers. (Maybe with SVGA or something in a standard resolution of 1024x768 )
I have tested the changing of the Screen via Menu → View=> Resize to 1024x768,
Works not because the drivers not inside .
Host Computer: Nvidia 660 gtx ti, W7

Rugy, *thumps up* because the drivers must be include in the install medium.
and “lsmod |grep virtualbox && if -m virtualbox, make a resolution > 1024x768”
something in this direction …

how works on the others Distributions who used calamares ?

how works on the others Distributions who used calamares ?

Edit: This is from Calamares>about
Who develops Calamares

Calamares is maintained by the Calamares team. Most of us are also KDE developers, and we have received contributions from BBQLinux, Fedora, KaOS, Kubuntu, Manjaro, Maui, Netrunner and OpenMandriva developers as well.

We gladly accept contributions from everyone, and we have no exclusive association with any Linux distribution. Calamares is not a KDE project, or a KaOS project, or a Manjaro project, we are just a bunch of people dumping some code on GitHub.

Many Linux distributions are in varying stages of adopting Calamares as their primary system installer.

Operating systems that are evaluating Calamares in pre-release builds:

Operating systems that ship Calamares in their package repositories for third-party derivatives to use:

Please check the USB mounting on the VirtualBox.

@pujithadimuthu I tried but did not find how your suggestion could help @brian_m.