How to use ABF to build rpm's

I guess it is because meld has never been rebuild in OpenMandriva ABF. How should I proceed in this case? 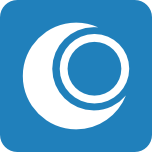 and then you look for the project. (Find a repository …)

with a search with “meld” you have two responses 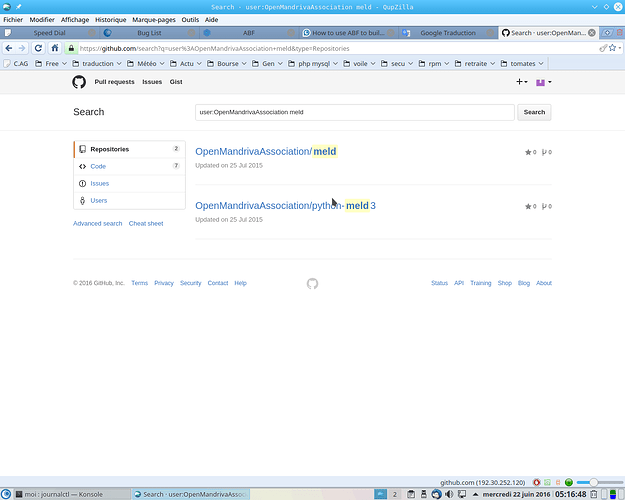 you can fork meld in your github

with no change except version I tried a build with no success. the reason is at least the spec file use make ! (very old version in fact)
so you have to change spec file

for build something like
%build
CFLAGS="%{optflags}" python setup.py build

I have no time to go further. it is best to take inspiration from a spec file of a python 2 module

Is there a way to remove a published package (null in my case) from my personal repo? 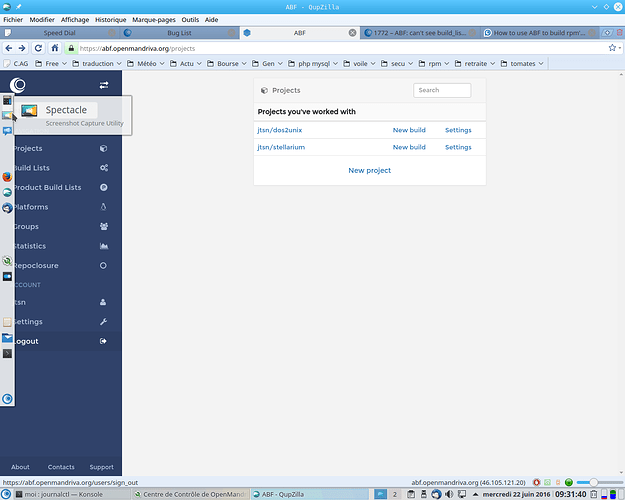 you see your project, choose settings of the project you want change 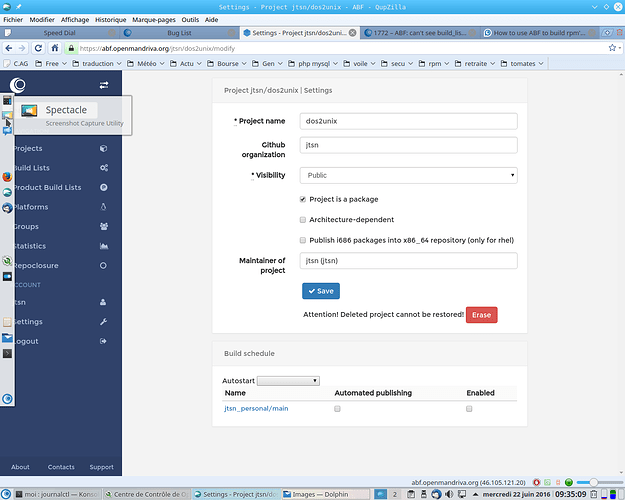 Thank you. I did so.

In this case my ABF repo has not been synchronized with my github account. (Is is not a problem, I’ll wait for the fist build)

I erased null project from my ABF account but the packages I built are still in my personal repo.

log in > platforms choose the platform ( mandian_personal), in right corner choose main (or other) 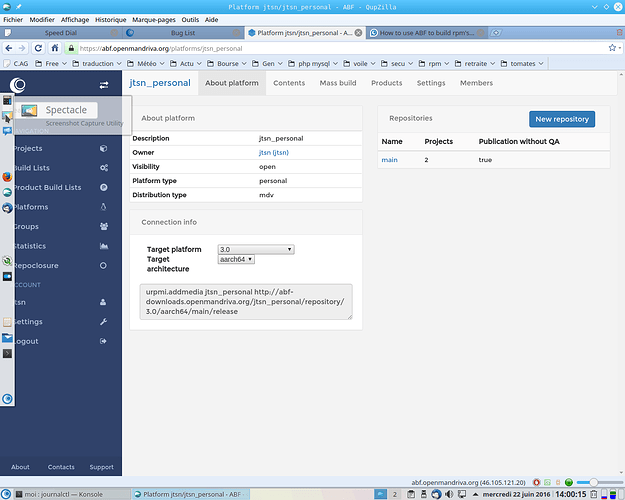 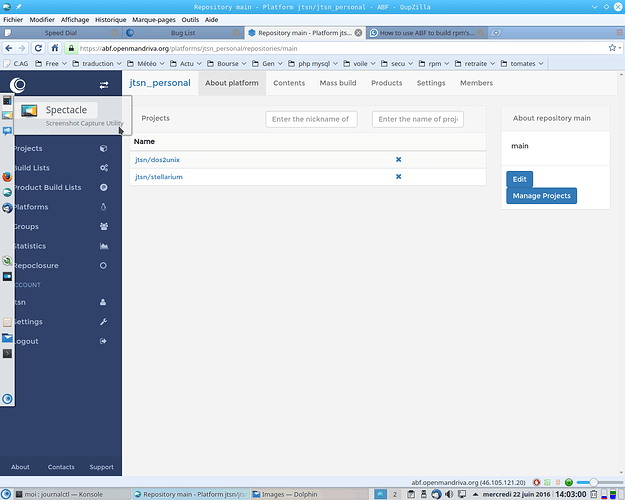 It is all OK now.

Thank you for all your patience.

Hi,
I’ve got an error building a project in my personal repo.
http://abf-downloads.openmandriva.org/luca_personal/repository/3.0 is missing.
Who can create it?

question waiting on IRC. I hope an answer

It’s easier they respond to you than to me

I had no problem to build in http://abf-downloads.openmandriva.org/luca_personal/repository/cooker

thank you very much!

Hi,
I’ve still some problems with ABF. The first is an error at publishing stage. I succeeded to publish some packages on y personal repo but all them cause a ‘Publishing error’ on ABF I can’t understand what it refers to. I dont’n know if it is because all my packages are not signed but I can’t find the way to make it.

Also I would like to compile a package which depends on one or more packages in my personal repo. Is there a way to do this (maybe i should add an extra repositories before to start the build)?

Finally I wonder if the option ‘Use cached chroot’ in the Build panel may speed up the build of a package. Or it may be unsafe?

btw I some problem to compile a package for the 2014.0. Has that version already been deprecated?

btw I some problem to compile a package for the 2014.0. Has that version already been deprecated?

I don’t think, updates are still arriving in repos.

I don’t see openmandriva2014.0 branch on my personal repo. You have it.

yes, I have it as target platform

It is like rpmbuild can’t fetch sources from remote in 2014.0.