Here’s criterion for release testing. This is a “work in progress” document but is a sufficient guide for thorough testing.

Bear in mind that this release is a respin with many updated packages and bug fixes. If you have Lx 3.0 fully updated and up and running that is basically the same thing. There is no need to report bugs already reported against 3.0.

I had problems with 3.0 iso that I have reported here and hope will not be on the new 3.01 release. The simpler one but cause for many experienced users to complain was that SDDM had NUM LOCK key on by default. In many laptop models NUM LOCK key alters the character of many keyboard keys preventing authentication of some passwords.

The more complex to me was the unnecessary denial of 3.0 installer in putting grub2 at MBR in a computer with BOOT EFI Bios option. I was told to create a /boot/efi partition as the only option to have a bootable system. This created dual boot problems really difficult to face and certainly a cause for many users to give up from having OMV. The same configuration was not a problem for OMV 2013/2014 to work with MBR dual booting, so why would OMV 3.0 refuse to work analogously? Reference for the problem and the simple form to install grub2 in MBR in such a configuration is found at this reference,

I wonder if all references in /etc/openmandriva-release & Co, thus Kinfocenter, oma-welcome, and the likes, should not show 3.01 instead of 3.0

It has been acknowledged to be good to release 1 Plasma-only and 1 LXQt-only ISO.
What happened with that? Yet another good opportunity lost.

In Calamares the default file system is f2fs instead of the usual ext4.
So the users who won’t deal manual partitioning will get automagically f2fs.

It has been acknowledged to be good to release 1 Plasma-only and 1 LXQt-only ISO.What happened with that? Yet another good opportunity lost.

Good question. I wonder if either of us asked if we’d be told ‘to feel free to create the .iso’s ourselves’.

Good question. I wonder if either of us asked if we’d be told ‘to feel free to create the .iso’s ourselves’.

You may be right. My fault, I should have considered the case.

However I remember Bero in person said, right after Lx 3.0 release, that it’s a good idea
(or something like that, I’m going to look for the link)

The point he makes about duplicated apps is actually correct – we should have released separate Plasma and LXQt isos, there’s usually no point in having several desktops on the same box anyway (unless there’s multiple people with different preferences using the same box).
Let’s do that next time…

Did anyone testing in VirtualBox manage to get a working system?
I’m able to run ISO in live mode and to install, but not able to enter the desktop after installation. Just getting a black screen.
See also a topic in our French forum

Yes I got a a successful installation in VirtualBox. Have you tried installing using English as the language? Maybe it’s a locale problem.

Both the default English and also Italian. I did whatever I could think of.
@zuzu21 we can suppose has installed in French.

Colin what is your VB version?

Yes I got a a successful installation in VirtualBox.

We are speaking of an install from scratch, that is to create a new virtual machine, partitioning etc.?
Which kind of partitioning? Which filesystem?

Did anyone testing in VirtualBox manage to get a working system?

Yes with the version of VirtualBox in OM repos 5.1.10. DVD .iso 720 booted to LIve, I installed, and rebooted, updated, added virtualbox-guest-additions. All with working graphics.

It is unfortunate the OM doesn’t have latest version of VirtualBox. It perhaps should be noted in Release Notes that users will have a better experience in VirtualBox if the host version matches version of vbox video driver on the .iso x11-driver-video-vboxvideo-5.1.10-1.

The i586 .iso build 719 doesn’t boot for me anywhere on hardware (2 computers so far) or in VirtualBox.

However I remember Bero in person said, right after Lx 3.0 release, that it’s a good idea

I fully agree with you and Bero on this. We are missing a big opportunity by not having separate Plasma5 and LXQt releases. Would lead to skinnier .iso’s as well.

We also in TC meetings I thought had agreed that we would institute a warning on the new i586 .iso’s to detect if user has x86_64 hardware and warn in no uncertain terms that they should use x86_64 .iso. Since my i586 .iso won’t boot I don’t know if this was done?

I need to check the version running in my Win system. Almost sure it’s not the .12 yet.
There I have the same troubles

I need to check the version running in my Win system 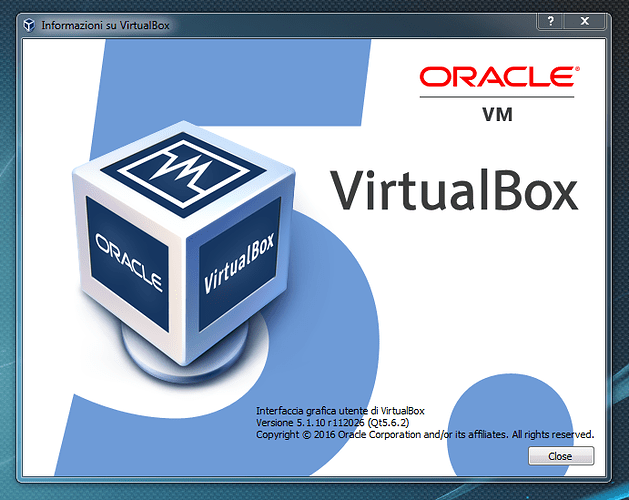 Personally, I’m about to give up.
It seems the guilty is NOT the VB version not corresponding to driver, NOR the language choice… what else then?

PS>
I remember well when this started to happen: with 693 build.
Calamares?

@ Those reporting to have a working system
please create a NEW virtual machine and run install testing again from scratch: partitioning etc.
Then please reboot and check if everything is ok

I have a working install of Lx 3.01 x86_64 from build # 720 in OM 2014. I used the version 5.1.10 amd64.run package from Oracle website. I had to use kernel 4.1.18-nrjQL-desktop-1omv. With the kernel-release-desktop-4.6.3-2omv it kept complaining of mismatched kernel modules even though kernel was reinstalled with --replacepkgs so there couldn’t be any other kernel modules as far as I know. A new VM was created. Installed rebooted, updated, installed virtulbox-guest-additions and dkms-vboxadditions, rebooted again. I had graphics at all times and now I can make VBox window full screen or whatever I want.

I already had a working install in Lx3 with kernel-release-desktop-4.9.0 also created a new VM and otherwise followed same procedure as above.

A new VM was created. Installed rebooted, updated, installed virtulbox-guest-additions and dkms-vboxadditions, rebooted again. I had graphics at all times and now I can make VBox window full screen or whatever I want.

That’s good then.
Such test was needed because usually users will want to create a new virtual machine.
Will try to install guest additions from VT next time to see if it helps

The point which makes me puzzled is that I do have graphic, login etc., and everything is working very good in Live mode.
So I can guess that something goes wrong during the install process.
If I know how to downgrade calamares (while running live ISO - in the case it could be done) I’m also ready to test this approach.

Rugyada I have now installed ISO 720 Using Oracles VirtualBox on LX3 and it works fine. I will try it with the OpenSource version. I used a new VM

@Colin, Thank you very much for the answer.
Untill we’ll hopefully get more people testing, I guess it’s useful to compare our feedbacks in order to understand whether a malfunction is a “local” user’s issue or it will deserve a bugreport.

Rugyada, Tried with the Open Source version of VirtualBox and got a clean install without issues. I cannot reproduce. Did you try to install using English? Since this is a the default there is a slim chance that the issue may be due to the locale. I will try with French

Tried with the Open Source version of VirtualBox

What do you mean by Open Source version? The one in OpenMandriva Lx 3.0 repos? Version 5.1.10?