The @AngryPenguin did the hard work of getting the packages built for working XFCE and Gnome3 desktops. Then @Colin modified the ISO builder so we can build ISO’s for these. And @Colin also modified the ISO builder to enable multiple kernels. All of this after @TPG managed to figure out code modification to get the Linux kernel to build with clang rather than gcc. Getting the Linux kernel to compile with clang is a major step but is still very much in testing stage. So thanks to @AngryPenguin, and @Colin, and @TPG for their hard work on all of this. Apologies if I left anyone out, I admit to not being well informed on all the transpired to make the clang compiled kernel possible.

One thing to watch for on the both ISO’s is that is is set by default to login to FailsafeX desktop instead of XFCE desktop so you’ll need to change that in upper left corner of login page.

With either ISO after you install your new system on Grub2 Menu Page you need to go to “Advanced Options for OpenMandriva Lx” to be sure you are booting to the kernel version you wish to use.

These are based on Cooker repositories and are very much pre-pre-pre-Alpha. I have booted both ISO’s in VBox and run the Calamares installer on both in VBox so far so I know that much works. How well the desktops work I have no idea at this point.

I have also booted both ISO’s on hardware system and run the Calamares installer to verify that it is working. Did not actually install either at this time. (Don’t have time for testing these desktops beyond VBox.) But they should install. 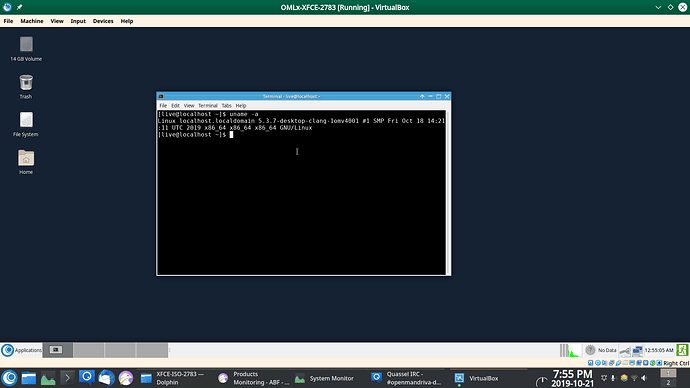 With both ISO’s watch out for this trick: 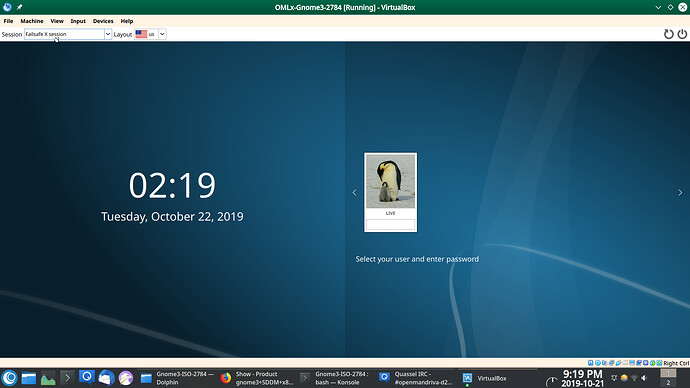 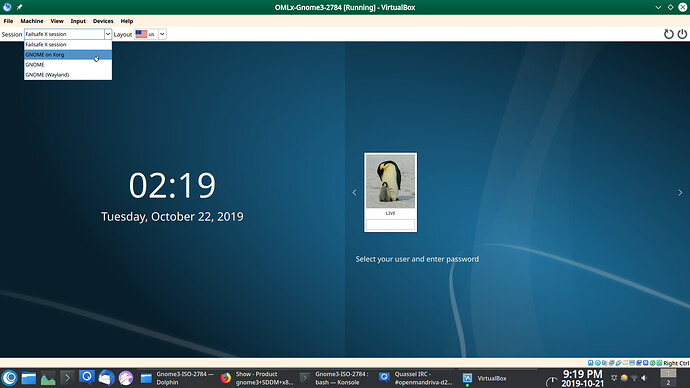 Both are set to the very limited FailsafeX desktop by default so user needs to set to one you really wish to use.