I am getting this error in Wireshark.

in Wireshark (root user) I am getting this. As I remember OM LX 3.02b this did not generated.

The first error is bug indeed: wireshark-qt doesn’t exist but wireshark does. A workaround can be either:
– edit the menu’s entry and change the application (wireshark-qt --> wireshark). This can be done as simple user.
or
– as root create an symlink to wireshark called wireshark-qt in /usr/bin/

The second message is normal and has always popped up when run as root. Though wireshark can be run as root, that is not safe. Unfortunately, the necessary settings are not done by the package manager. So you have to do the following as root:

Making dumpcap setuid root is a bit less safe and must be used only if the preceding setting cannot be done.
Now you can capture the traffic through the interface you choose.

Probably, both errors should be reported.

I don’t see wireshark-qt in OpenMandriva repositories, did I miss it? Wireshark seems working fine here. 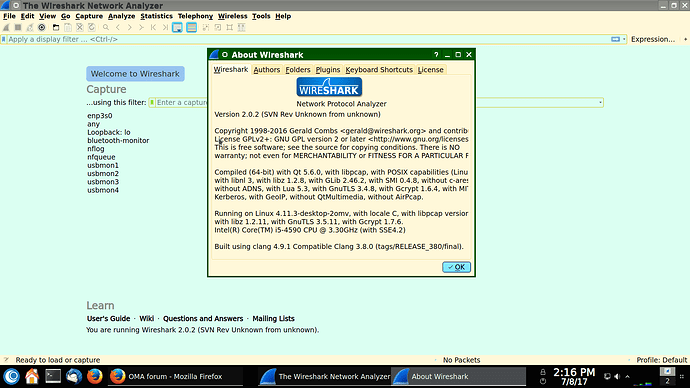 Edit: No bug noticed here yet.

We don’t seem to have any wireshark-qt package. 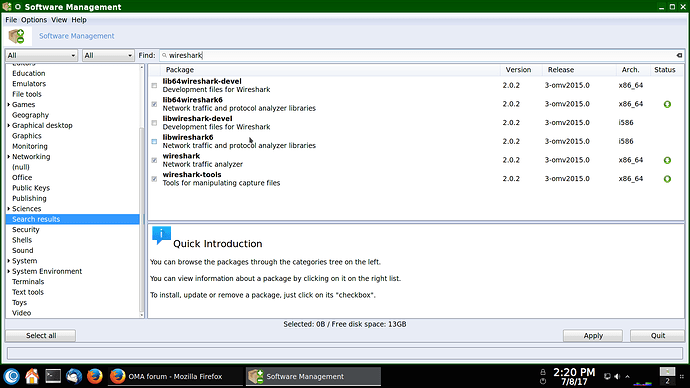 OK, there is a small bug found. 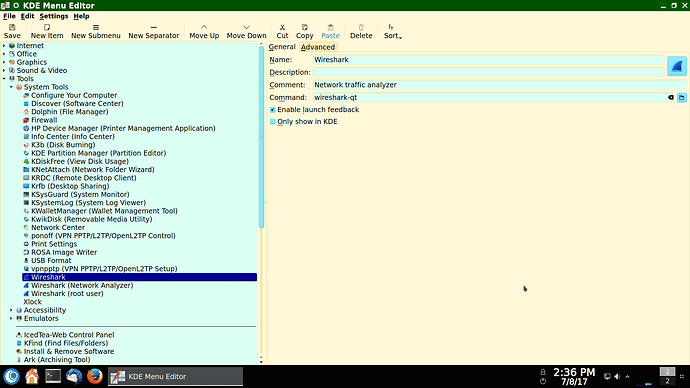 Of the 3 Wireshark entries one does indeed give the error reported in post one. There is one that works just fine and one is for (root user). So as a workaround use the one that works. You could even remove the one that doesn’t work right after you file your bug reports.

Are you giving Gifts for filing bugs…? I am doing it most of the time…