Windows to darn big for OpenMandriva 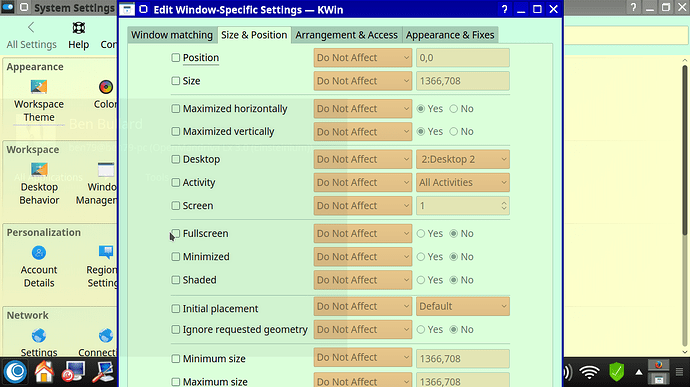 Is anyone else seeing this? Just wondering if this might be something we’d want to fix?

Now notice the things obscured in Discourse window in Firefox. 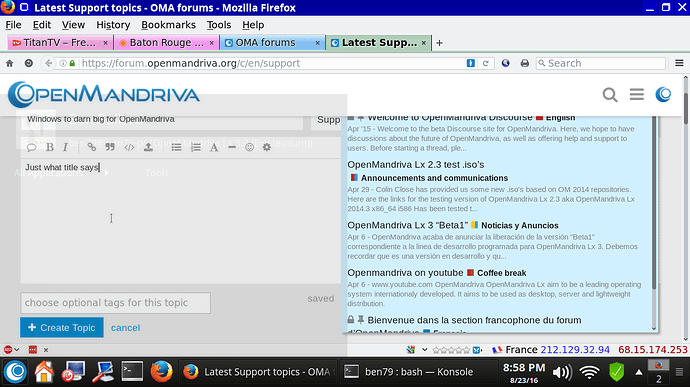 We would certainly want to fix it!

We would certainly want to fix it!

Then I’m hoping someone will file a bug report. I know there are other people with this issue. Right now I’m recovering from surgery and don’t have the energy or time.

I opened new bug for windows too tall to be seen. I have this problem in small screen (10.1 ") but it seems it happens in “normal” ones also.