Where is the Brightness Control for Laptops running OpenMandriva Lx?

r/OpenMandriva - Where is the Brightness Control for Laptops running...

There are applications (like xbacklight) that may be of some help. I have not tested since I don’t need it 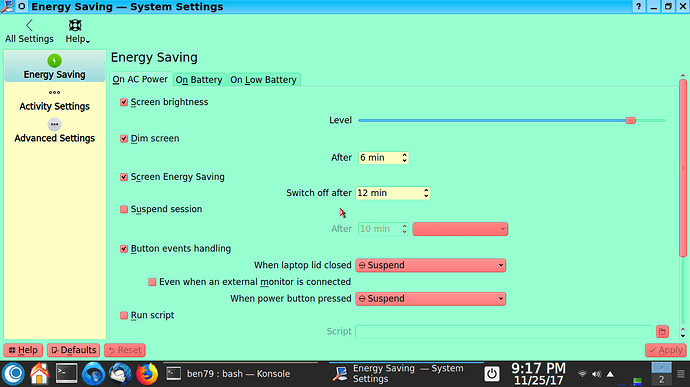 Fn>F2 on my notebook would turn wifi on and off. Fn>F3 does nothing. Fn>F6 increases screen brightness and Fn>F5 decreases.

Things like this would be influenced by graphics hardware and driver which is not stated. As always it is wise to be sure user has an up to date system as well.

I can’t post on reddit. I guess that is some kind of social media thingy. I’m far to anti-social for that.

Hope this may help.