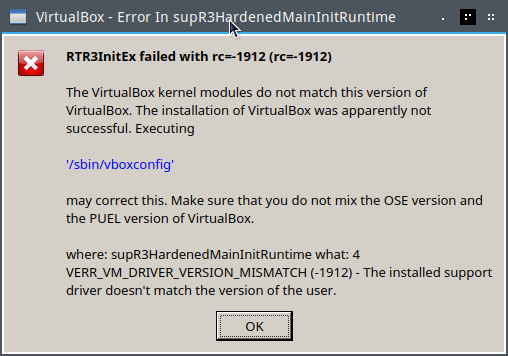 The version of the kernel-devel is the same precise than the kernel?

One of you needs to file a bug report as soon as possible. Please include enough information and detail for someone else to understand the problem and try to solve it. Don’t forget this.

I’vgot IDENTICAL diagnostics for the SAME commands typed by alblpanig. 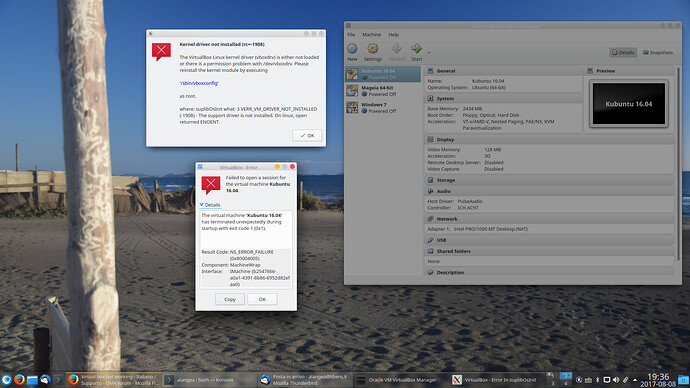 I cannot update the kernel-headers package because of a conflict with the installed one. The latter is not unistallable, because of a lot of dependencies: I don’t know how to do it.

I cannot update the kernel-headers package because of a conflict with the installed one. The latter is not unistallable, because of a lot of dependencies: I don’t know how to do it.

Lord have mercy. This should have been mentioned at the very beginning. That package is way to old for Y’all to be using it. That package is so old developers removed it from repository. Open Konsole, become root and run:

Write down (copy and paste) any other packages removed. Now run this:

That should readd any packages that were removed. But to be safe check and see if there are any packages in your removed list that weren’t installed with that command and use ‘urpmi’ in Konsole to install them back. See, that just isn’t that hard to do.

Now reboot and when you do remove any and all virtualbox and dkms packages. Now reinstall them.

Let us know what happens. Ask if you have any questions or problems. But you really, really need to do this.

Post edit: If removing dkms removes any other kernel modules then you want to reinstall them with the new kernel-release-headers. Just follow same procedures above. Copy and paste somewhere all removed packages and then reinstall them.

You have to remove the other package first.

Edit: Do it exactly like I posted. You first must:

but some of the packages are just kernel packages !
If I try to unistall the conflicting kernel-headers package, it also remove the kernel itself !

Again do it exactly like I said. The packages being removed are kernel devel packages not the kernel itself. urpmi will not let you remove a working kernel.

If you continue to use such an outdated kernel headers package you are asking for problems with anything requiring a kernel module.

If I try to unistall the conflicting kernel-headers package, it also remove the kernel itself !

No it doesn’t. Do you know how many times I have done this? urpmi will not remove a working kernel. The packages being removed are kernel devel packages only. Read the error message.

Thank you very much. Now I have still that problem with VirtualBox. Have I to unistalla dkms-virtualbox, reinstalla and reboot ?

All that does is rebuild your grub boot menu. I prefer to do this after installing kernel headers and kernel devel packages.

copy and paste the output of this and save it to a file in case there is a problem or if the same problem persists. ‘dkms-virtualbox’ builds the virtualbox kernel modules. The error reported indicates that may not have been done correctly before. So we are hoping the up to date kernel headers corrects this.

Um, no it isn’t. That is a xz compressed bug report log. It is something that is to be attached to a bug report.

so if have had this all along and are still seeing this problem then I’m afraid a bug report is necessary.

In attach you can see the kernel update and the virtualbox uninstall and re-install bue after the reboot nothing change
vbox.txt (42,8 KB)