Hi there!
My upgrade on ROME this week is blocked on GNOME community edition…
Any idea how to solve it would be welcomed:) 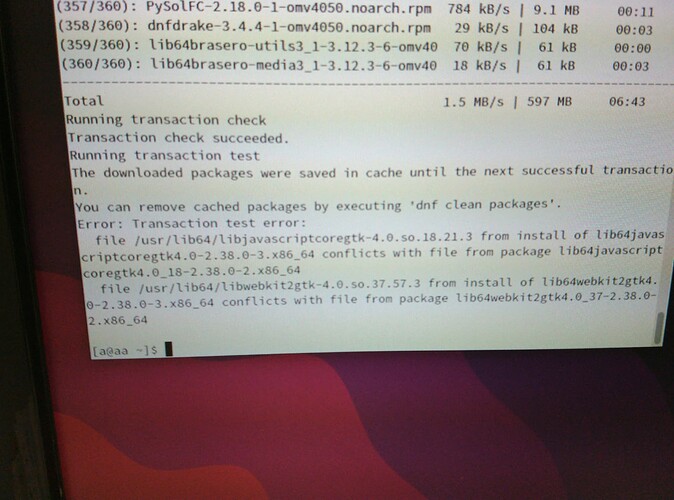 if that does not work post the output from terminal as code using the </> icon. 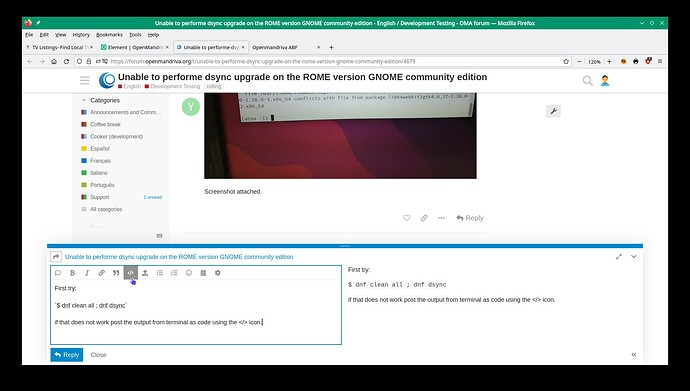 Example of posting code from terminal:

Edit: If that does not work we can remove offending packages and then install their replacements. But to do that I would want to see all the terminal output clearly. Or another way of doing this is to use Spectacle to take a screen-shot and post that. Example of posting terminal as screen-shot: 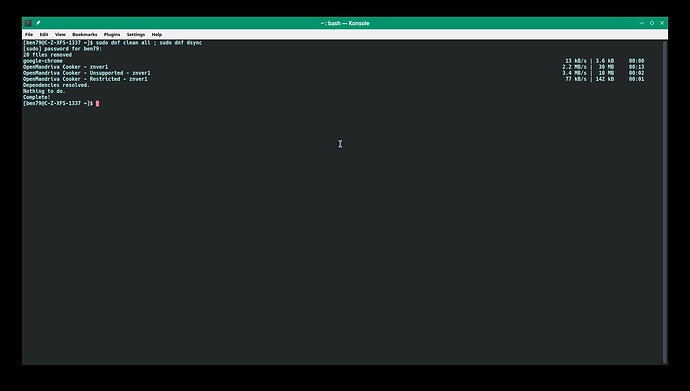 Note: For a problem with a lot of ouput, like 20 lines or more, you can put that in a .txt file and post the text file here.

Hi. Sorry for that. Looks like with webkit update we change a bit name for one or two subpackage and that’s why upgrade can conflicting. Probably due dropping this major in names: Fix file list etc. · OpenMandrivaAssociation/webkit@ae52397 · GitHub
I have in cooker fixed only in partial package with -4 release but looks like it need one more fix.

Currently compiling new version -5 in cooker and just after it, also for rolling. This can take few hours because webkit is huge package (three compilation needed, one for every API).

I let you know, when new release appear at repo.

Anyway, if you want workaround it faster, you can try replace packages, old with new one manually. Also dnfdragora offer easy way to replacing one with another without conflicting.

Should be fixed now with -5.
Please check and let me know if everything is ok.

Yes that is right, all fixed now.
thanks a lot!