Some thoughts on Discourse

I really like this modern styled forum software. A few thoughts:

We’ve moved all static resources to CloudFlare due to speed issues. It’s interesting to see that you’re still having them

o.O
In your opinion, is it a viable alternative to mailing lists?

Great to see you there!!!

What icons are missing, do you have a screenshot?

@anurag it was the CSS generated icons who was wrongly parsed with Firefox, because of crossed origins.

Can you clear cookies on your FF and retry?

I like it very much too.
I like also the favicon notification when new comments are posted

May the Source be with you 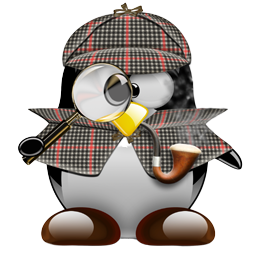 Thanks for the link @rugyada
In fact as we need more testing now, I think we can communicate a little more publicly about this forum, telling that it’s still in testing stage, needing suggestions, and enough positive feedback for approbation, wdyt?

Do you know if there are already any localized translations for FAQ page ?
https://discourse.openmandriva.org/faq

I’m not sure about, we should ask to discourse forum.

I’ve used this forum long enough to know that I wish we would do a phpbb style forum instead.

To clarify phpbb style forums are more functional for me than Vanilla or Discourse. And better organized.

In my opinion (and not only

) discourse is by far better than phpBB, not to speak than vanillaforum.
Maybe it’s worthy to read also THIS topic by @raphael

[…] this idea is mainly for avoiding two separated discussions channels.
Those who prefer mailing list may be able to open new topics and reply through email, and other will be able to do this via forum web application. Furthermore, if it’s well done and managed, it should help developers and packagers being more in contact with the community.

Not the only person with my opinion either. Well maybe after a year or 2 I can get used to Discourse…

Do agree that linking forum and mailing lists would be a good idea.

Do agree that linking forum and mailing lists would be a good idea.

Our discourse is already working that way

You can also reply by email, and it will be published here.

Hmmm… Let me try that.

It does work! Pretty cool.

Came across these doing research for my own Linux distro to be called
“FUBAR Linux featuring PEBCAK desktop” brought to you by Ben Bullard.

These training videos were good enough for the United States Department
of Defense. The same DOD that invented SELINUX.