Below is same text as in original comment in bug report.

As title says on a multi-boot Linux system any second or third (or more) OMLx 3 system will not boot. The given error is:

This happens very fast so I suspect something in OpenMandriva is telling grub2 to look for root fs in the wrong place. Just noticed this today so problem is very recent.

Problem exists on 2 computers. These are OMLx systems that have been in existence and working for many weeks. They all have multiple kernel versions and this error happens on every kernel version. Obviously Recovery Mode does same thing.

Checked root partition UUID and they appear to be correct.

I’ll provide any logs I can if requested. And if I know how to do so or someone explains how to.

Set up a computer with OMLx 3.0 on 2 seperate partitions.

I’ll provide any logs I can if requested. And if I know how to do so or someone explains how to.

Please provide boot parameters, logs, screens etc.
Without this i can’t help at all.

Except for screens isn’t all of that in omv-bug-report.log.xz?

How do I get a screen-shot of a system that does not boot? The kernel panic error happens almost instantly. Recovery mode does not work, no virtual terminal, ect. I can chroot in to system to copy files or get any logs not in omv-bug-report.log.xz. 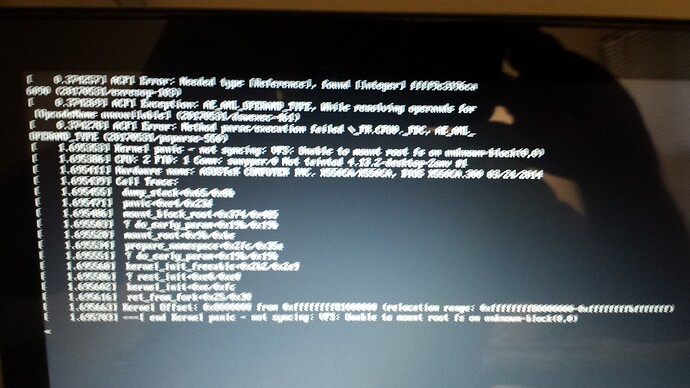 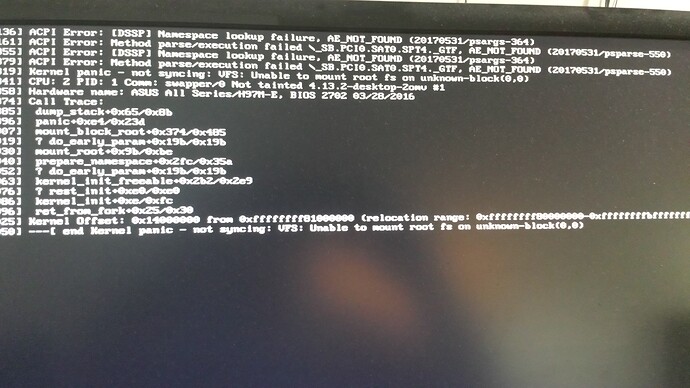 By all means any log or info not in omv-bug-report.log let me know and I’ll do my best to provide.

Guess this is best described as a workaround:

And now problem is fixed except I don’t have the ‘microcode-intel’ package. So maybe, just maybe, it’s something in this package:

OR it has something to do with how OMV impliements what is in that package?