Hello,
I’m having trouble connecting to a Samba share from OpenMandriva 4.3. I tried adding a network folder in Dolphin, entering the smb://… URL in the Dolphin’s address bar, and also tried to connect to the shared from Krusader.
None of the above worked. Is Samba broken or maybe some packages are missing?

That’s just a Samba share in my Mikrotik router - the easiest way to interchange files between Linux, Mac, and Windows.
I wonder how no one else uses Samba shares…

I have a problem with my synology nas, in the address bar of dolphin I put smb:// and the name of the share and nothing happens, it displays “loading in progress” while I have no problem with another distribution.

Hi all.
I don’t think samba is broken. I have Synology NAS and Illumos host with Samba 4.10. All work fine.
Who have troubles, please do smbclient -d 4 -L//<hostname> and provide output there.
May be problem is trivial.

I’ll do that once I reach my OMV machine at home tonight. Right now the only guess is that Mikrotik’s shares use the older Samba 1 version, which may be disabled in OMV.

That’s just a Samba share in my Mikrotik router - the easiest way to interchange files between Linux, Mac, and Windows.
I wonder how no one else uses Samba shares…

There are also others who use samba shares, but don’t use OMA!

In the meantime, I figured it out how to fix the issue. I installed the samba-libs package, and my shares started working as expected!

OMV should include samba-libs by default, imo.

I’ll try your solution too.

Thank you very much, your solution works very well

Please file a bug report. Otherwise this will might be forgotten. The bug report needs to filed by someone that uses samba.

Even in my case it solved. I recommend installing samba-server if you want to share your pc’s resources on the network.

Since after months samba-lib is still not installed by default, I report on this post, it could be useful to someone.

I am surprised, I thought we did fix it.
Checking.
Thanks.

Updated samba should have the fix.
Please confirm. 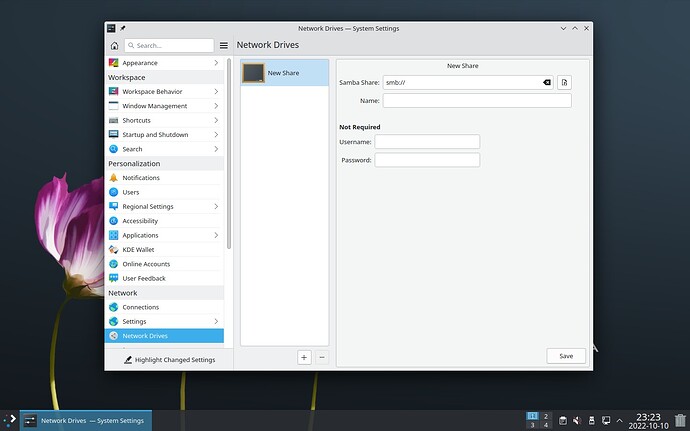 For Rock (4.3) users this is fixed with samba version 4.15.3-6. The thanks for this again go to @AngryPenguin, I just copied the fix for Cooker and Rome to the .spec file for Rock/4.3 package version.

Package is in testing repo so to install on Rock x86_64 system open Konsole and copy, paste, and run this:

I do not use samba so can not say how well the software works but it does install OK. 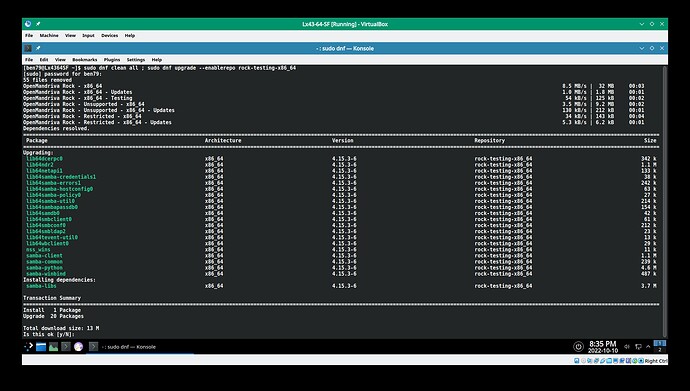 The samba packages that pull in samba-libs as a dependency are moved to regular repos now. Most folks should get these in next upgrade or dsync for Rock or dsync for ROME.

Now it’s so much better, thanks. 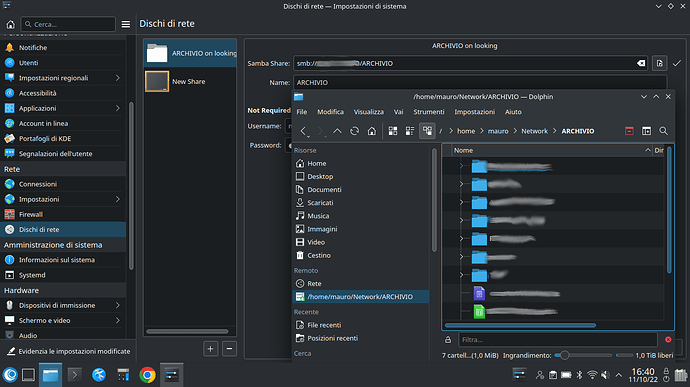