I’m trying OpenMandriva ROME Gold, I don’t know if it’s my problem, but I can’t install anything from OM Welcome and I get a dialog that tells me that it can’t determine the repo from where it is downloaded. The repo is supposed to be Rolling but is in Release and when I try to change it to Rolling nothing happen. I go into the repositories in Dnf Dragora and it is in Rolling. I don’t understand anything… 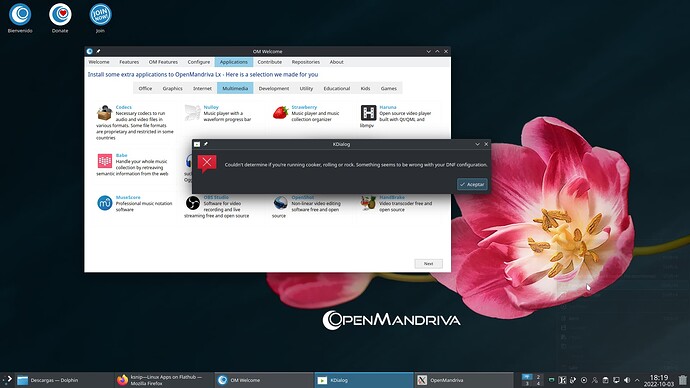 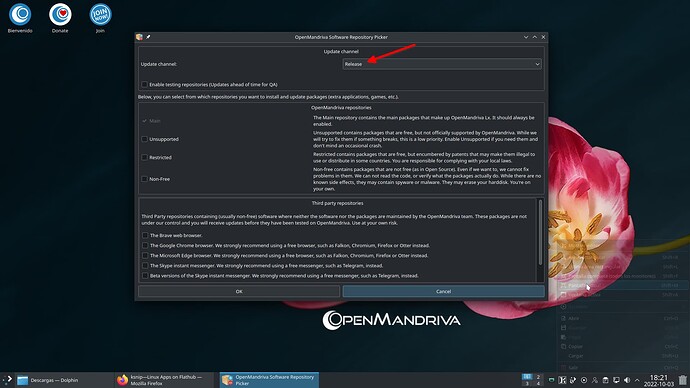 @carlosigls Hello,
Can you please open a new topic in Development Testing forum ?
Your issue needs a better place and more space to be discussed

@carlosigls Hello,
Can you please open a new topic in Development Testing forum ?
Your issue needs a better place and more space to be discussed

Or, if you prefer, I can move your comment there.
As you wish.

So, I checked the release. 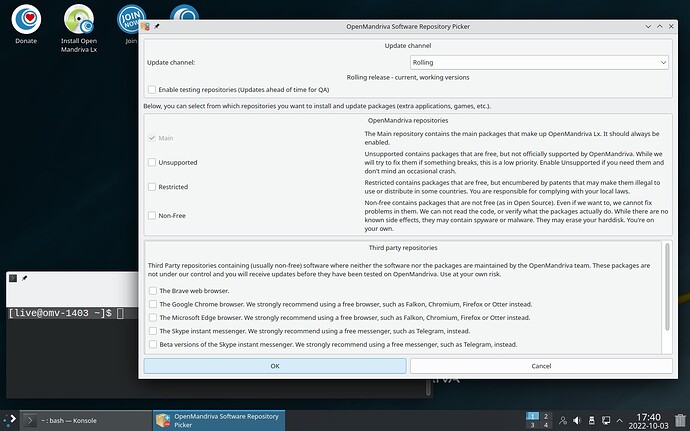 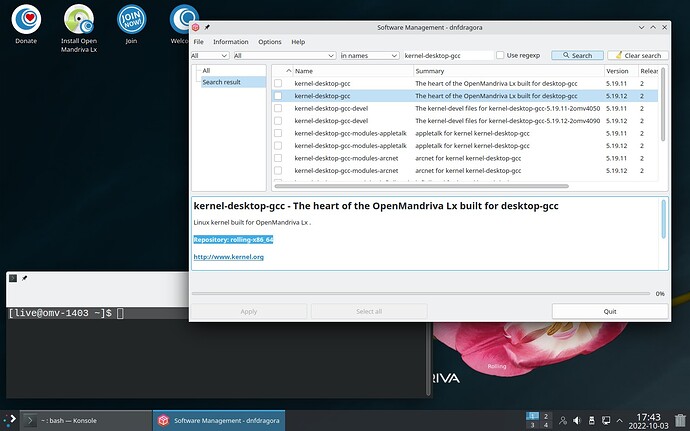 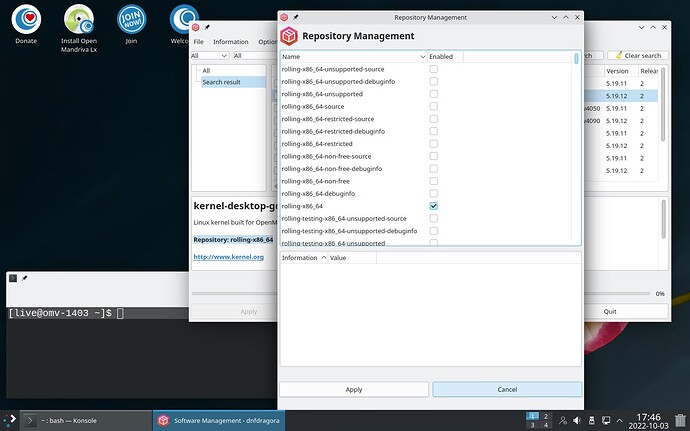 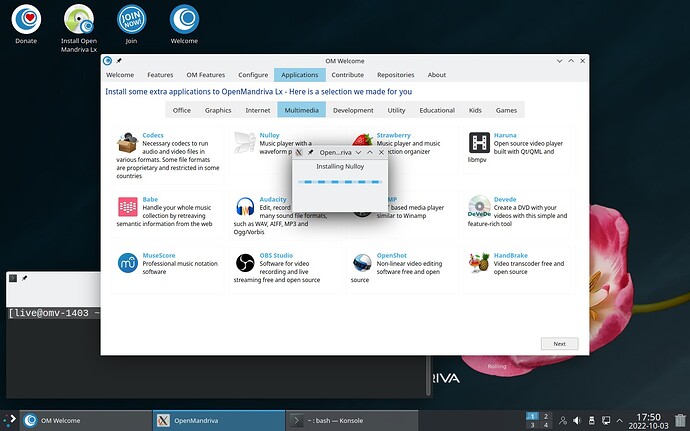 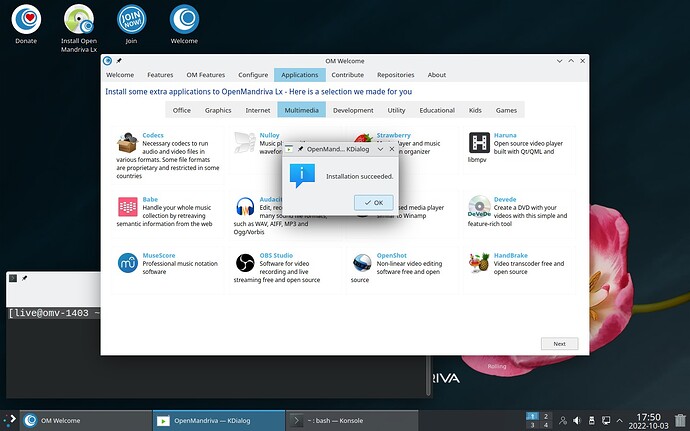 As well as in fresh installed system: 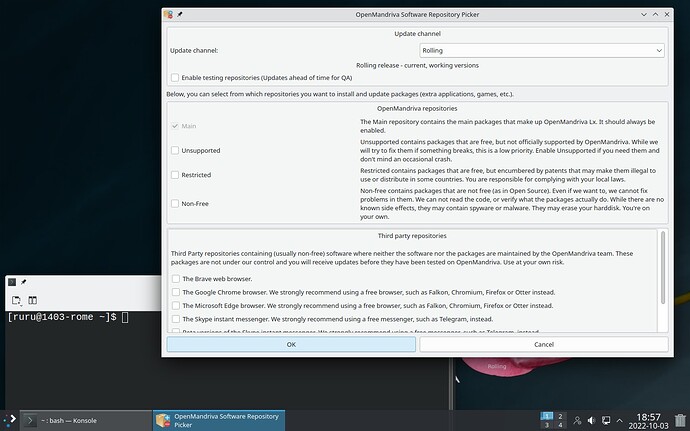 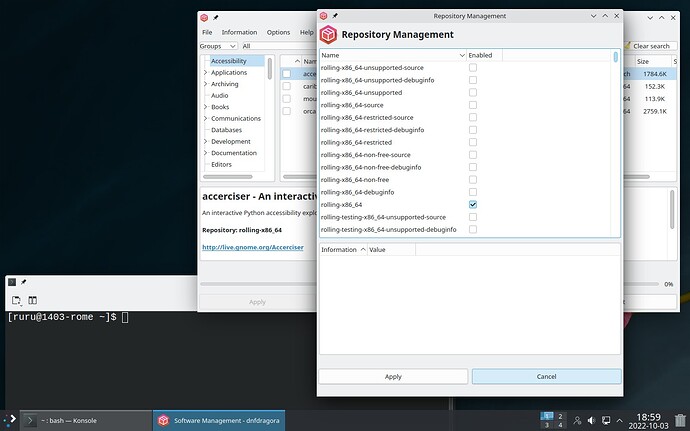 So it looks like everything is as it should be.

It’s difficult to say what went wrong with your installation.
Maybe you touched some repositories setting in dnfdragora or discover?

I would start thinking about a corrupted download or corrupted copy to flash drive or something like that. I do a lot of installs in my testing and I do see instances where either re-downloading or re-copying the .iso image and reinstalling corrects issues like you are having.

Try downloading the .iso image in terminal with

Try copying to .iso image to flash drive with ROSA imagewriter or in terminal with:

Replace <iso_name> with the path to the ISO and <usb_drive> with the device node of the USB drive, i.e. /dev/sdb.

It is also a really good habit to check the checksums after downloading the .iso image.

The problem is not in live mode, it is installed on the PC. I installed it through Ventoy and I’m going to download it again, write it with Rosa Image and let you know.

Please do and in the mean time I’ll try to find some time to test this myself.

The problem is not in live mode

Hello again, the problem is if I put Openmandriva in Spanish, if I put it in English it works correctly. There must be some problem with the Spanish language in dnf or Plasma . I don’t know. I will leave it in English until it is solved.

@carlosigls Thank you, now we have narrowed down the possible cause to localization.