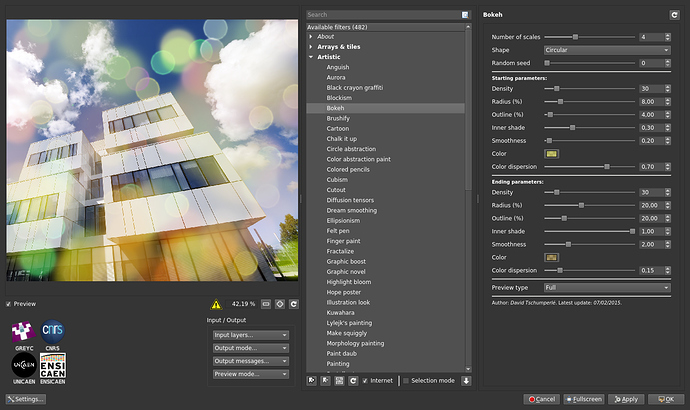 Hello there, I’m really happy to announce the release of a new major version (numbered 2.0.0) of the G’MIC image processing framework. As always, I encourage upgrading to this new version as soon as possible 😇. This version got major changes and...

G’MIC is an incredible open source tool for image processing, I love feature such as: 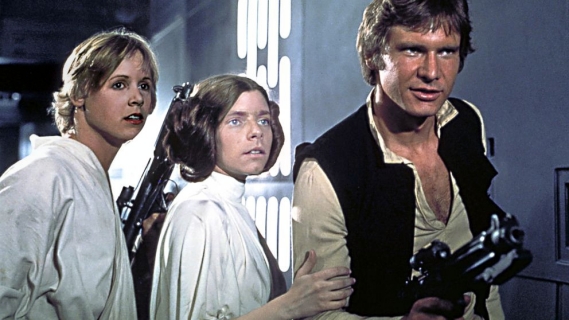 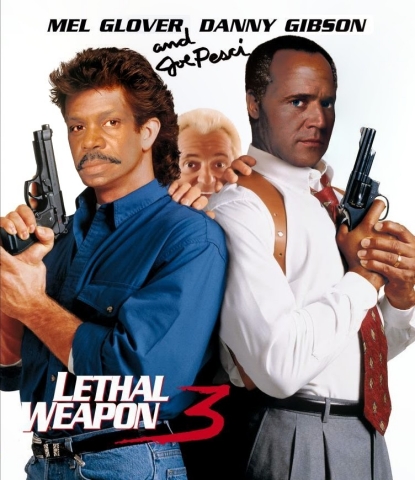 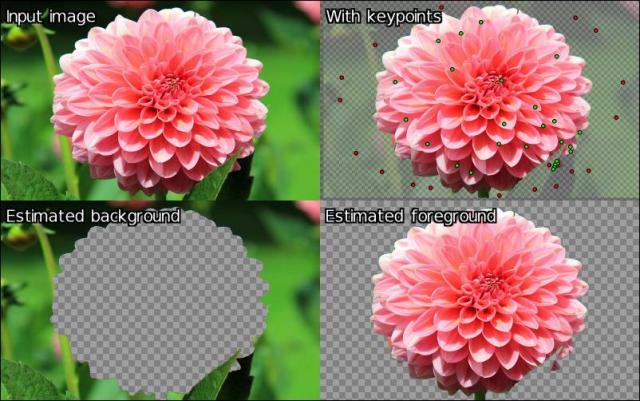 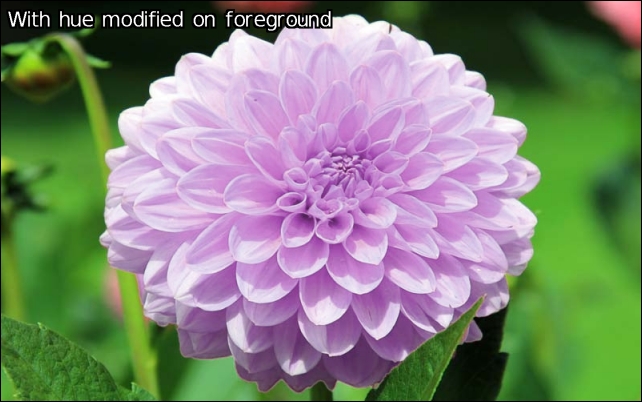 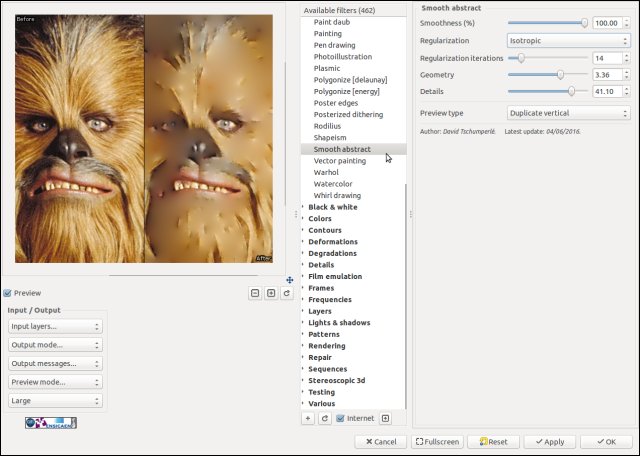 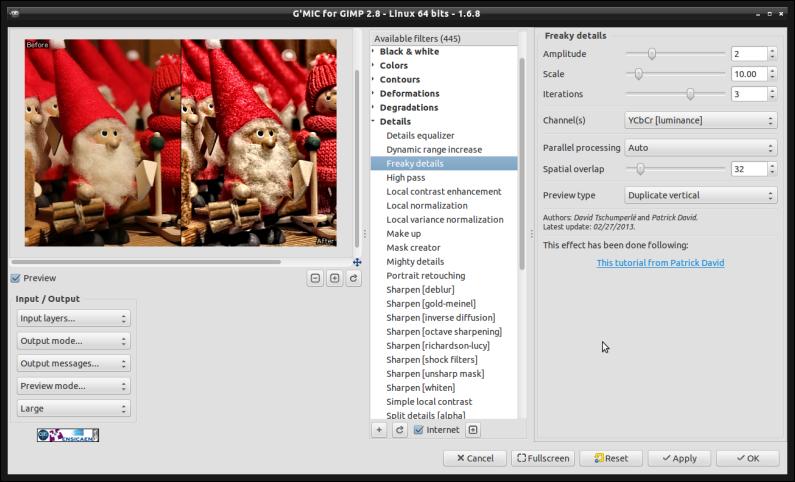 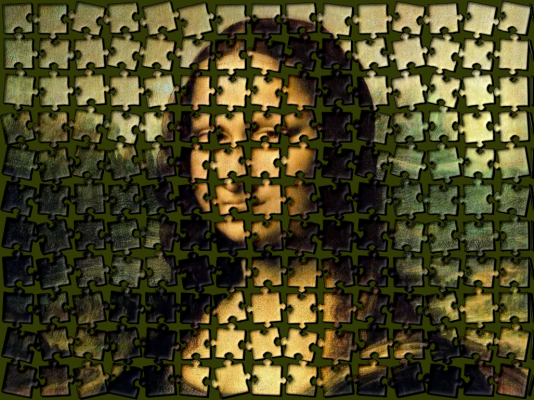 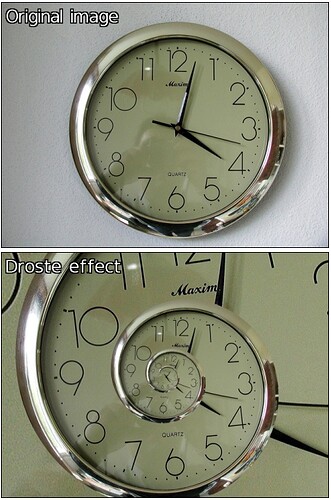 There are of course many tutorials (video, etc.) and a web version of the tool

It seems very interesting. There are always not enough free open source programs like this for Linux.
Who knows if one day or another we may have it packaged for OMLx

It is so much different from The GIMP?

Till now G’MIC was available as plugin for GIMP and I use it sometimes.
I believe, GIMP with it’s plugins can do whatever we need, thus making photoshop almost useless

G’MIC has not features like this; it is originally a command line a processor (greykstoration/cimg), that calculates the whole image in input and reproduces something in output, in one or several passes. The complexity of its calculations are way beyond what the filters and transformations tools of GIMP are capable of, whether filtering, transforming, extruding in 3D from image datasets etc.

@rugyada well G’MIC being rewritten in Qt, and there is also a Krita plugin, maybe it’ll raise some interest

Thanks @raphael, now it sounds interesting to me too 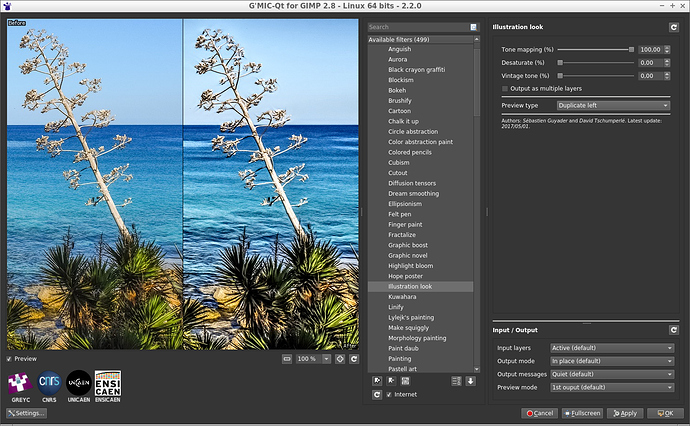 This is the changelog for the release of the 2.2.0 version of the G’MIC software. What is G’MIC? G’MIC (GREYC’s Magic for Image Computing) is a full-featured open-source framework for image processing. It provides several different user interfaces...

G’mic 2.2.0 is out and like usual there are a lot of improvements. What I wanted to highlight is now the fact it’s fully rewritten in Qt let the code being easily shared between Gimp and Krita (and any other project who may be interested)

There is much more informations (and funny/interesting story-telling) here but in French only, so I translate the Krita part:

Porting the G’MIC-Qt plugin to Krita

When version 2.0 was released, we were pleased to announce a complete rewrite (in Qt) of the G’MIC plugin code for GIMP, so that we had a G’MIC-Qt plugin theoretically “universal”, i. e. which can be adapted to work with any host software other than GIMP. Well, an additional step has been taken, since this plugin was actually extended to integrate with the free digital painting software Krita.
This was made possible thanks to the development work of Boudewijn Rempt (primary maintainer of Krita) and Sébastien Fourey (developer of the plugin). The G’MIC-Qt plugin is now available for the 3.3+ versions of Krita and, even though it does not yet implement all the input-output features of its GIMP equivalent, the feedbacks we have had are quite positive.
This new porting replaces the old G’MIC plugin for Krita, which had not been maintained for some time. The good news for Krita’s users and developers is that they now have a plugin which code is common to the one running on GIMP, and which we will be able to maintain and update (for the most part).
It should be noted that this porting mainly required the writing of a host_krita.cpp source file (in C++) allowing communication between the host software and the plugin, and it is reasonable to think that a similar effort would allow other software to have their own version of the G’MIC plugin, and some 500 image processing filters delivered with it! Heads-up to developers…

Porting the G’MIC-Qt plugin to Krita

BTW
G’MIC plugin in Krita isn’t working anymore since some releases.
There is a bug, something around “Krita cannot find the gmic-qt plugin”

As Krita 3.3.3 has been released, one can hope for the bug got fixed anyway cannot say for sure here also because our version is not yet updated.

Did you succeeded to install it?
Here is what I get:

because our version is not yet updated 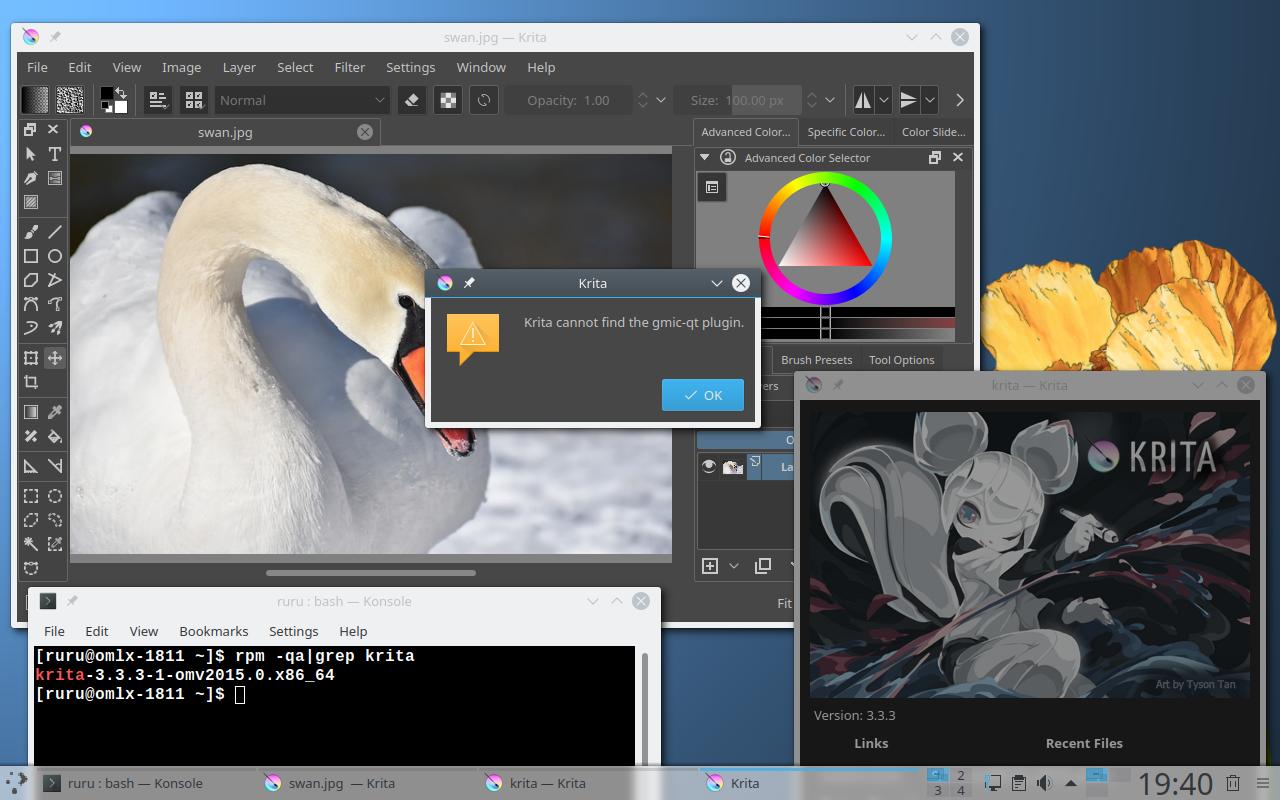 I know this is not a solution but if anyone need use krita 4 and gmic2.2 can use appimage build. Just download both app in appimage format, then make it executable and run. Should work fine.

Worth to add, for krita and gmic appimage is now officially supported packages. More info at krita download page here.

Yep, appimage is working fine since krita 3.2 (? or such) when I first noticed gmic plugin was not working anymore with standard app.
Confirmed, so anyone needing or wanting it can do.

I’m rather impressed by the step done since G’mic 1.7.9 that is in our repos.

It’s possible that we may get some surprise soon

It’s possible that we may get some surprise soon 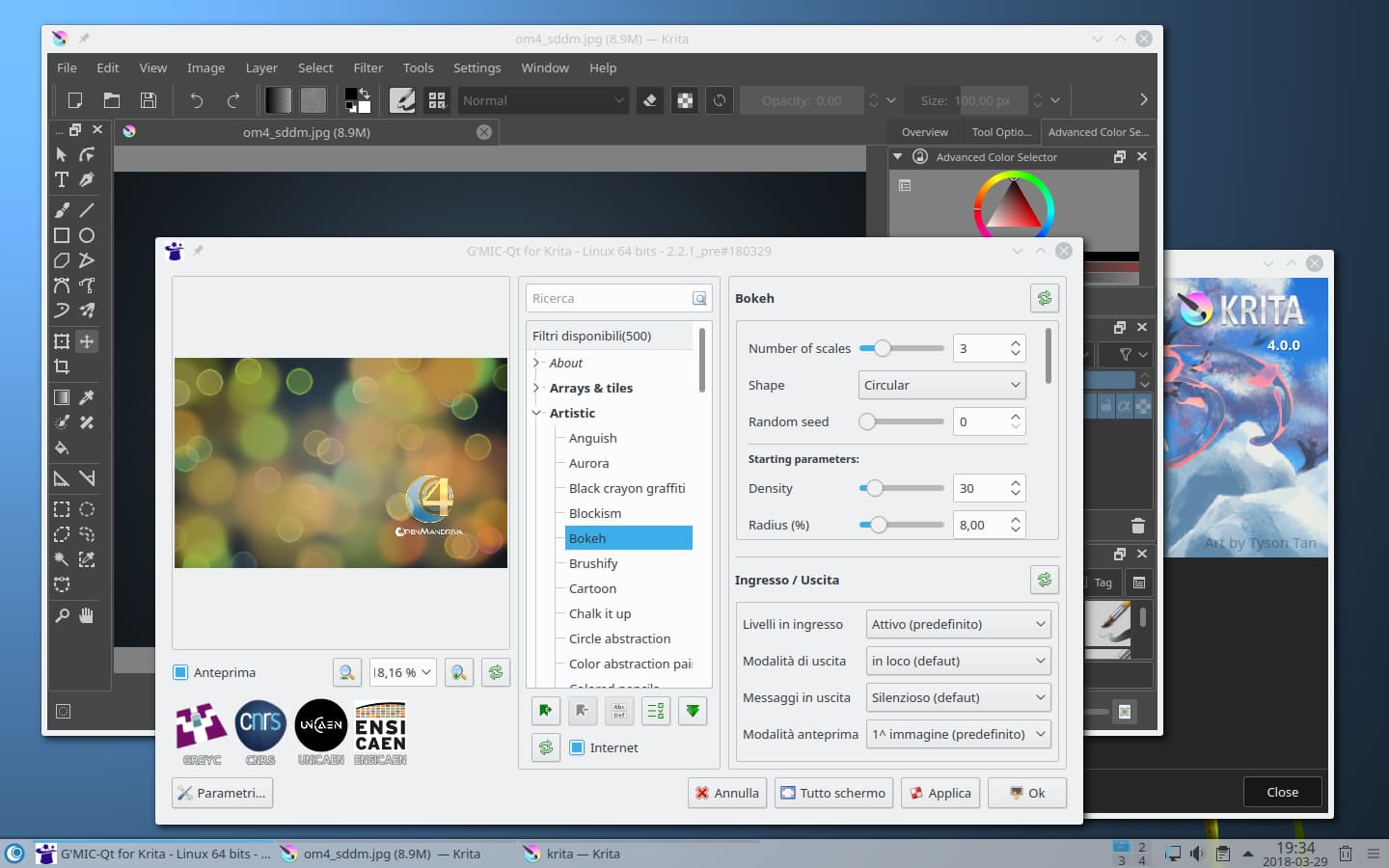