Question on /home after installation of OMV LX 3.0

I would like to have the new /home as a symlink to the old /home so as to have access to my files.

Hi @adelson.oliveira
To get it right, /home is in the same partition as / currently, am I right?

The new /home is in the same partition as /. So the answer is Yes. My old
/home, that has all my files and work, lies in another (bigger) partition. 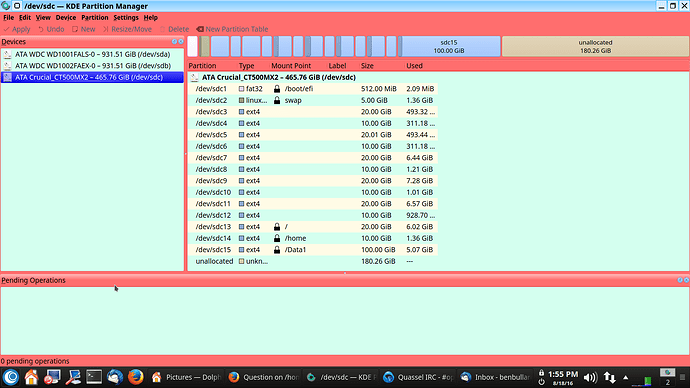 One can also add other partitions to be mounted, I add two I name /Data (on another HD) for storage and /Data1 on my SSD for VM’s in VirtualBox. Obviously you don’t ever format these. (They can be named anything one desires as long as it is preceded by the forward slash).

This is screenshot of /etc/fstab automatically created by ‘Manual Partitioning’ in Calamares installer. 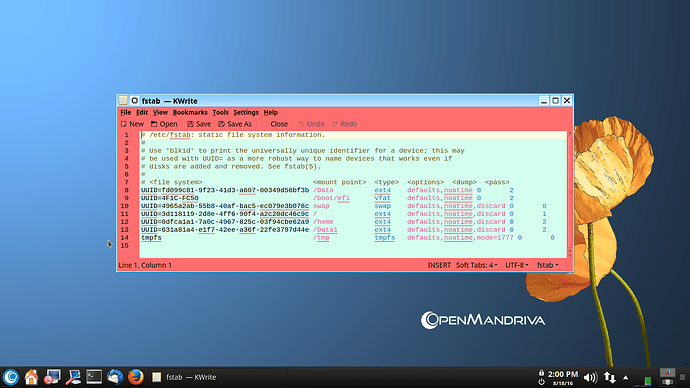 One can see from seperate UUID’s that / and /home are on separate partitions.

If you simply want to access your old home, as root:

However if you want to replace your new home with old one, it’s a more complicated process, you need (as root)

Do you need more detailed process?

edit: my post is kind of very short and not very precise because I reply with my phone

Dear Ben79 and Raphael, thanks for answering.
I decided to reinstall OMV LX 3.0, again using live mode, to follow the “Manual Partitioning” and I got /home at the second and bigger disk partition.
Installation went fine and my login showed that all my files was there with Desktop configurations, etc.
Other users, defined after installation using MCC, did not went so well. Anyway, I’ve made a backup and now I can recover other users files easily (I guess).

Having /home correctly in the secondary partition is what I needed first!

I’ll report any other bugs, problems, as soon as they ocasionally show up.

Great. Could you be so kind as to mark the title of thread ‘Solved’.

Yes. This seems to be solved.

Great. Could you be so kind as to mark the title of thread ‘Solved’.

What I wrote is incorrect.

This forum is set up to mark the exact post that solved the problem. Neat feature.

Not incorret IMHO, both are complementary (the [solved] tag is good for search engines, and the feature is good to help going right to the solution