QA meeting for GO/NOGO on ISOs Beta candidate 130 and 131 was held today.
It is decided that last couple of issues do not let us call the ISO a Beta yet. This will take another few days.

We are upset with the delay, but delivering you the best experience and being responsible for what we call “Beta” is top priority.

We are almost there! Please join testing the Beta in just couple of days (if everything, as we hope, goes fine

I was being sarcastic. Some of us have been asking for a long time for new release to be called OM Lx 3 not 2015. 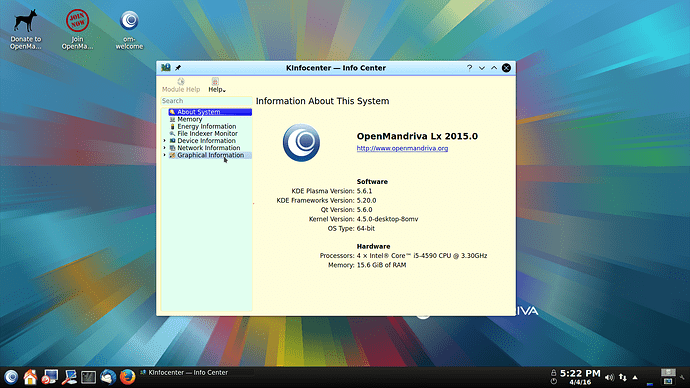 and now, what is going to happen ? there is a deafening silence I find.

they did a great job, maybe they took a few days off
but we did it too … so I’m going to fish

Having followed this from the outside, I think that the current process go / nogo is not good and leads as inevitably frustrations with 2 sides.
It would be better if, in consultation with the developers, it is decided that iso is a candidate to be the beta. For 8 days at the request of quality team, the iso will be tested by the most possible people and corrected. In this regard it would be good to have a significant number of real installations.
During this period no updates will be performed, only bug fixes will be built.
After this period the quality team requests the production of the final iso (or not, if it considers unsatisfactory iso, the process is then definitely halted).
The quality team, then tests this iso with serenity and gives his verdict.

Another thing, during the test period, I find unnecessary and against productive to report errors found in the mailing list (except absolute emergency). The only way is bugzilla.

as usual, it’s just my opinion

you are a dreamer

so I’m going to fish

you are a dreamer

yes it is to stay young

catch and release only

regarding the validation process, I agree with you.
now is just ridiculous.

Oh, didn’t get that. It’s not to be called Beta until we have an official Beta release which we haven’t yet so it is still Alpha. The attempt at humor comes in because like the name issue people have repeatedly asked developers not to call .iso’s Beta until it actually is. That issue has gotten the same response as the name issue.

The .iso naming issue has lead to .iso’s being reviewed as our Beta release when we haven’t yet had a Beta release. This can lead to serious misconceptions about the quality of our distro. So to me this is a serious issue.

The naming issue. Sigh. Are we really going to release in the second half of 2016 something named OM Lx 2015. If anyone has OM Lx 3 Alpha installed open KDE Info Center and see what it says. Also to me a serious issue.

So about 2 serious issues I was making an attempt at humor. Sometimes it’s better to let frustration boil over to humor rather than anger.

from what I see in bugzilla, you can stay quietly fish for several days