Many bugs fixed…
Release notes can be found here

Making torrents now ready in case of a “Go” decision.

Torrent files are here Index of /OMA Beta/ if anyone else wants to warm up a seedbox with them. (Temporarily, though, don’t hotlink these files at release time btw)

Making torrents now ready in case of a “Go” decision

Thanks, that was quick! 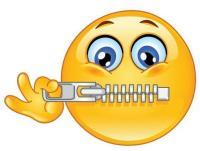 Thanks, I’ll see what I can do for seeding when I get some time.

Well also when we get right QA approved .iso’s. We don’t seem quite there yet.

We don’t seem quite there yet.