Post-Edit: Rolling is currently in an odd perhaps degraded state. If you are already using and not having problems don’t worry. It you aren’t already using Rolling it would be wise to wait until we make the Official Announcement.

Sorry about that folks.

Hi before its named: cooker but only thing that be upgraded after release is chrome\opera?

Can you please explain how to switch to rolling release?

Can you please explain how to switch to rolling release?

anyone using Rolling should know enough to leave themselves in a situation where they can do a fresh install if it becomes necessary or desirable. 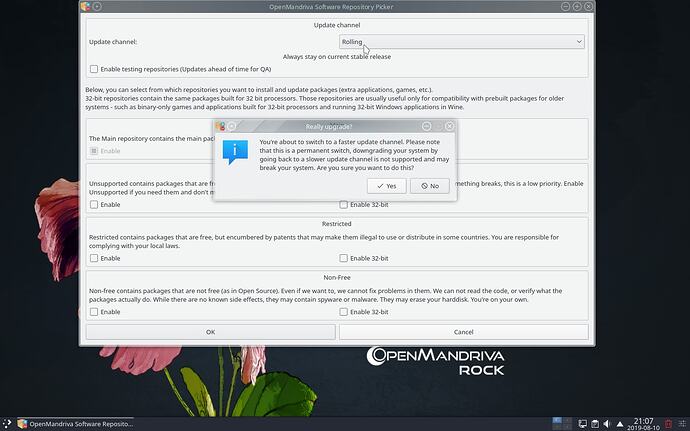 Read:
You’re about to switch to a faster update channel. Please note that this is a permanent switch, downgrading your system by going back to a slower update channel is not supported and may break your system. Are you sure you want to do this?

How did you do it with terminal?

I like openmandriva, but its a lot of outdated, fedora is better or ubuntu.
How can i reinstall without to remove installed program? I guess its possible to upgrade, but installer did not have that future. 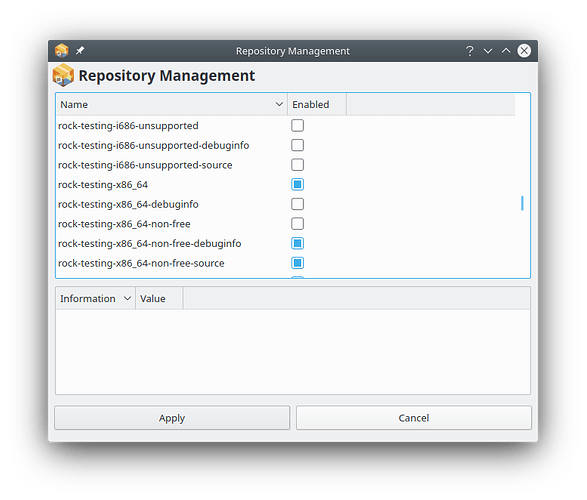 try somelike that but its did not works. So not easy.

try somelike that but its did not works. So not easy.

No you didn’t and yes it is easy. You just completely did it wrong. @rugyada posted screen shot. Don’t know if anyone can explain it any better.

Hint: dnfdragora has nothing what so ever to do with what is in this tread.

Post-edit: The original post was thrown out and something new written. (I was a naughty, man).