Along with the bugsquashing day we could make a contest aiming to solve one especially annoying hard to fix issue.
The first coming to my mind, for example is the plymouth issue… hehe.
What I mean: to focus each time only on 1 given issue chosen in advance.

This contest can be played not only in IRC channel but also by email, bugzilla, forum or the tool we see better, and during several days until the bug is fixed.
The winner gets a small prize, and/or a special mention somewhere in our website.

In case, a funny contest name could be set. Kill that bug or smt in the lines.
If one don’t like the word “kill”, it’s just as an example

I think this is really good idea!
Imo the main reason why our bugsquashing idea (self very good) was not followed too much - is lack of peculiarity. Cristina’s suggestion solves it

All for it and can take care of the prizes side: T-shirt of custom size or cup etc

You always give me excellent inputs

Maybe the higher price would be giving @bero’s dogs

Not really, better a “Golden Chwido” instead (like the Oscar statue)

“Golden Chwido” for the “Dev of the year”

Seriously I think may be an attractive idea.
A challenge

Plymouth is indeed a very persistent bug. However I fear if we make it our first “Kill that bug” we’ll be stuck forever on the same bug. 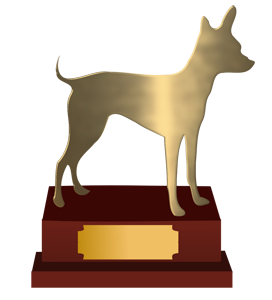 This topic just got “bump”-ed by a spamming attempt (promptly terminated as soon as shown up btw hehe), so it could be seen as a kind of remind.

Not sure if we can deliver prizes anymore right now, nevertheless we can always regale a lot of virtual awards (the Golden Chwido personalized with the winner name for example). And the due credits of course…