KDE crash in openMandrica 3.03. This issue has reported in several Linux distributions. But the solution they provide does not work.
Eg : 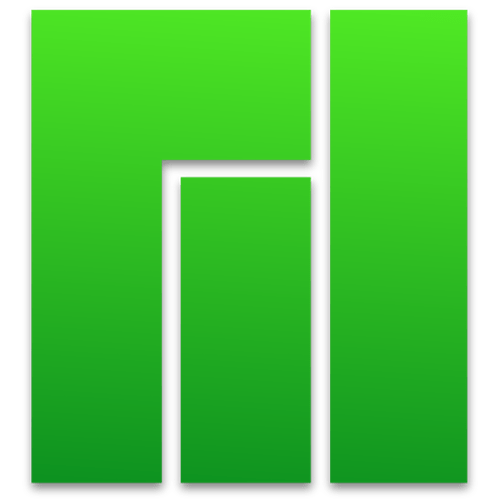 Could be a config issue, some other users have reported various Plasma issues since migrating to 5.10. Your stability issues seem more serious, but could be a similar root cause. Have a look at this thread and the solution, which was to rename KDE...

You can try to…

KDE Crash is not a specific problem so there is nothing to fix. I’m not trying to be a smart @#$ saying this, this is the feedback I get from OM developers. Your using KDE desktop so saying KDE Crash is no more than saying “It Crash”. Devs keep telling me that to fix “It” they need some idea of what “It” is.

To find out what is crashing you would look at journal logs (journalctl) and see what is posted right before the crash. There might also be something in /var/log/Xorg.0.log or /var/log/Xorg.0.log.old. And a third place to look /home/<user_name>/.local/share/sddm/xorg-session.log where <user_name> is replace with your user name. As with journalctl you are looking for the most recent entries right before a crash.

To access journal of your mosr recent previous boot:

Pay attention to anything that say “error” or any red lines as red lines are supposed to indicate most serious issues. But in general you look at everything posted in the 1 or 2 minutes before crash or freeze.

Note: To post journalctl logs or other logs more than say 20 lines please put them in a pastebin.com or similar and post a link to that here. And it is best to include the command you used (for journal) and all of the output. Devs may see something earlier in logs that point to an issue with a computer.

OK thanks for logs. I haven’t had time to read them yet. Developers are all tied up with the conversion from urpmi to dnf for OM Lx 4 release. So users need to do everything possible to narrow down problems in order get things fixed.

An unfortunate consequence of an all volunteer community distro with a small community.

We do have more people developing than we did a year ago so there is progress on that front. But it is still to small of a group to do everything we wish we could. Same for QA-Team which has not grown and suffers even more from a lack of people involved.

I’m going to say again for about the 20th time that KDE/Plasma5 desktop crashing is very likely, almost certainly, an upstream issue. It would be faster to take questions about this to KDE.org and talk to KDE developers.

The fact that we are still seeing reports and bug reports about this at KDE.org and in other distros tells us that one heck of lot more developers than OpenMandriva has have looked at and not solved these issues.

Note: Lest anyone think I’m preaching or criticizing remember that I have these issues some times also.

If have debug symbols installed, the ‘Developer Information’ tab will contain text."

Need a feedback how to install this…

You may add debug_* repositories form the abf repository, then you will be able to install debug packages as usual.

To add to what @mandian says above. We don’t know what packages you need the debug symbols for but it is likely they’ll be KDE/Plasma5 packages so you may only need these 2 repos:

but do be aware if they are needed there are ‘release’ and ‘updates’ ‘debug_’ repos for contrib, non-free, and restricted as well.

@pujithadimuthu the journalctl pastebins have been removed. Could you repost them please?

Otherwise all I see is in the xorg-session.log:

Edit: This would indicate plasmashell is crashing which may be useful to know at some point.

are they the correct?

As far as what debug packages to install I have asked @ #openmandriva-cooker on IRC and might get an answer in the morning.

And combined with the KDE page maybe we can figure this out. I know I’m learning here.

debug packages to install I h

yes i need to get the packages needed. Provide a feedback ASAP

Your logs do show a lot of coredumps. Could you post output of:

if it is a long list just post the files as .txt like you did with the journalctl output. (That was I good idea by the way, better than pastebin I think).

I have asked will reply as soon as I get something.

Also it is possible you and I do have exactly the same issue as I don’t show any plasmashell coredumps. But I’ll keep plugging away at this form time to time as time allows. One difference may be that I have Intel graphics and yours I believe is nVidia.

Another question born of curiosity. If you run:

does that show and packages for removal? If so how many? I’m not asking you to actually run it just start it and see what it says and select ‘N’ for no if you do not want to run it.

Foxconn G31MX has a on board Intel VGA. I use a separate VGA nVidia GeForce 210.

Can you run gdb on most recent instance of /usr/bin/plasmashell coredump and post contents here. You probably need to install gdb:

then at gdb prompt run simply:

Where the is the PID of the most recent core dump of /usr/bin/plasmashell with out the < and >.

I’m working with a developer on this to find our what debug packages we need to install. He is currently building a debug package for ‘plasma-workspace’.

Or if you are around now you could join us on #openmandriva-cooker on IRC.

Edit: I just sent you a pm that is basically same as this post, just wanted to notify you ASAP.

From what I’m seeing the debug packages needed probably have to be built. Using my system as an example:

So the to investigate we probably need these debug packages:

The glibc debug package exists but the others do not.

But also keep in mind that results on your system will be different and there may be different or additional packages needed based on that.