As title says when I boot to live in LXQt ISO 1300 NetworkManager.service is not running.

The above says it is both disabled and enabled but this is an ISO in 'Live" so something seems broken. 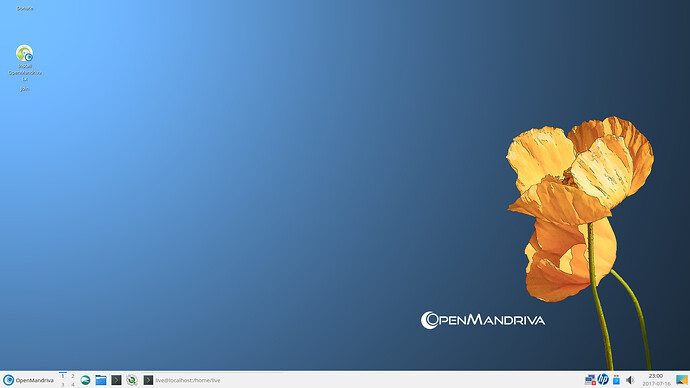 NetworkManager applet shows red X as it is not running upon user first login to ‘Live’.

will start the service.

Edit: This was tested in both hardware and virtualbox.

) but once installed (in vbox) Network MAnager worked properly so the problem was in live mode only.

It’s probably a systemd service not being run for some reason. Th odd thing is that although it appears not to be running networking is available so it’s only the app that seems to be indicating the state of the network incorrectly. I haven’t tested on real hardware only in VirtualBox.
Best,
Colin

First thanks to Colin for his work making this LXQt ISO # 1300 available. 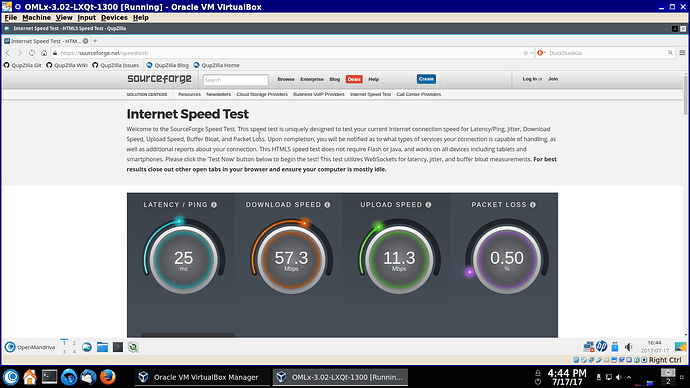 Screenshot showing SourceForge internet speed test in Qupzilla while NetworkManager applet shows NetworkManager as not running. So as Colin says internet is there and it works. Nonetheless this needs to be fixed.

And while we are fixing things could we make the VirtualBox window size be 1024x768 in ‘Live’ and ‘Install’ modes like ISO 1298 does? Bero knows how. With the VBox window at 800x600 it is to small for Calamares making things difficult for users.

To be sure the window size in VirtualBox is easy to work around by maximizing the Calamares window. Anyway this screen shot from ‘Install’ shows what a noobie user would see upon first booting the ISO in ‘Install’. Note that the back, next, and cancel buttons are not visible. So it would be a nice thing if this gets fixed. 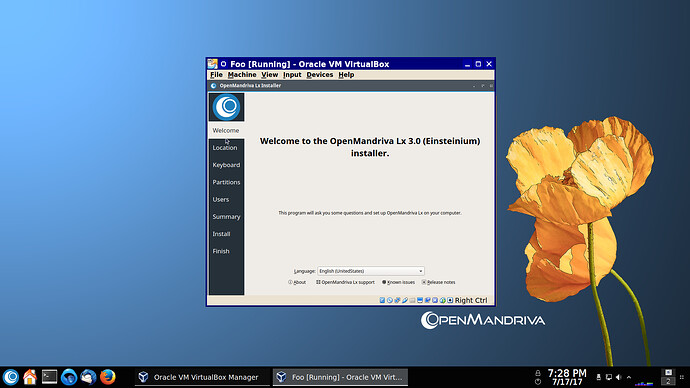 Edit: And the Calamares window appears the same when booted in to ‘Live’. To small.

That’s very strange because I thought the size problem had been fixed upstream and calamares rebuilt to include it thus making bero’s change unecessary. Maybe that version is only in cooker.
In theory network manager has been deprecated and plasma uses a network applet to display activity maybe there is a replacment for lxqt too.
Best,
Colin

I’m trying to build latest version of networkmanager-applet on ABF, if someone would like to test with it.

There is an existing bug report about the window size issue.

New version of networkmanager-applet doesn’t help. However I did so I’ll make a pull request

@mandian @anyone Is this still an issue?

@ben79 A new LXQt ISO is needed to answer this. Meanwhile NetworkManager has been updated into the repo so NetworkManager applet could be too, but I haven’t had the time to make this.

Either of those would be way more up to date than the now disappeared ISO # 1300.

There is discussion of probability that LX 4 will be produced with Plasma5 only and LXQt only ISO’s with maybe IceWm as lightweight backup desktop. I’m hoping.