I have looked and not found which GliBc Version are implemented oer possible as AddoN in Open Mandriva. I have installed Mandriva2014 in Oracle VirtualBox and I need GliBc 2.3 Version to run a CobolRuntime for this version

I have installed Mandriva2014

Thanks for information
I use openmandriva 2014, because this is usable in VirtualBox
Open Mandriva LX 4.0 is not fix installable like version OM 2014, i think .
I have not find in installation a point to install inside of the
computer, only running direct…

Hoewver i need to use the glibc 2.3 . And i do not find informations
that and from where
i can install in any version of OpenMandriva 2014 or before.

I use openmandriva 2014, because this is usable in VirtualBox

We are using OpenMandriva Lx 4.x in VirtualBox without any problem.
To install it, both in VB and in real hardware you have to start live mode then run Calamares installer (Install OpenMandriva icon on desktop or from Application Menu)

The latest version of OMLx is called either OMLx 4.0 or Rock. Here it is in VBox: 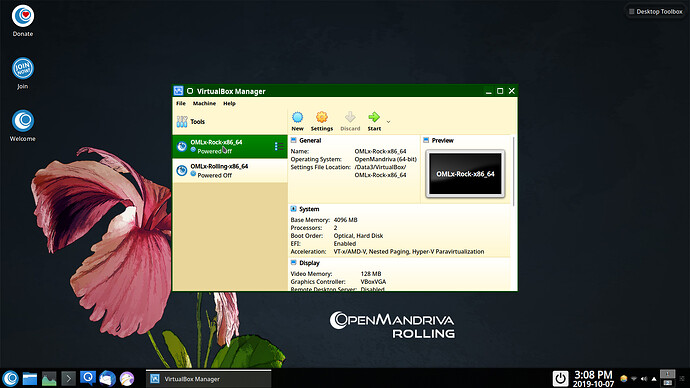 And here it is booted in to in VBox: 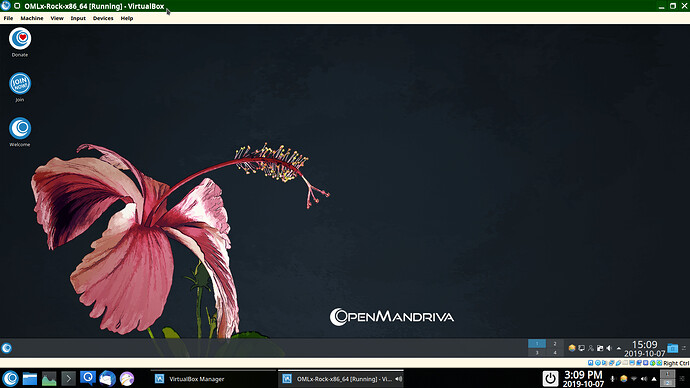 So it definitely works. If you are having difficulty it might be a VirtualBox setting that needs to be changed. We’ll try to help if we have enough information to do so.

Post-edit: I also checked and OMLx Rock has glibc 2.29 so to get glibc 2.3 you would need to install OMLx Rolling which is in testing but generally works well. The different releases are explained here. If you are comfortable with command line the Rolling Release should be easy enough to do. If interested let us know.