With the Plasma Cooker VBox, it’s also the first time I’ve tried Wayland. The fonts in Thunderbird, Firefox and the Plasma interface are fine, but in Claws Mail, they’re quite distorted. If I switch the Plasma session to X11, the Claws fonts are fine.

Is this just the nature of Wayland and how it works, or perhaps because VBox uses a virtual GPU (default is VMWare/VMSVGA) that might not work 100% with Wayland yet?

@epp Thanks for your active participation in testing ROME.

- Plasma cooker slim is an as much as possible minimal-ized system for those who prefer to install their favorite apps themselves, without what many may believe redundant pre-installed software that they will probably never use.
It’s assumed that user knows the applications and packages names and is able to install them afterwards.
Slim is also slightly different from the full ISO, for example I removed the wayland session which might give issues to some users just because it is there. The default kernel is the one GCC compiled, the audio is pulseaudio vs. pipewire.
Plasma slim is a pretty young project, it may still need of some fine-tuning but always keeping in mind its main target.

- Plasma cooker on the contrary is full featured system. For the purpose of testing ROME is what one should refer to.

@rugyada Thanks for the notes. I did not know Wayland had been removed from Slim.

The installed build is Plasma Slim, # 1286, which included Wayland. I have since switched the kernel from kernel-desktop-gcc to kernel-desktop.

Below are two images of the Claws Mail About screen, X11 and Wayland. 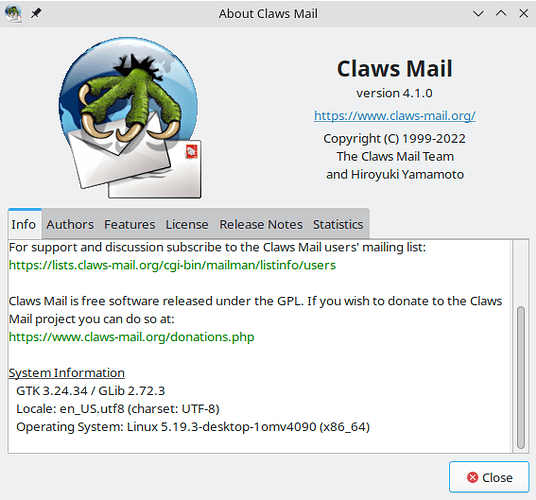 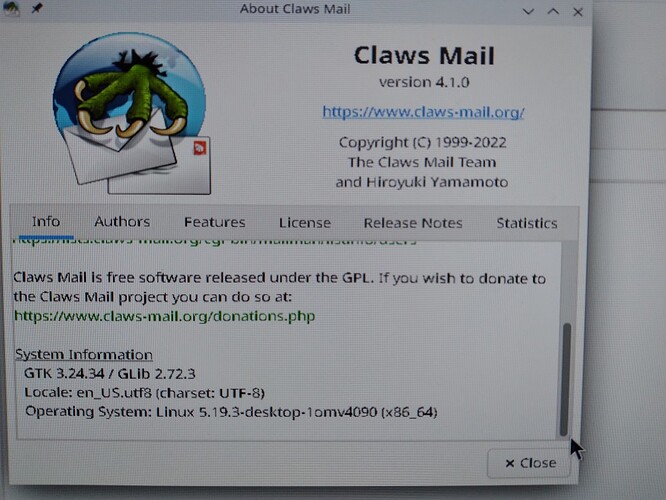 I confirm the problem, I use wayland by default and the same thing happens with other programs (eg audacity). I think it is related to gtk programs that do not support wayland 100%, but not all, gimp for example works well …
If I find something I share it.

I also use Wayland by default and Mozilla Thunderbird for email and do not have problems. That said, a number of applications do not support Wayland the way that they should. For instance, Zoom will not let you share a screen unless you are running X11 (and Gnome they say, but it does work in KDE).

So it would appear that it’s Wayland causing the font rendering.

@christopher_tanner Not surprised to hear that about Zoom. The local Linux groups I belong to, have their online meetings using Jitsi and I’m not aware of any issues. I know at least one participant uses Gnome.

@bero applied fix for font rendering on Wayland. Please upgrade your Rolling or Cooker systems and problem should be resolved.

Confirming fixed in both Rolling and Cooker. Thank you.