Post-edit: Would be awesomely helpful if we could get confirmation or not of this behavior to see if this is a real problem or specific to my computer for some reason.

Yup got bug on iso-live session: 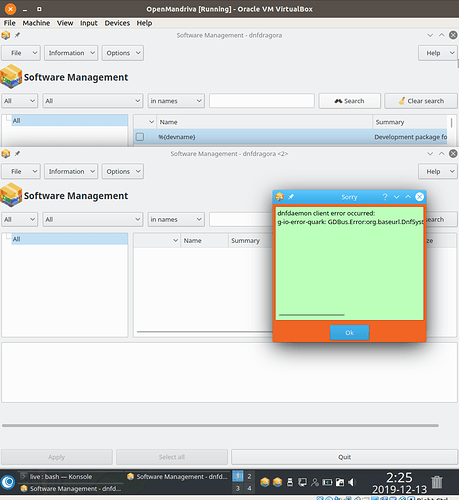 Checking other bug around… 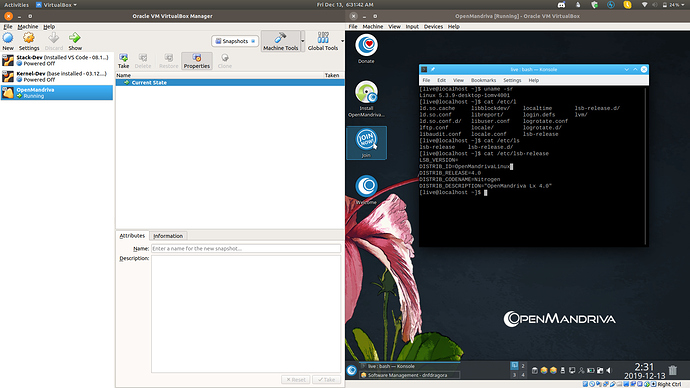 checking other bug around.

This problem has been verified by other people. However I did a fresh install of znver1 and after ‘dnf --refresh upgrade’ the problem occurred again indicating to me that an upgraded package might be the cause.

To reproduce issue on a computer with zen cpu (has to be zen cpu for znver1 to work properly):

I knew before filing the bug report this was likely to be a weird one. Partly because of “why things that work in x86_64 system on same computer then don’t work in znver1?”

So now it looks like this was somehow an internet issue not a problem with any package. Why do I think that?

Because a few hours ago I got knocked off the internet, the connection light on modem was blinking not solid like normal. And though computer was showing me connected my router showed me disconnected. So I rebooted cable modem then rebooted router and now this problem has disappeared. Things now appear working normally.

I’m speculating that the above fixed this otherwise I don’t have any explanation for things all of sudden working that haven’t worked for days.

This issue has arisen again, this time in a older Rolling x86_64 hardware system on wifi (Intel AX-200 as I recall). 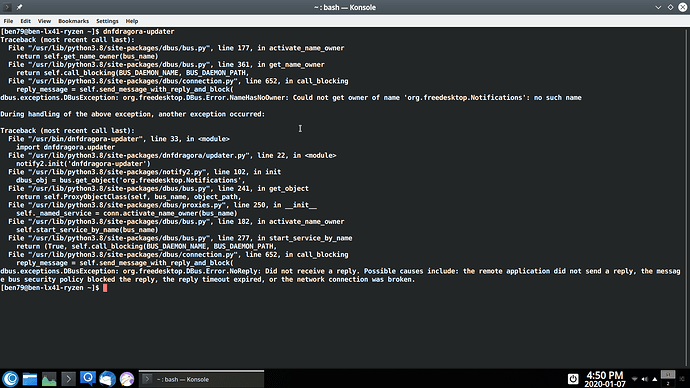 I have no idea as to the cause whether it be dbus, python, dnfdragor-updater, hardware, or perhaps something weird that has happened with all the “cp cooker rolling” upgrades?

If it is the last one then the fix might be to do a fresh install.

This time rebooting cable modem and router is not fixing this.

I think I’ll suppose this is the problem, or something similar regarding upgrade confusion. So I’m going to do a fresh install so this unless the issue returns will be “Can’t Fix”.

Closing. If someone else runs in to this might as well open new thread.