With Google Chrome(but also with Chromium and Opera Developer) I’m not able to print.
Print preview appears, the right printer is suggested, but nothing happens. 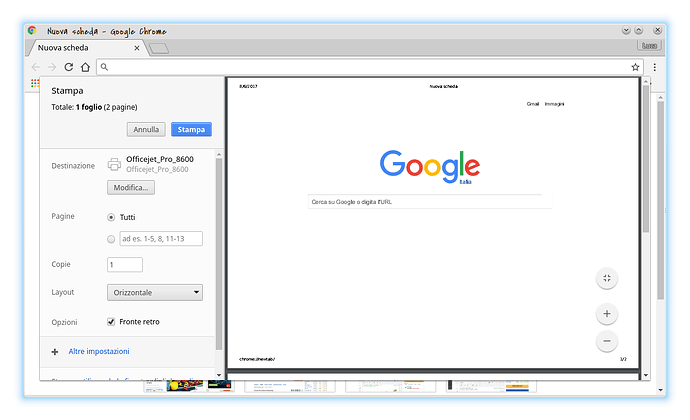 Nothing found in cups logs and .xsession-errors

In FF no problems. 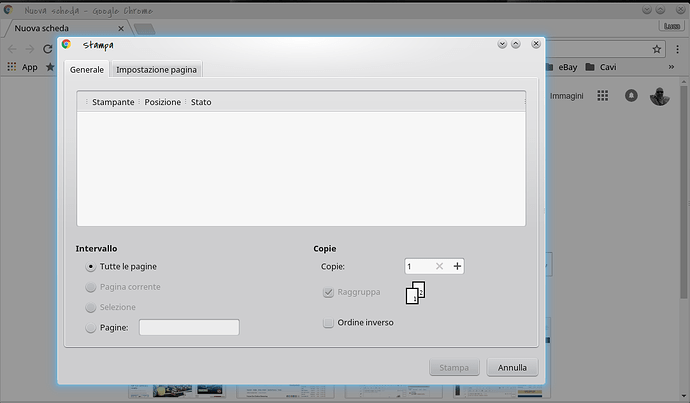 It only happens to me?

Same here. I can only “print” as pdf file.
Other thing, if I choose "print via system dialog box, no printer appears.

Thanks @jclvanier.
Yes, “save as pdf file” works here too.
Yes, “print via system dialog box” = Shift+Ctrl+P no printer appears.

This is a raw build of Chromium for Linux x64, right off the trunk. It may be tremendously buggy.
Same release and same issue …

It seems related to latest chrome versions and 2014.2.