TPG has updated the LXQt packages to version 0.12 and they are in main-updates so install them and test them, and report any issues. Now here’s the trick. It only helps to report issues if the reporting is done to someone that can actually do something to fix the issue. That likely means filing bug reports. Reporting issues here is fine also but certainly anything significant needs to have a proper bug report with enough information so someone else can work on the issue.

These packages seem to be working fine for me so far in a Plasma5/LXQt system. But I don’t use LXQt enough to be a reliable reporter or guage of how good they are or aren’t.

This is a screen shot of some users LXQt Desktop. Yours probably will not look like this. 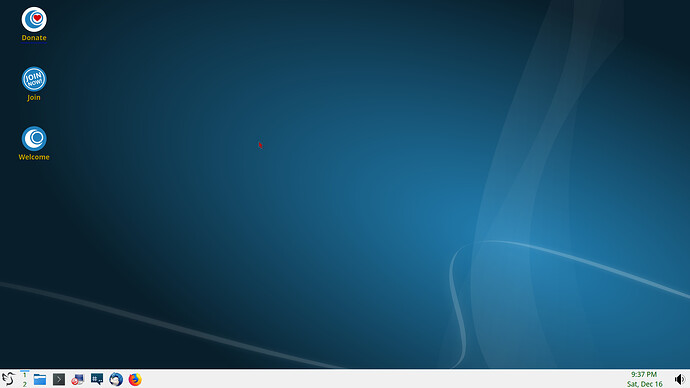 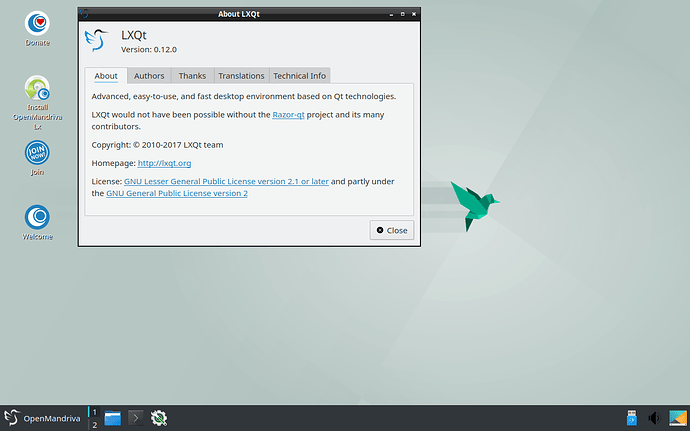 And for people having some trouble when downloading from abf:
https://isos.openmandriva.org/

Not really sure if this can go here, anyway:

meteo-qt application is not working for long time. Maybe a package update could fix it.
meteo-qt/CHANGELOG at master · dglent/meteo-qt · GitHub 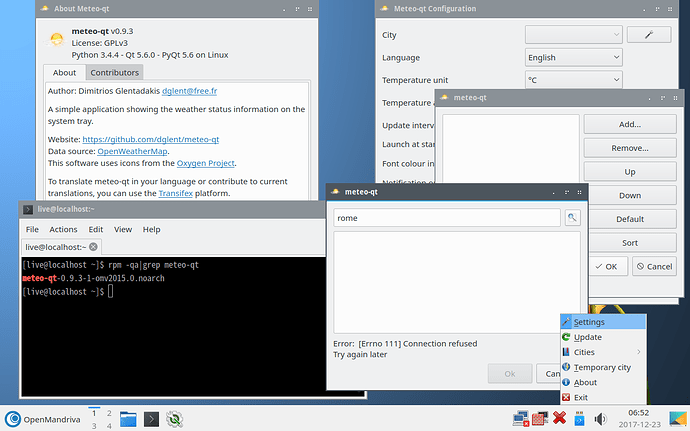 Yes that should go here (and in a bug report as well). What we want is to find out what is wrong with LXQt desktop and start getting things fixed. Last time I asked devs seemed to not be aware of any problems with LXQt.

Most recent bug report regarding meteo-qt is here.

Most recent bug report regarding meteo-qt is here.

Yep, that was a request to include meteo-qt in Plasma ISO.
OTOH meteo-qt is installed by default in LXQt.

(and in a bug report as well)