OpenMandriva developer team has produced new Cooker ISO’s. These represent a preview of upcoming OM Lx 4.3 release. Careful though as these ISO’s use Cooker repositories. Cooker is our development branch. Sometimes things are broken in Cooker. Users should also maintain a more stable OS for production work such as Rolling or Lx 4.2. Perhaps install these on a separate partition or in virtual machine such as VirtualBox or Qemu. Or just boot the ISO ‘Live’ to have a look around.

Been playing with the x86_64 ISO for 2 days. Generally my experience has been very good. The distribution feels solid, stable and responsive! So far, I’ve only caught two things:

As for the rest, I’m looking forward to get the stable 4.3 some day. I’m not a fan of the rolling release model since there is no use in constant updates of what’s been working fine (IMO).
Again, big thanks to the OMV team!

@Zeffanyx thanks for the feedback.

The latest ISO’s build 396 and 397 installed in VBox. Also checked that they boot Legacy and UEFI on hardware.

In VirtualBox EFI boots to uefi interactive shell but they boot if you know how to use the shell. Note: Once you install the Cooker system it will boot normally this only applies to running the ISO media.
Cooker/Lx 4.3 ISO’s EFI boot to shell in VirtualBox bug report

This applies to current all Cooker/Rolling/OM Lx 4.3 ISO’s. Also it applies specifically to OM’s own virtualbox-6.1.26-1. As I recall the issue will be the same in Oracle VirtualBox.

The workaround to boot OM Lx ISO’s in VirtualBox from uefi interactive shell:

Screen-shot of the procedure: 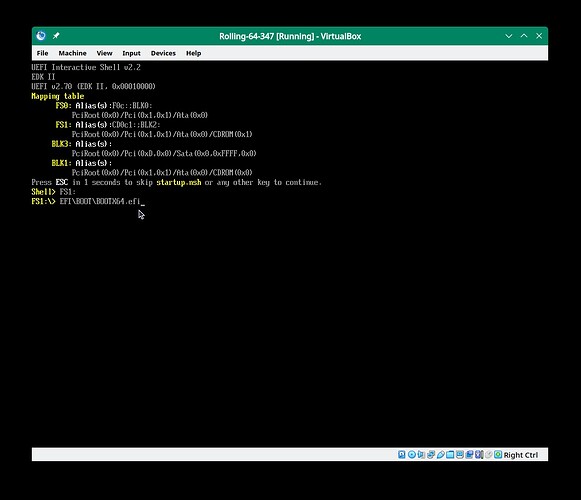 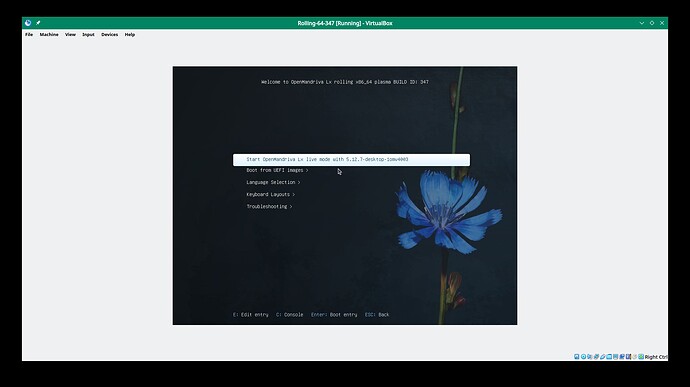 Hint: If you were trying to Legacy boot and got the uefi interactive shell you want to type FS0: to get to the files for that.

This is fixed now. 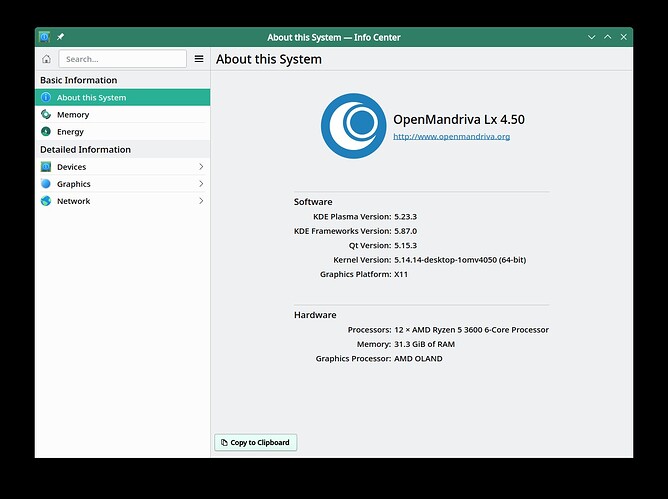 Looks like new ISO from 16.11 is broken at least for me. Just never ending black screen at boot process. Tested in VB and Boxes. Can anyone confirm or deny?

@AngryPenguin I checked the ISOs from 16.11 (#'s 481, 480, 477 and 478) and found they boot Legacy or UEFI on my desktop (Ryzen5 3600) with no problem In VirtualBox they boot Legacy OK. If user wishes to use EFI boot in VBox they boot to an interactive shell where you enter a few commands to EFI boot as described here. After EFI install in VBox then the installed system boots normally.

and they both boot Legacy and UEFI. When I do this check I also check that intenet is connected or connect to wifi depending of the box I’m working on. Then check that Calamares installer opens and navigates to the partitioning page and check that all drives and partitions are recognized. Then open a few things at random from systray, app menu or desktop to spot check that things are generally working.

So on every box I normally test on here the ISOs (and the Calamares installer) are working OK.

Note: I also installed all 4 ISOs in VBox on my desktop (EFI boot).

A post was merged into an existing topic: New LXQt ISOs for Rock & Rolling