If you find any issues please report in the thread Set course for 3.03 release. Any help we get testing is much appreciated.

Update 11/06/2017: The issue with Calamares not working with wifi enabled on ISO 1530 is now fixed. New ISO with new KFrameworks and other new stuff as reported here. Links above updated to most recent ISO’s. As far as I know they work.

For people who have trouble downloading these isos from abf, here is a temporary alternative.
Please, Ben, could you try?

Edit: Thanks @jclvanier for the links for those having difficulty downloading from “Products - Platform 3.0 - ABF”

Anyone of our 100’s of testers having difficulty getting our ISO’s to boot in VirtualBox there is a know bug which shows an error like: 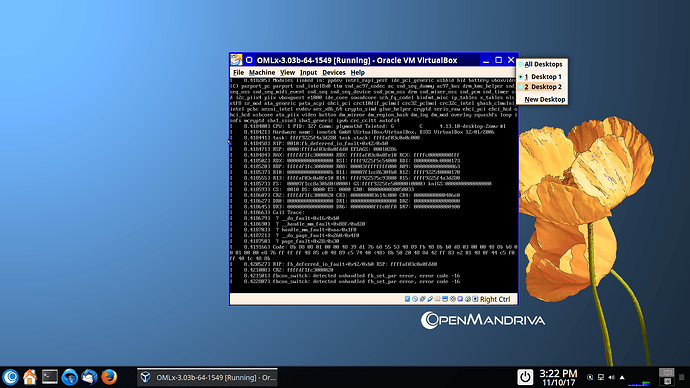 One work around is to remove ‘quiet rhgb splash=silent’ from boot parameters in grub2 menu.

@jclvanier we have new ISO’s and these may be the final ones so If you could put them up at the alternate site that would be awesomely helpful.

Any users that need to file a bug report it is recommended to include in any bug report ‘omv-bug-report.log.xz’. Instructions for doing this here.

@jclvanier we have new ISO’s and these may be the final ones so If you could put them up at the alternate site that would be awesomely helpful.

What about rename it OpenMandrivaLx.3.03 instead?

That’s the name given by ABF …
However, I think you are right.
What’s the feeling of the devs?

What’s the feeling of the devs?

LXQt ISO is made from same repositories at same time as Lx-3.03 Plasma5 ISO’s so I would think it should be Lx-3.03. I asked @Colin and he said it was an oversight. So we can hope for a rename when ever the next LXQt ISO is built and released.

Edit2: Also bear in mind that LXQt ISO probably won’t be part of official LX-3.03 release. I don’t know why.

Well looks like I was wrong about these being the final ISO’s. Issues I thought resolved aren’t yet. One is the VirtualBox booting issue shown here.

This is another one. I think those 2 are all left to fix before release.

Sorry about that folks, I meant well.

Please test the two ISO’S 1577 and 1578 paticularly in VirtualBox as they carry the patch that fixes the kernel oops on boot. It may also fix the issue of the Calamares installer screen being too small. At least it works ok here.
If there are no major issues these can be the release ISO’s.
Please report as soon as you have time to test as we are anxious to release.
Colin 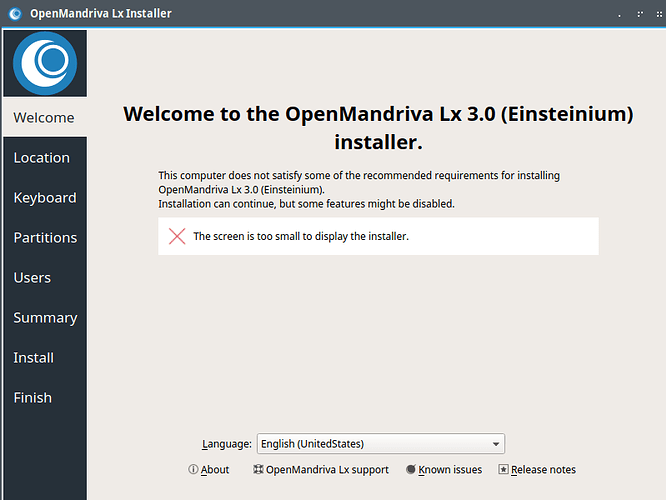 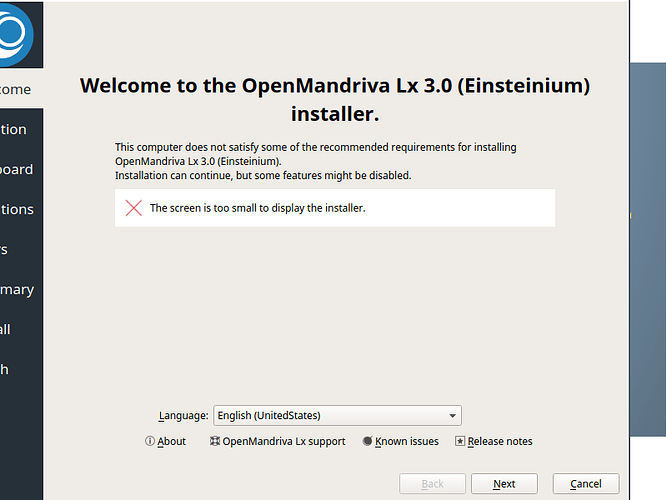 Users won’t see the Next button even if they wanted to ignore warning about screen too small.

Yes VirtualBox screen size is still a problem with ISO # 1576.

If booted to Live: On my computer all I have to do is maximize VirtualBox window and ‘Live’ adjusts automatically. Also it is easy to enlarge VirtualBox screen from ‘View’.

If booted to Install: Only trick I have found is to maximize/minimize the Calamares window. I haven’t found anyway to enlarge VirtualBox screen. But one certainly can install OM this way.

This perhaps is something we should cover in detail in Release Notes. WDYT?

Yes VirtualBox screen size is still a problem with ISO # 1576.

My opinion calamares window size is the problem

No more scary red X warning.
Still Next and Cancel buttons are not shown but maximize calamares window does the trick.

This perhaps is something we should cover in detail in Release Notes. WDYT? 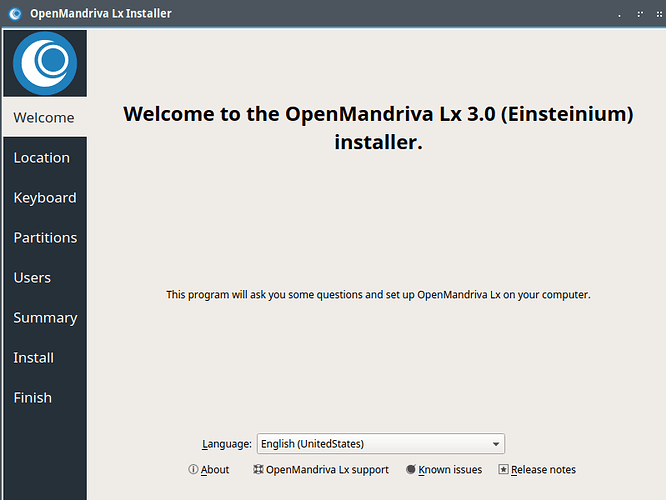 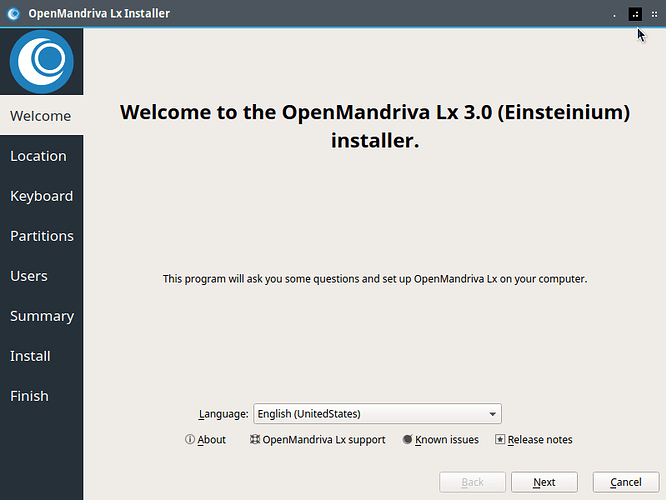 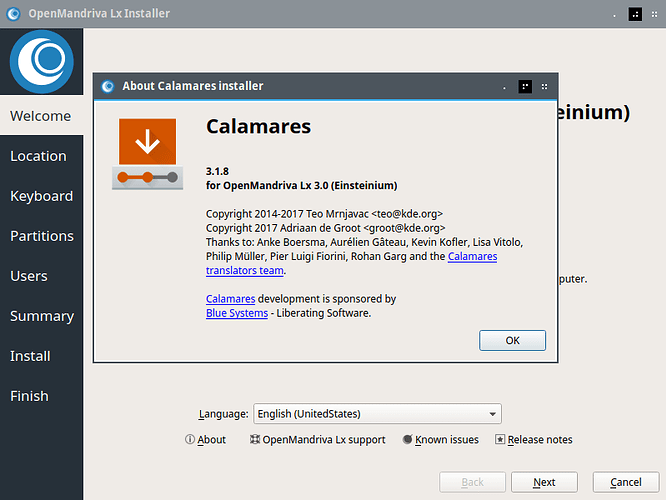 Maybe is due to this patch.