Both has failed. And MCC stuck when Installing.

Do you know any Desktops that is easy to use for Kids and In Schools?

Actually only PLASMA and LXQt are fully working. I’ve quite finished to fix MATE but it is not fully working yet. About Cinnamon it’s a know issue but none has fixed it until now (maybe I will try after I finished with MATE). I don’t know anything about Sugar.

actual works on 3.0 plasma not the download manager from plasma-apps (desktopapps), and other themes, because the configuration files of them do exist easy not on new installations where be the urls into from the download locations.

try it out and have… ?fun?
a issue writing… become no feedback, so why should i am writing a issue again …

if you have fun, write one …

More information and Issues see the below image 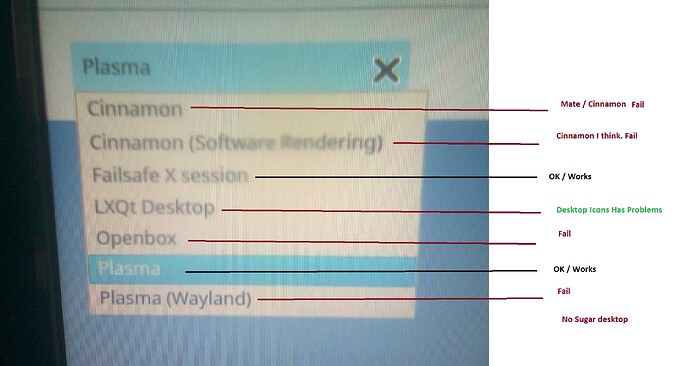 MATE is quite ready but has not been released yet (a testing version is in my personal repo).

LXQt works here. What icons did you refer?

There are also GNOME and XFCE (but XFCE is actually broken on 3.0).

No PrtScreen app works. Is there a application for that function in LXQt?

In LXQt the start menu no description for Wine. I created a Basic link to file or folder to Home folder in KDE.
Link created in KDE desktop. Links shows as a text file in LXQt Desktop. Donate and Welcome no Icon image in LXQt Desktop. As I remember. I deleted both in the KDE Desktop after changing the Desktops.

No PrtScreen app works. Is there a application for that function in LXQt?

I don’t know this app. What is it uded for?

I created a Basic link to file or folder to Home folder in KDE.
Link created in KDE desktop. Links shows as a text file in LXQt Desktop

It’s quite normal. Desktop links may depend on file manager and PLASMA uses dolphin while LXQt uses pcmanfm-qt. To avoid they been showed in desktop other than PLASMA just add “OnlyShowIn=KDE” at the end of these file. If links are located other than Desktop you may use ln -s command instead.

Donate and Welcome no Icon image in LXQt Desktop.

It’s an old bug has been fixed now, at least on my box. Is you system updated?

Done. But displays as a file 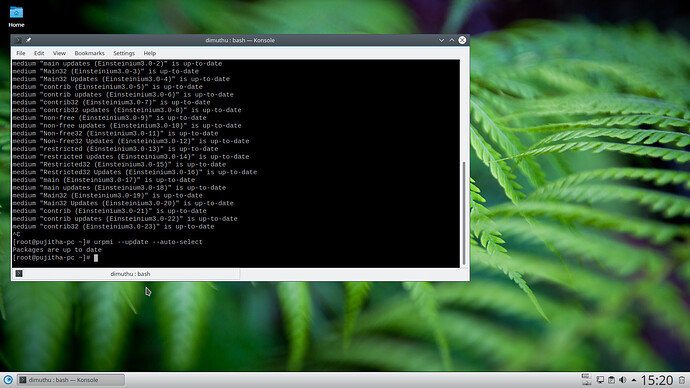 The above hack is only useful to hide icons from the Desktop when you use another DE but from file manager you can always see such a link as files, as they really are. To avoid this you may use the command ln -s from terminal in order to make symbolic link, visible in every DE and from the command line too.