I still have one OMV LX303 installation and after updating firefox to 67.0.1 I simply lost all my personal data.
Firefox said it would not use my personal data in that computer.
Made many attempts to recover but no luck. Firefox is out!

then in new window select your previous profile (default) and restart browser.
Should help.

Obviously I failed but the whole point of this post was to alert forum users to this change and further to explain that Mozilla puts up an initial information page telling you what to do to recover your data and settings.

Also to let users know this has nothing to do with OpenMandriva or what version of OM you are using, this is strictly upstream decision making by Mozilla.

I got caught with this update that seems to me it tends to open a firefox account to save the data (once again or and to do what?). I got the bookmarks in .mozilla / firefox / bookmark backup or something similar but I lost all my passwords …

My old profile is in .mozilla/firefox, I’ve double checked.

I’d bet you new profile is in the same place. .mozilla can hold many different profiles.

Your output of ‘firefox -p’ is weird. The GTK warnings are meaningless. The rest of it looks like somethings are broken so you needed a new profile anyway. For any missing data look in .mozilla/firefox for your old profile if it isn’t there this issue is over.

Normally installing or updating firefox does not remove your old profile it just creates a new one and gives all the error dialogs to scare the beejezus out of unsuspecting users. And normally all you have to do is run ‘firefox -p’ and use the old profile. At this time.

In fact, this morning I noticed,

worked fine for another user.

Besides .mozilla/firefox, Firefox also has something in the directory

You need to go to MozillaZine Firefox forum and ask there. As I understand .cache is something limited to temporary things like cookies and other things, it is one of the first things they recommend to erase if you have problems in Firefox so I doubt there would be any significant data there. But do you self a favor and ask people that know more at MozillaZine Firefox forum.

I dont know how to resolve your issue but lets try in other way.

Open firefox and go to about:profiles

then you can see all available profiles here and click on make a default on your previous profile.

I got caught with this update that seems to me it tends to open a firefox account to save the data (once again or and to do what?). I got the bookmarks in .mozilla / firefox / bookmark backup or something similar but I lost all my passwords …

If you use Firefox Sync then everything it saves will be there for any new profile. I do not believe Firefox Sync will save passwords, but I could be wrong. Here’s what it does save or “sync”: 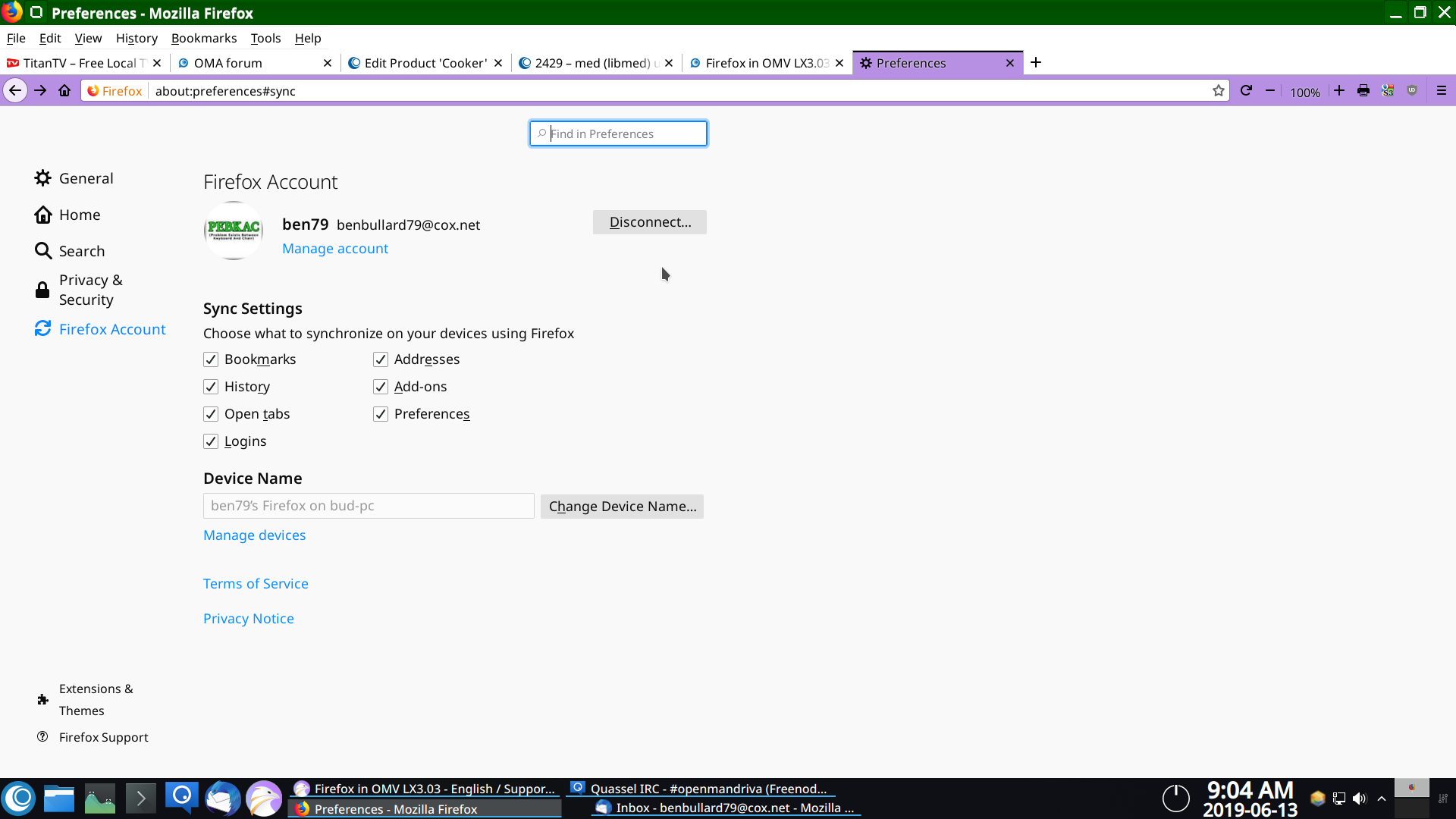 Most developers and system administrators are leery of saving passwords for obvious security reasons. And a big part of what Mozilla is trying to do involves security. Also see @AngryPenguin’s tip about using “about:profiles” it is good one.

about:profiles was one of the first things I’d tried. But, any way, I’ll try again before contacting MozillaZine…

Thanks for the tip

Well I hope you get it worked out. And I am by no means an expert on Firefox. You or @AngryPenguin both seem to be more knowledgeable on FF than I.