Before anyone says anything yes, there are 4 packages in this list so far. If you look at where we were a week ago or 3 days ago that is remarkably good. Yep, that’s right I said good not bad. Also I don’t know if any of these are being worked on by devs or will be fixed by other ongoing packaging work, but that is a possibility.

This test was done by booting ISO 2476 ‘Live’ in VirtualBox. I try to check all default applications to be sure they open, all icons everywhere, everything in systray. This is the result. Excepting OM-Welcome which was reported in another thread. List of packages on ISO 2476 that don’t open: 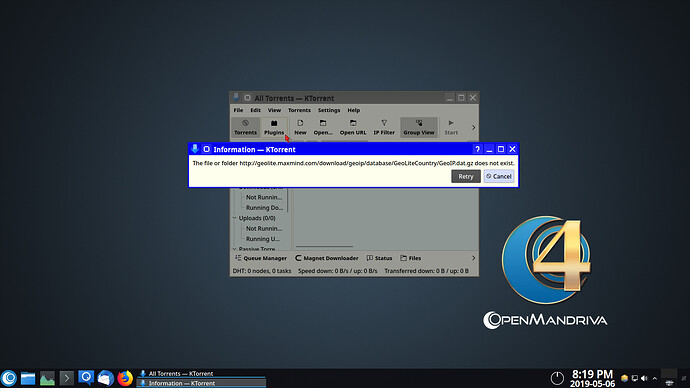 Post-edit: (2019-05-07) KTorrent is actually working the only problem is that error when it is opened.

Post-edit: (2019-05-07) Removed from list: KOrganizer seems working now (on updated system). Also removed Kamoso this may have been fixed by an update today. Any way it is working here on multiple computers.

KOrganizer seems to be working in installed system on hardware. The other 5 seem to be equally broken on a hardware system (fully updated 2019-05-07 2:00 UTC!).

Looks like the error with KTorrent is another weird thing because when user click “retry” in Konsole we see:

and KTorrent appears to open and seems to be working and at the moment is downloading our Beta torrents.

Post-edit: The screen-shot and Konsole output for KTorrent were taken in installed HW system. I don’t see the point of trying to do torrents from a VBox VM.

KwikDisk: Just does not open, there was no Konsole output at all. It is just dead.

Both are on that ISO. Post-edit: So perhaps we should remove KwikDisk. KDiskFree is working. Does not seem like there would be any reason to have both since they do the same thing.

The more I think about it I would suggest that we remove KwikDisk and KAlarm from default package list. As noted KwikDisk is replaced by KDiskFree. KAlarm should be removed just for being such a pain in the @$$.

KwikDisk should possibly also be removed from repository.

Post-edit: And worth a mention if any user is bothered by KAlarm it is an easy matter to just remover it.

Post-edit: (2019-05-07) Also does Sieveeditor really need to be in default package list. Seems like somthing someone would add if they actually need it. Vast majority of users probably don’t have a clue what this is even for.

should be removed just for being such a pain 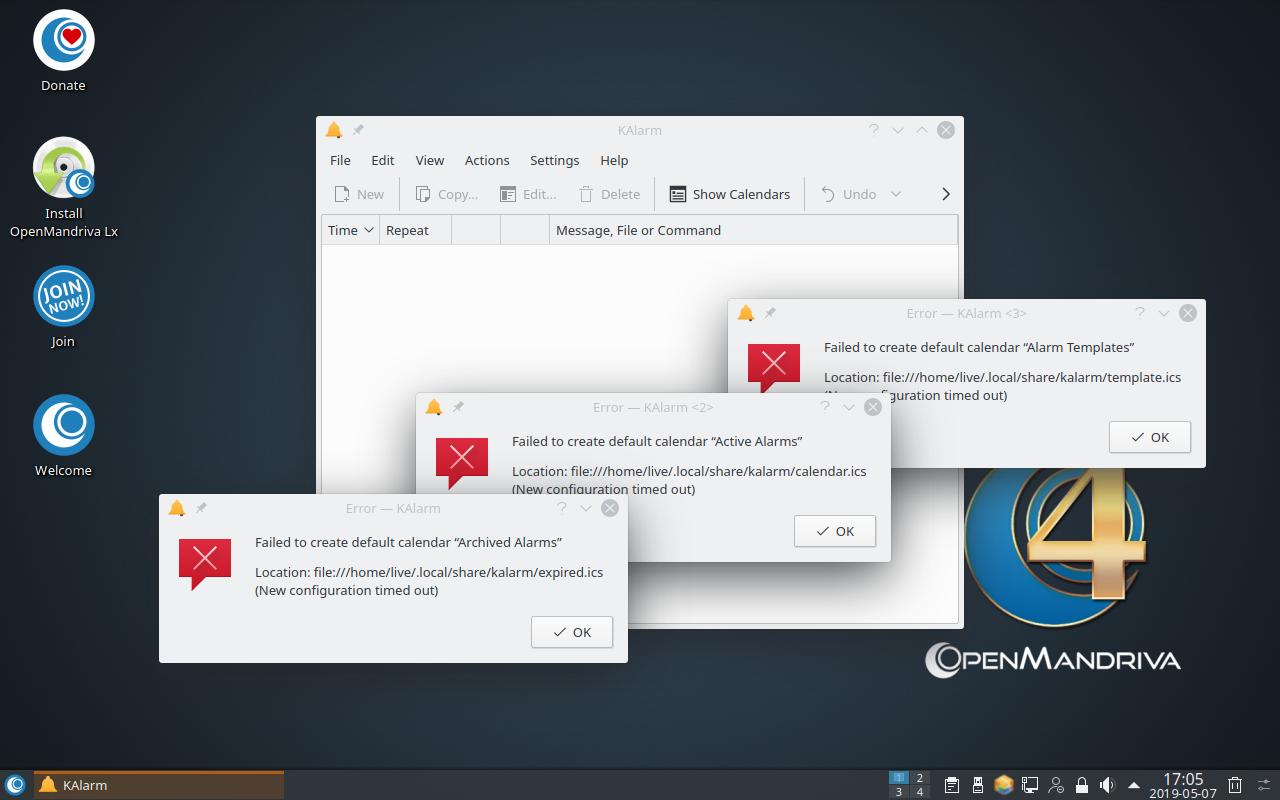 So to update things that don’t work as far as default packages:

Sieveeditor, KAlarm, and KwikDisk are all still broken. I would contend that we don’t need any of these on default package list. KwikDiskFree replaces KwikDisk and works.

KTorrent is working but gives that error on start up alluded to above.

So really overall things are looking very good to me. Just keep in mind I’m only testing that default packages and other things open and “seem” to work not deeper problems only an intent user of something specific would uncover.

KwikDisk: Just does not open

The ktorrent problem is known upstream, short version is Maxmind changed the format of the GeoIP database and nobody has taken the time to implement the new format in KTorrent yet.
However, KTorrent keeps working fine (minus the function of seeing what country you’re downloading from/uploading to), so I’m in favor of keeping it (or maybe patching out the dialog if we don’t have the time to fix the real issue).

I’d say keep KTorrent. Great that KwikDisk is working, don’t care if we keep both but don’t see why we would.