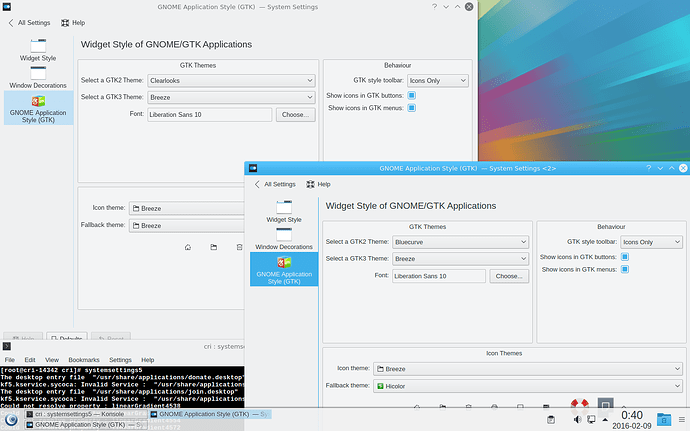 I think this is normal, because you have different users, with different settings.

In build 13342 when I opened rpmdrake window was to dark to see what I was trying to do. In other words root windows are dark, to dark to do work.

@Sirius It’s matter of consistency. And of why not to have the same settings everywhere - at least at the beginning, after the users can make their choice if they wish. 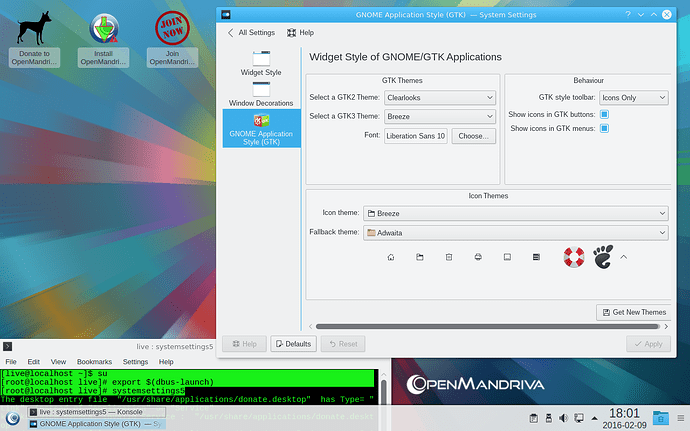 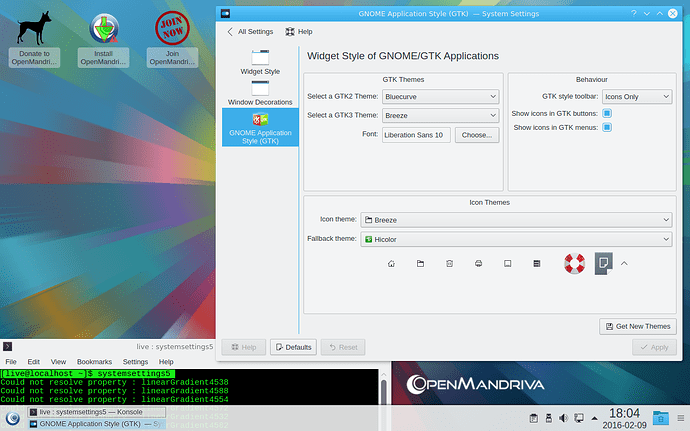 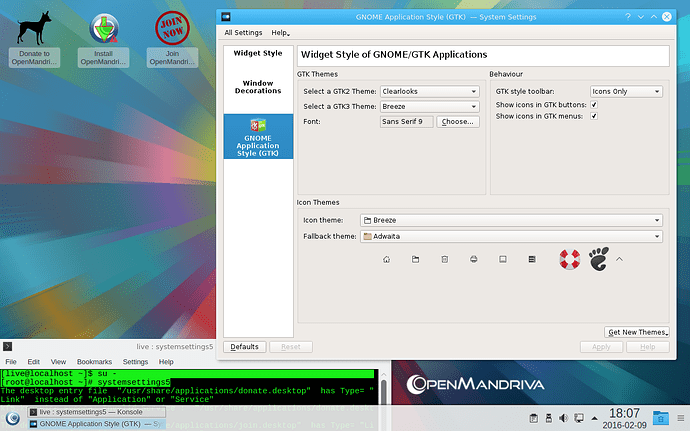 @ben79 Yes.
I bet it’s because of some_settings somewhere (where?? if we see so much different settings everywhere, hard to discover I guess). 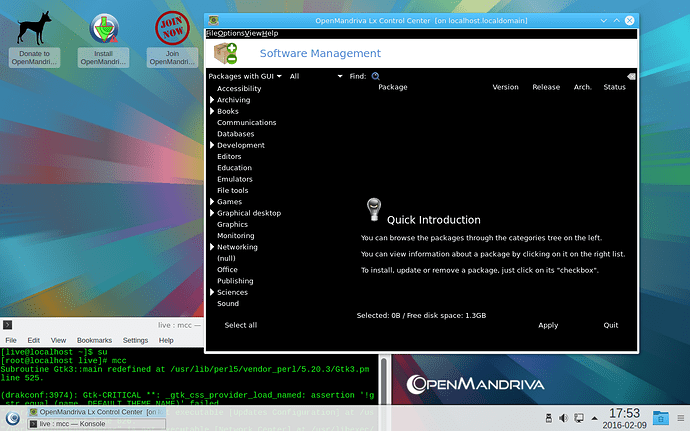 rugyada: I ran ‘kdesu systemsettings5’ in Konsole as root and changed some things so I could see what I was doing. I wouldn’t say this is a show stopper but on the other hand should be easy to fix. Another bug report?

@ben79 Not a showstopper, sure, but a nonsense and sign of carelessness maybe =)
imho.
Postedit:
Feel free to open a bugreport. You’ll be able to better explain than me

I found out that

did the trick for black Control Center appearance. It fixes also the menu height and give an overall better look.