Hello,
I’d like to share how I installed the current last OMLx release in November. Both laptops were running OMLx 2014 before but as this version is not supported anymore I had to switch to the future. It was a bit scary…

UX31E
2014.2 was running perfectly on it. I had to resize the partitions and the things went wrong. Thanks to a wise backup done before proceeding I recovered my home partition. I decided to install 3.03. All went fine and everything is working as expected!

The only issue came from the id/group of the main user’s home. Previously they started at 500, now they start at 1000. There is two solutions: either you manually set the id/group of the 3.03 user(s) to match the 2014 one(s), or you change the id/group of all documents of the former home.
I chose the 2d solution because I didn’t want my main user to be considered as a service by the system.
A simple command line did the trick:

As you can see, the former id/group was 501/506. I must add that I always mount the home partition as /home2/, then, step by step, I create links to the actual home directory. Thus I can do some tests before really using my own files. This is particularly true for config fles.

GL752VW
Unfortunately, the things weren’t as simple. The first challenge were to start the live mode.
Details: the laptop has the last available bios (Version 214 - 09/12/2017) and the secure boot is disabled.

If I edit the basic graphics mode entry, I can delete the nomodeset parameter: 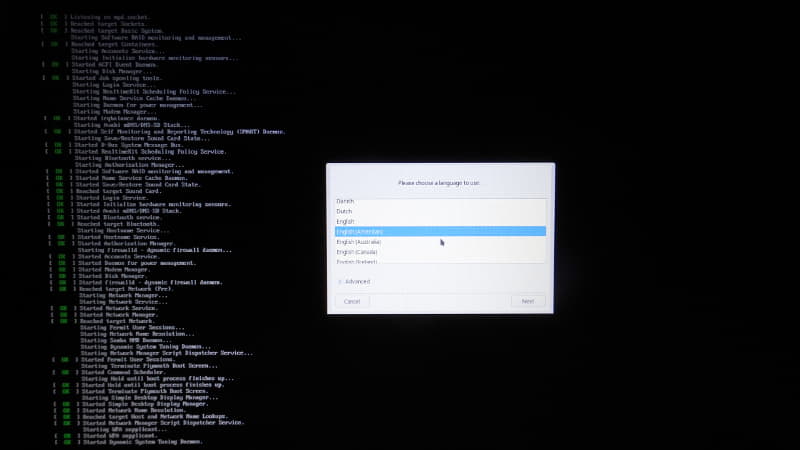 07_start_live_basic_nomodeset_success800×450 23.6 KB
Note: when starting the basic graphics mode in VBox, it is also necessary to remove nomodeset.

Some researches later, I finally chose (main changes in red):

I don’t understand very well the effect of those parameters but now, I have a laptop which works almost perfectly and better than with 2014:

The only remaining issues are:
– non working touch pad (it seems this is the case with other distros)
– sometimes, since some updates that occurred in December, the system freezes if it remains not used for a long time (3 - 4 hours)

Now I can really use this laptop even during travel.
You know what? I’m happy

EDIT: I had to add that the system is more reactive than before.

I didn’t want my main user to be considered as a service by the system.

Sooner or later I’ll have to leave 2014 too, but keep a dual boot system.
I think it is possible change UID_MIN and GID_MIN parameter values to 500 in /etc/login.defs and in sddm.conf.

I think it is possible change UID_MIN and GID_MIN parameter values to 500 in /etc/login.defs and in sddm.conf.

Thanks for the info. Anyway, I guess there will be more and more services and switching to uids/gids > 1000 will will be unavoidable one day.
If I remember well, in 1990’s, the uids started from 100…

Good news (for me): since the kernel 4.19.8 I’m able to use the touch pad. All is functional.
And my laptop is still working

I hope this will still be the case with OMLx 4!
Thanks to all and happy new year.

Well it took me a lot of time to find missing kernel configs to enable that crazy touchpad setups over smbus. Yes on 4.0 it also works, as i was affected by that issue too.

A special thanks to you TPG!